The other day I talked about how empty my fly box was starting to look. I have been fly-tying for a long time, as a matter of fact fly-tying is what got me into fly-fishing. But these days I don’t tie as much as I used to. Part of it is time (or lack of time to be more exact). Part of it is the fact that I often get flies in bulk when we get them for our site; though these days we’re selling through our flies quickly and I don’t like taking them from our inventory. But, what would you know, a man’s gotta have flies. 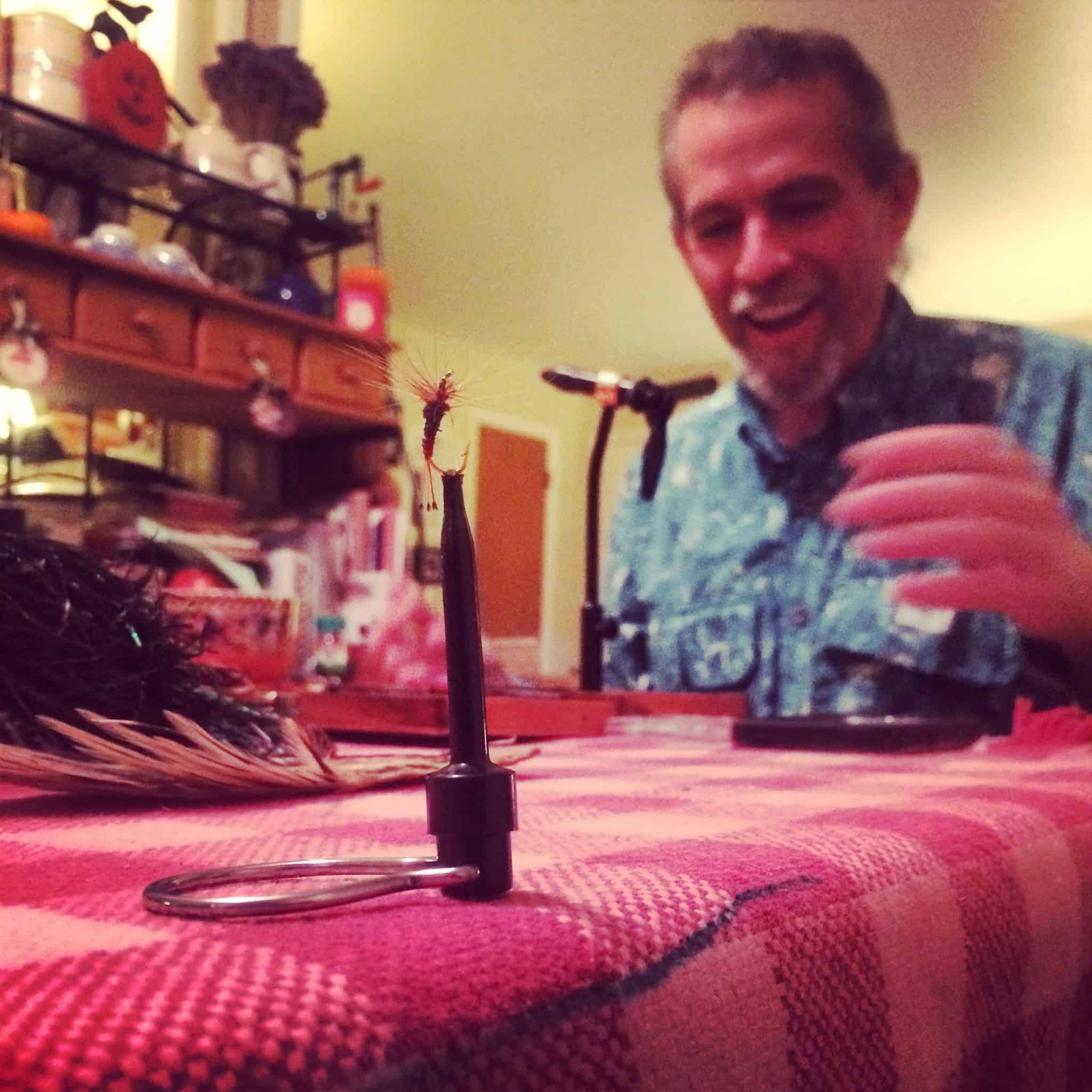 Soon after my post my friend Jeremiah texted me to see if I was interested in doing a fine whiskey, craft beer and fly-tying evening with some buddies. Let’s just say he had me at fine whiskey.

I have heard of people doing that, and I suppose I’ve held some impromptu fly-tying over a nice glass of whiskey before, but had never attended a dedicated fly-tying get together like that.

It was 5 of us, just a casual gathering. I brought a couple of vises and my basic bag of materials: a pheasant cape, a couple of small patches of rooster hackle, size 8 and size 12 hooks, peacock herl and gray and black sewing thread. Jeremiah still has his western fly-tying kit, which is composed of a lot more materials than mine.

We each also brought a bottle of whiskey to try a variety throughout the night. Steve brought some excellent home-brewed beer and apple cider. Although I love sitting with a cup of my favorite whiskey (favorite depending on the season and what I recently have turned to), it’s fun having several to sip from. Trying many kinds side by side allows me to pick up on differences and nuances I often miss. And of course I love home brews too. 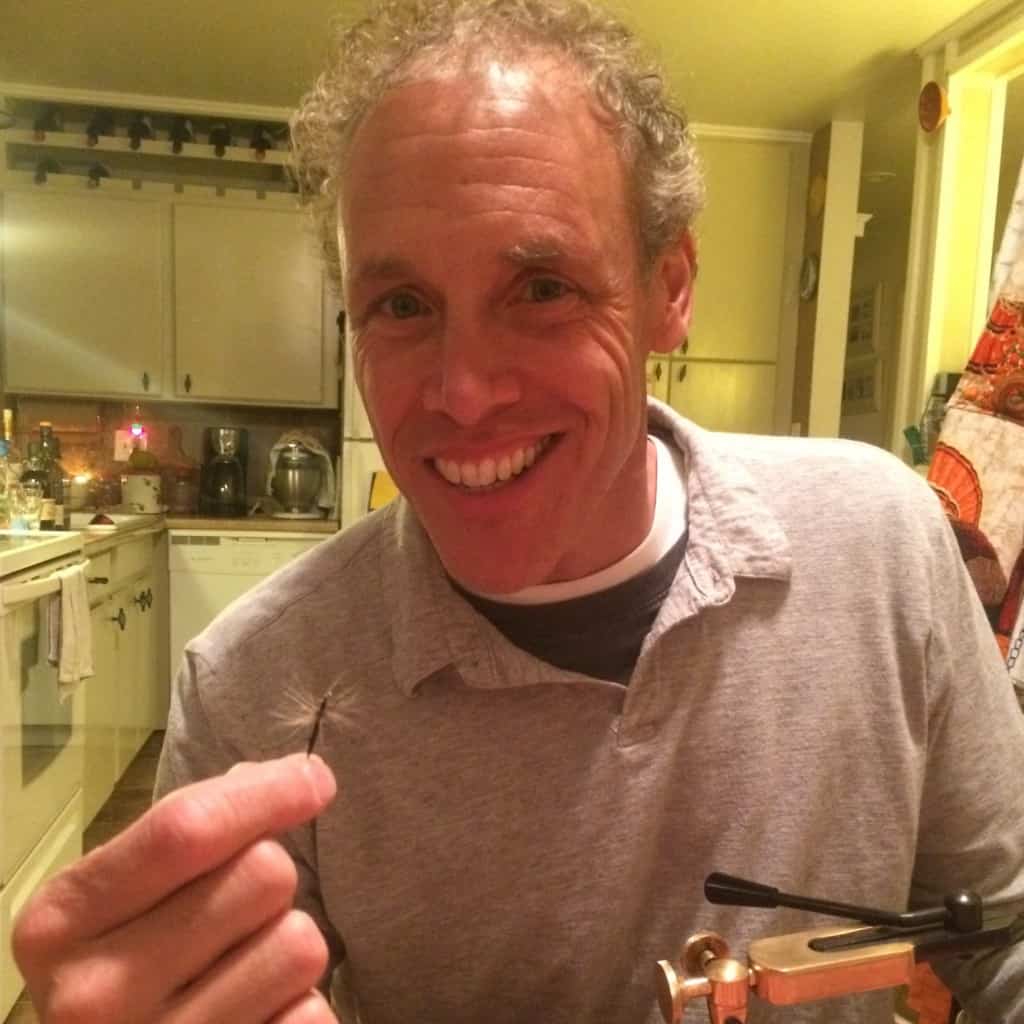 At the beginning of the night I gave Chuck some brief instructions on the basics of fly-tying. He picked it up very quickly. He was, in fact, a dedicated learner, and had many great questions as he entered this whole new hobby within fly-fishing. Pretty soon he was in the zone and it was very remarkable seeing the progress and improvements between one fly and the next with very little instruction.

His first fly of the evening is on the far right, and they are approximately in the order he tied from right to left. 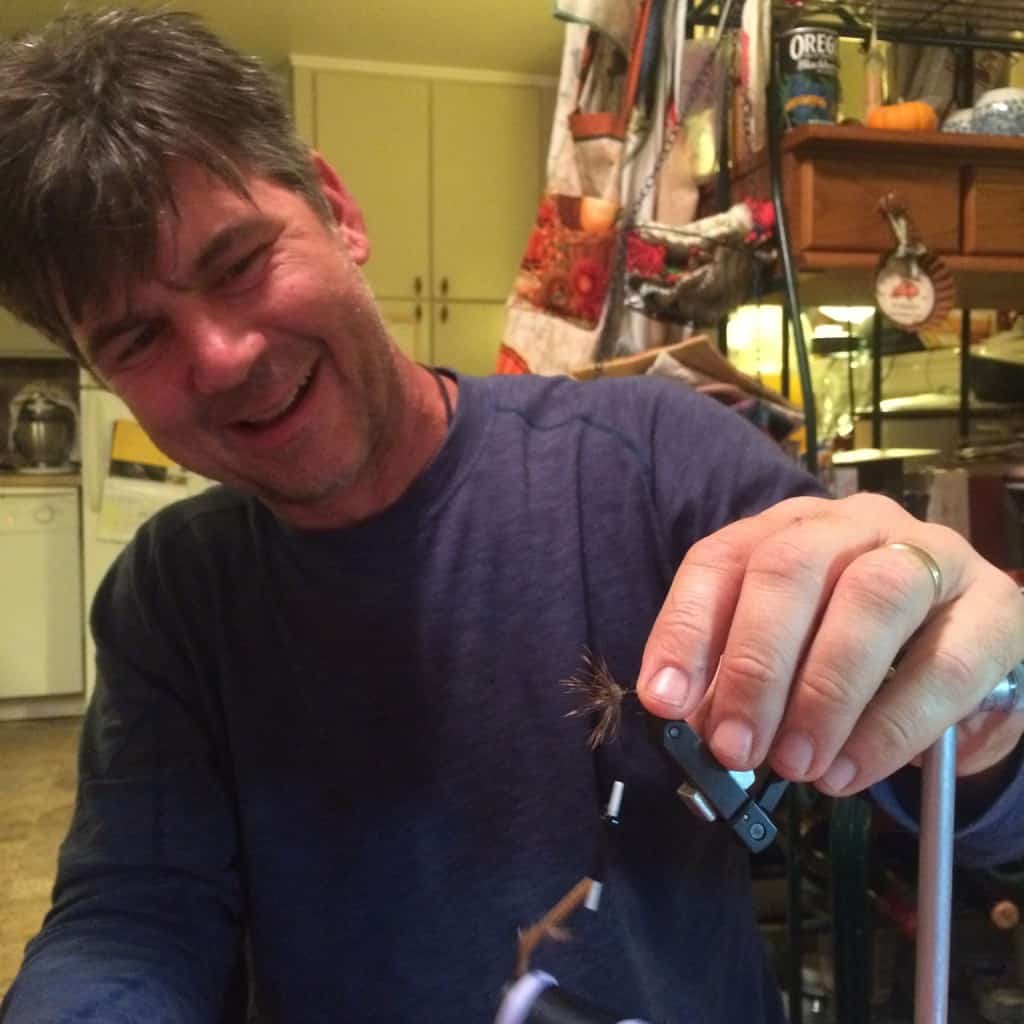 I have typically seen fly-tying as something to do on my time off, at home, when no one is looking. I confess I was a bit skeptical of the concept of getting together for the purpose of tying flies. But it turns out, it’s super fun to see what each other is creating and just spending a couple of hours talking about all sorts of things, and when the opportunity for awkward silence could have arisen, it was easy to turn and talk about that last fly someone created. I loved the atmosphere and hope to do something like that again soon. 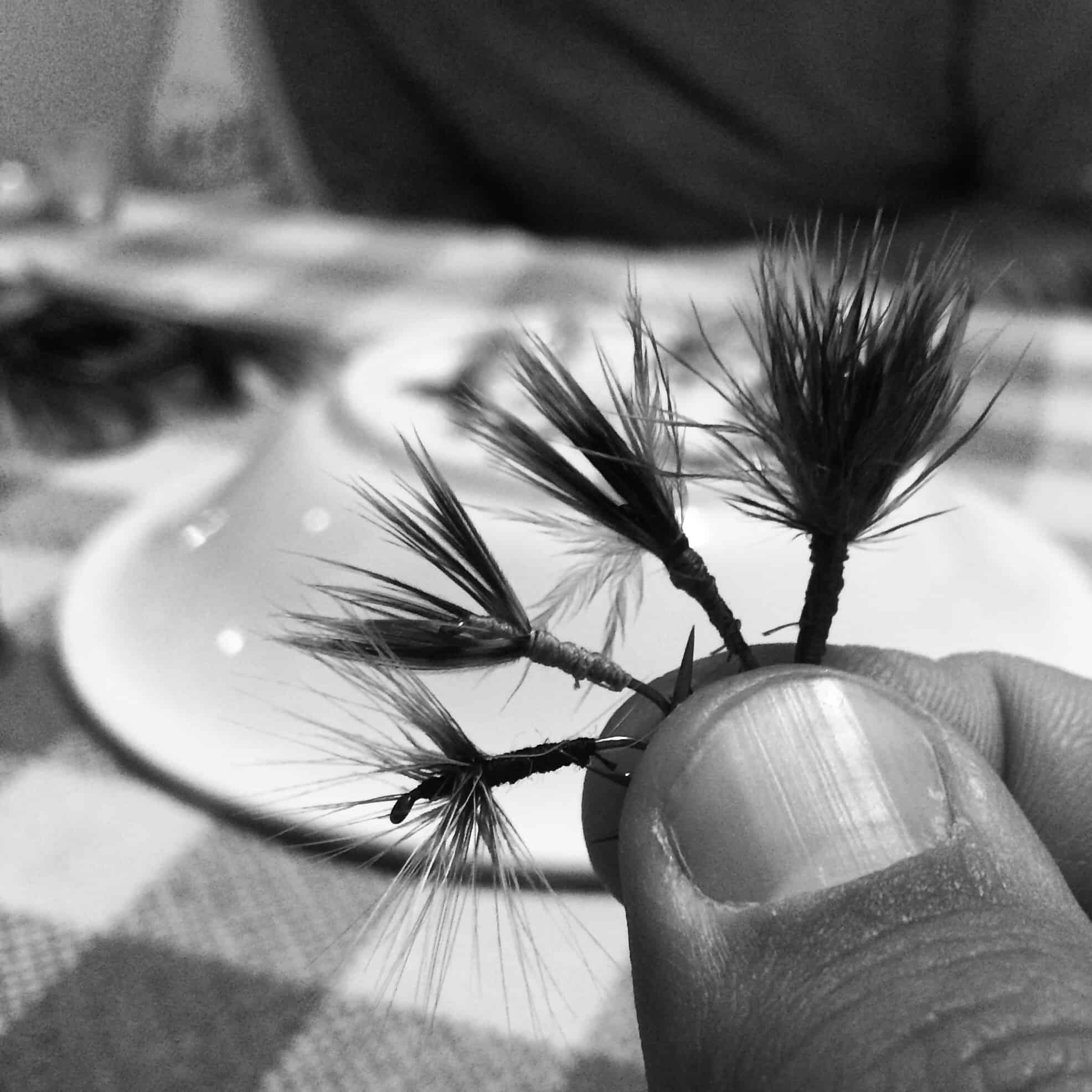 Have you ever done a fly-tying gathering before? If you haven’t, I’d highly recommend you try it. Invite a couple of people that like tying flies, and a couple of people who don’t tie much and there is a lot of camaraderie that is generated from sharing knowledge with one another. I really think you’ll enjoy it, especially when winter months may keep us all from fishing as much as we’d like, and a shot of whiskey will be all we need to stay warm.