Which rod to buy for Sierra tenkara fishing

Tenkara USA had its origins in San Francisco, California. San Francisco is by no means a fly-fishing destination, but that’s where I lived when tenkara came to me. The best opportunities for tenkara were in the Sierra Nevada. Every opportunity I got, I would make the drive to different parts of the Sierras, exploring its diverse waters as I tested rods, made short films on tenkara and just all around had fun learning tenkara. 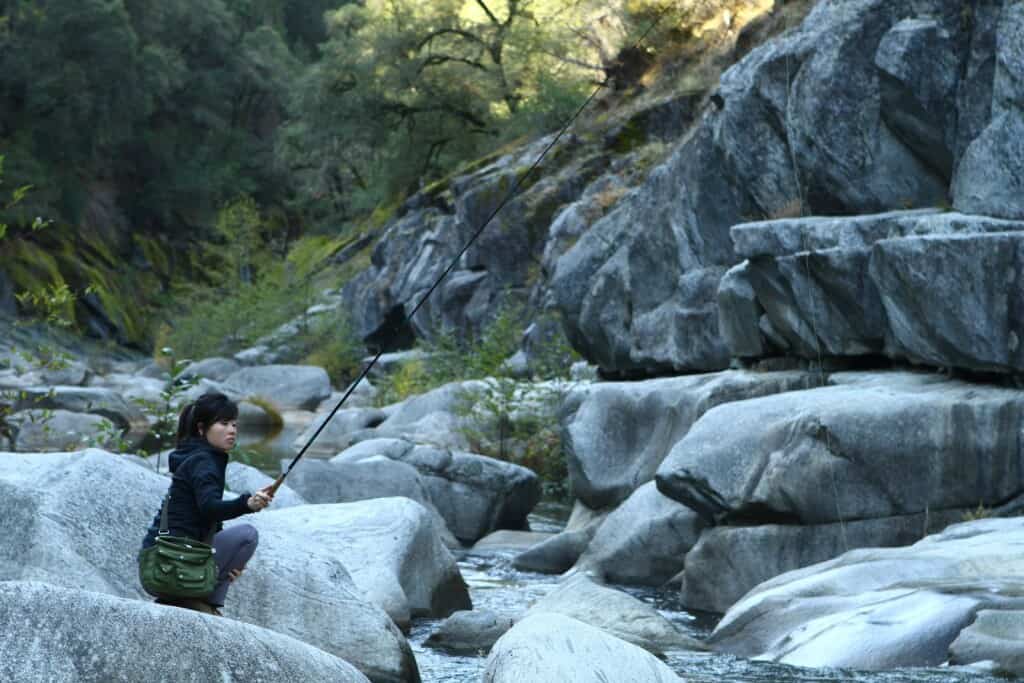 Because it is such a huge area, Sierra tenkara fishing is unique and varied, and as such the ideal Sierra tenkara rod might vary depending on the focus of your fishing. You can find small waters choked up with trees along the foothills and in some nooks of the mountain range, but you can also find wide open waters with large boulders and few trees, big rivers with calm waters, and tiny meandering meadow streams. This post can not cover every situation possible, so we will paint the Sierra in broad strokes this time as we recommend tenkara rods to consider to fish in the Sierras. Down the road will narrow it down to more specific areas.

Our main recommendation if you’re in California or Nevada and regularly fish different parts of the Sierra Nevada would be our longer rods. This would especially include the Ito, our longest adjustable tenkara rod if you know you like fishing the bigger waters, or the Sato or Iwana, both great all-arounder tenkara rods that travel well from small waters to big, and targeting small to large fish of the Sierras. 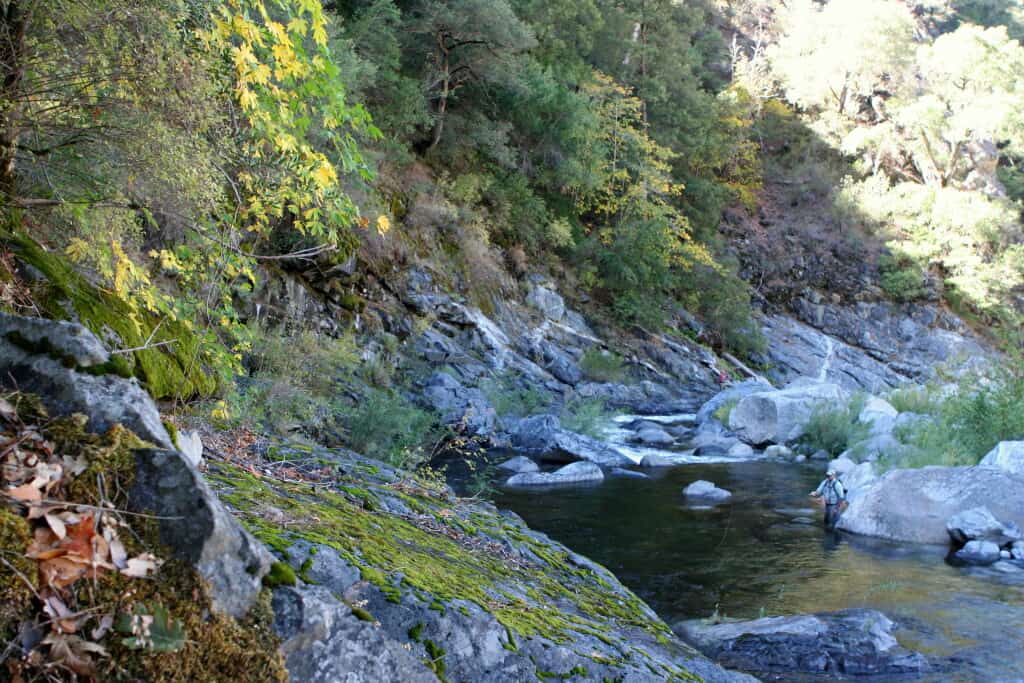 More about those recommendations for Sierra tenkara fishing 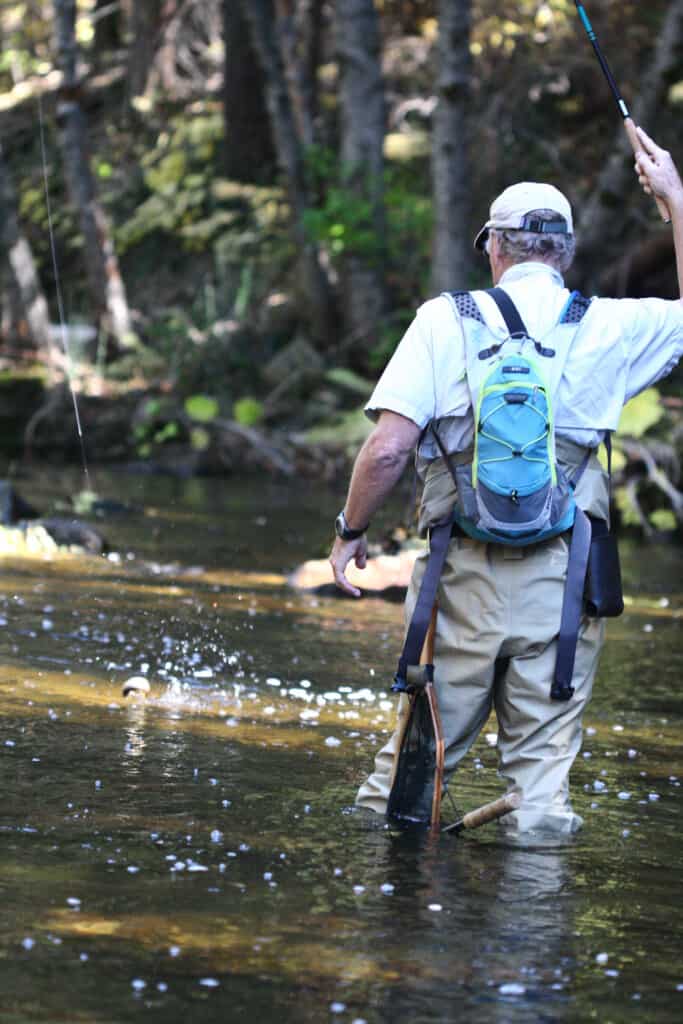 One of our recommendations as a great Sierra tenkara rod is the 12ft Iwana , which is a great value all-around tenkara rod. One of our least expensive models, it is an easy one to try, and its 12 foot length being the average length for a tenkara rod will ensure you’re not missing much length, but also won’t feel like your rod is too long.. You can fish it well in medium size streams, but if fishing smaller waters you can choke up on the grip.

Next, and considered a premium tenkara rod for the Sierras is the Sato. The Sato is an adjustable tenkara rod that can be fished at 3 lengths (10 feet 8 inches, 11 feet 10 inches, or 12 feet 9 inches), so it will travel incredibly well whether you are fishing smaller waters on Walker in the Eastern Sierra, or the bigger waters of the Tuolumne in the Central Sierra Nevada. The Sato tends to be our main recommendation basically anywhere, and it is our most popular tenkara rod.

And, lastly, my favorite recommendation for a great tenkara rod in the Sierras is the Ito. The Ito is slightly intimidating at first, with its 13ft length being the shortest and 14ft 7inches when it is fully extended. But, when tackling slightly bigger waters it is an incredible asset. You can fish it on larger waters, casting the fly across multiple currents without them picking and dragging your line. The Ito is our most popular second rod for people who have been doing tenkara for sometime, but I have no qualms recommending it as a first rod either. It is a dream rod when fishing more open waters such as the American River, the Feather, Tuolumne and other medium to large waters that don’t have as much canopy overhead. Keep in mind you can always hold the rod above the handle to fish it shorter when you find yourself in tighter spots. 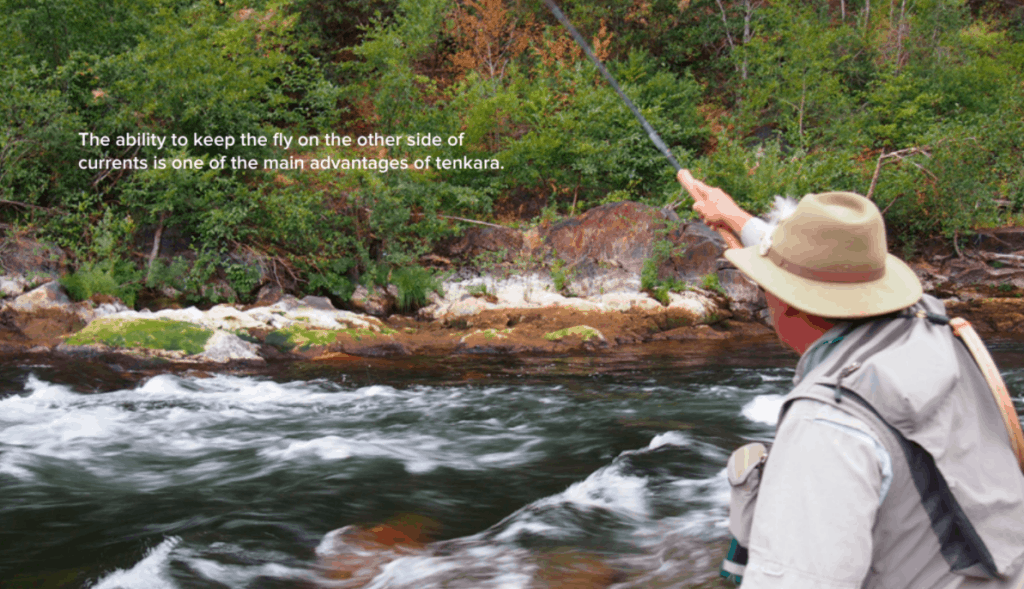 The photo above has a good story behind it. The angler in the photo borrowed my Ito for a couple of hours, and you can faintly see the end of his line reaching the calmer water on the other side of the currents. Here’s what I wrote about it on “tenkara – the book”

Effective Reach v. Total Reach
Once I went fishing with a friend who had a good amount of fly-fishing experience but was skeptical of tenkara. He tended to focus on the limitations of tenkara. In particular he was skeptical about having enough reach to get the fly where he wanted.
“What if a fish is rising a few feet farther than what I can reach with a tenkara rod and fixed length of line?” he asked.
We went to a relatively large and fast river, the North Fork of the American River in California’s Sierra Nevada. I was particularly interested in comparing tenkara to the mending techniques he used to fish that water. I think he was interested in seeing if I could land one of many large browns found there.
After fishing a couple of spots, I asked him to fish a good-looking pocket with a foam line about 30 feet away. The spot was on the other side of some very heavy currents. He told me he couldn’t.
“What do you mean, you can’t?” I asked.
“It’s impossible. I can’t reach that far,” he replied.
“Don’t you have some 50 feet of line in that reel of yours?” I asked.
Despite being a good caster and having plenty of line he didn’t try to fish it. He knew the heavy currents would immediately rip his heavy fly line. There was no chance his fly would stay on the calm water long enough to entice a fish. I made the cast, kept the rod tip high and line off the water, and caught a good size rainbow. Then I gave him my rod to try. He liked the reach of the tenkara rod. 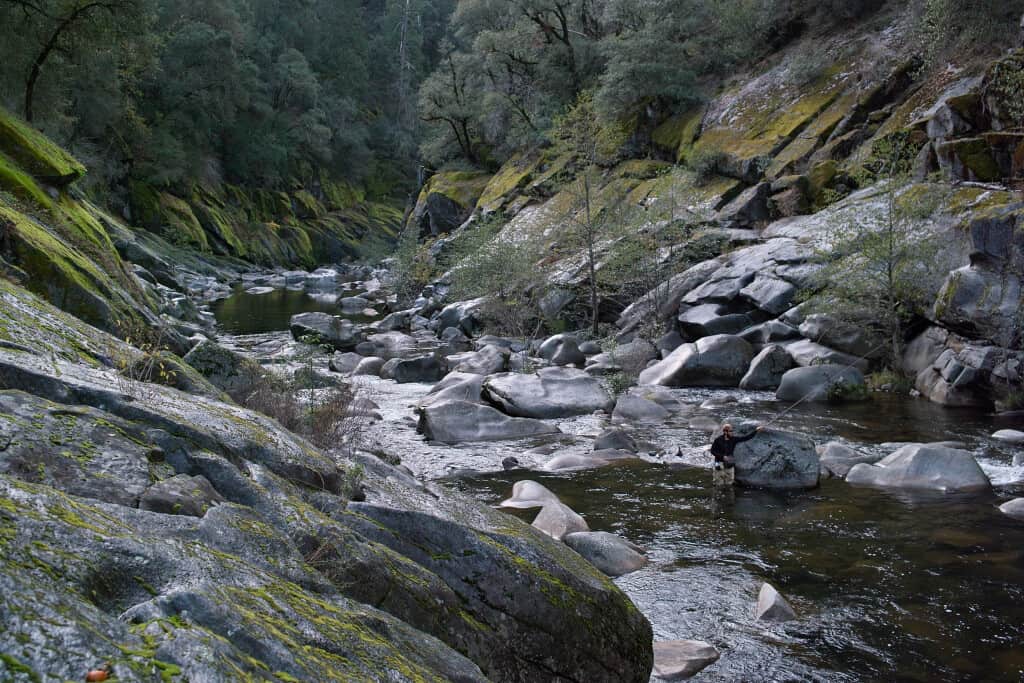 And, to leave you with a taste of Sierra tenkara fishing, here’s a video our staff member TJ, made about his last outing: