Where tenkara became concrete for me 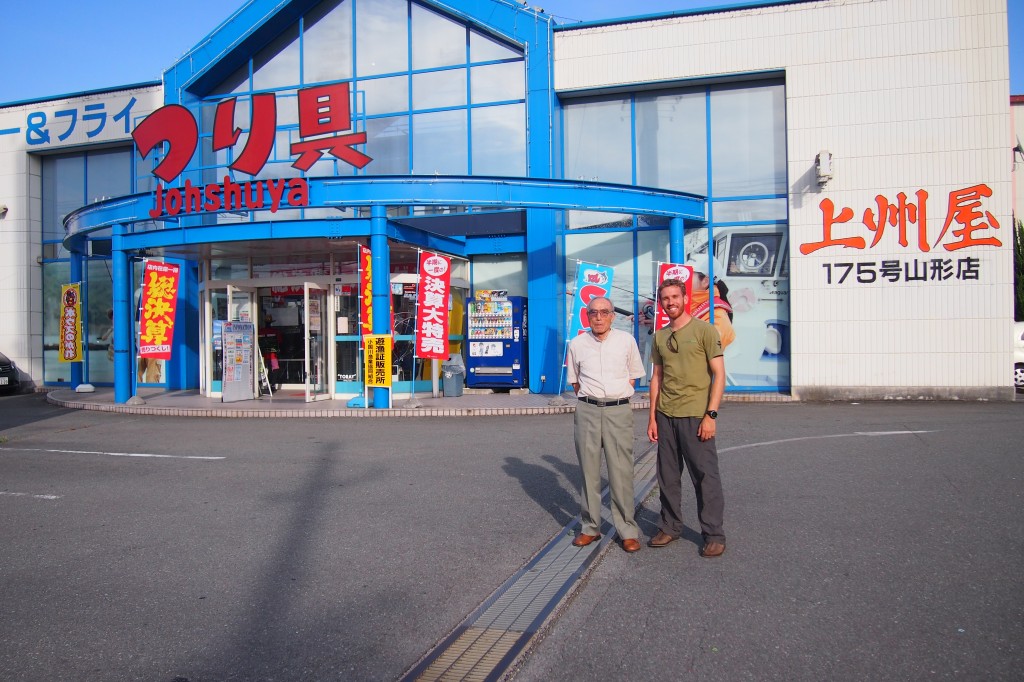 Just about four years ago, this was the store where I purchased my first tenkara rod, and tenkara became real for me. It is in Yamagata, Japan, and my wife’s grandfather took me there. He is not a fisherman, but patiently waited as I browsed the store and talked to the staff about a topic I am passionate about. I told my grandfather-in-law that that visit has changed my life and his grandaughter’s in ways we could not have predicted. I could now make a living because of that visit, and that now we have a good excuse to visit them regularly. I told him I was very thankful for him taking the time to take us there and patiently waiting.

A couple of days ago I visited the store again wanting to relive the discovery in a way.

The year before discovering tenkara in person, I had researched the topic a fair amount. I knew the rods were telescopic, that flies were used, that there were a couple of lines, etc. But, it took holding the first rod in my hand to have a sensation I had not experienced before. It was an interesting mix of nostalgia and discovery, two feelings that could be considered an oxymoron if found in the same sentence. Nostalgia because the simplicity brought me back to my childhood days of bait fishing with my dad’s telescopic fiberglass rods and bait for tilapias in Brazil. Discovery because despite the research it now clicked, and because it dawned on me that fly-fishing really could be done with a telescopic rod and no reel – a thought that I probably had a hard time accepting before this visit.

Upon reflection it makes me wonder if I should concentrate more on putting our rods in the hands of more people, so they could have the same feeling I did. But, on the other hand, it looks like people are discovering tenkara and feeling nostalgia and discovery despite not visiting this same store. Everyone will feel different emotions upon the discovery of tenkara, and yet another feeling once they try it.

Personal experiences are hard to share. Just like tenkara will be done in a variety of ways, everyone will have their own version of discovering it. Those stories have been shared widely in different blogs on “my first time tenkara fishing” and are delightful to read.

5 Responses to Where tenkara became concrete for me