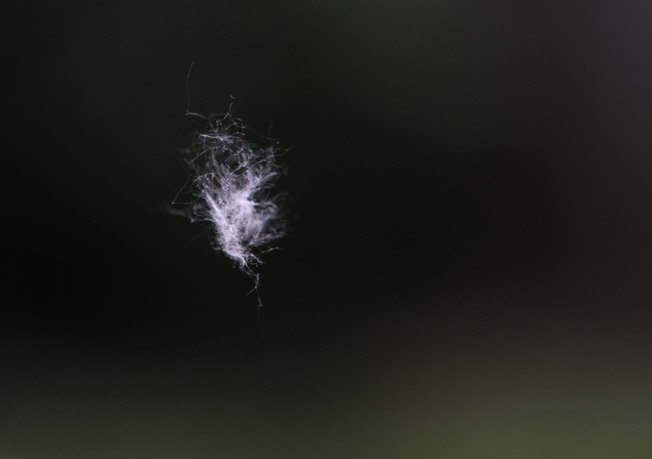 Fly tying can be a wonderful hobby in itself. But since I have  personally embraced a philosophy in which the fly pattern is not all that important, it has been a while since I have done any creative fly tying.  Last week Anthony Naples provided some inspiration for a fly I thought I should tie using the cotton from the cottonwood trees as dubbing. Anthony himself was inspired by the Japanese tenkara angler’s use of the zenmai, or fuzzy material found on the stem of certain ferns to tie flies. But, while zenmai is available, it is difficult to find stateside. His post was very timely.

I have never lived anywhere with a lot of cottonwoods, but we have plenty in my new neighborhood. 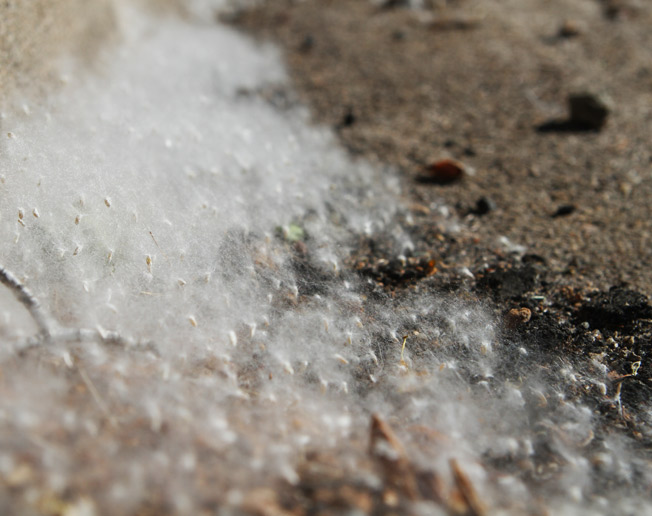 At the time of Anthony’s post, the cotton from the cottonwoods was not yet falling. Then, this past Saturday I started noticing a few falling here and there. They fell sparingly and I collected a few I found on our lawn. I had no idea what to expect from the cottonwoods, but it is as they say, “when it rains it pours”. Yesterday, a very warm day with some breeze, the cotton was to be found everywhere, and at moments it felt like it was snowing. Whereas the day before I labored to find and collect a few, yesterday they collected by the handfuls on the streets.

Margaret, my wife, just told me that cotton is “wata” in Japanese, so I’ll call it the Wata kebari. Here is my first fly tied with the material.  Like Anthony I found the cotton to be very easy to spin on thread. It did not require any wax or anything like that. I did remove the seeds, which come off very easily, lest they find themselves in a land where they don’t belong and become an invasive species. I also decided to do a quick test with the material in water. I was expecting it to absorb water, especially when spun tight, and thus help sink my fly. But, it seems to have a hydrophobic property that keeps it floating well even as I tried to push it down. I have no idea how they fly will stand the test of time, but I thought it would be a neat experiment. I’ll probably have to bring some of it to my friends in Japan when I come visit later this year, so I’ll collect it while I can. 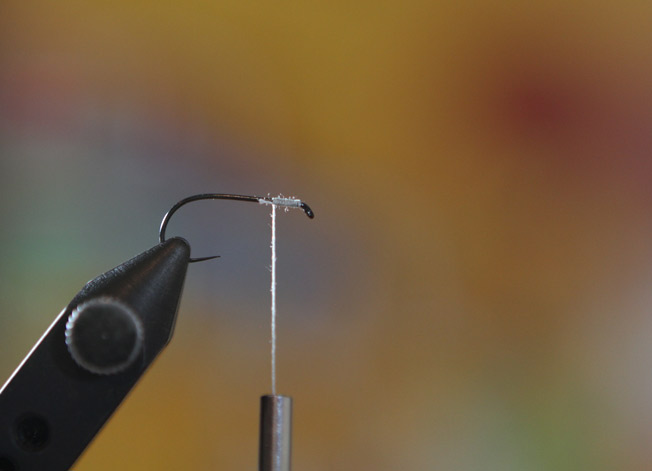 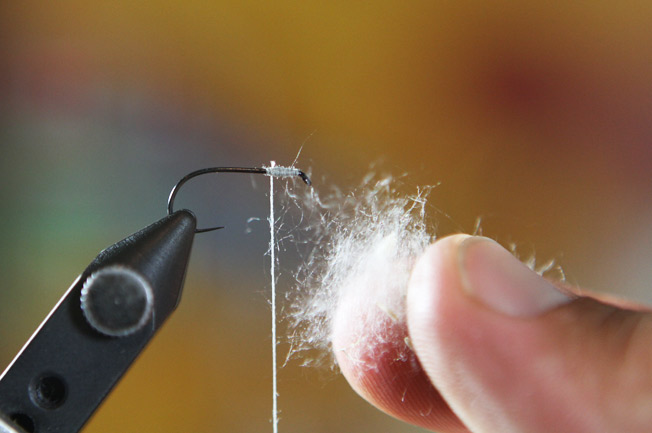 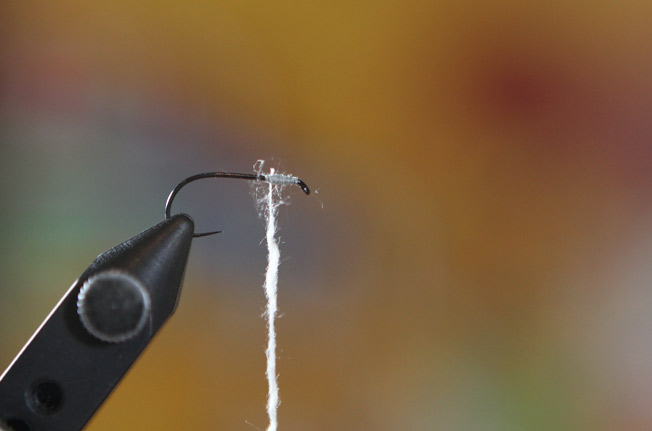 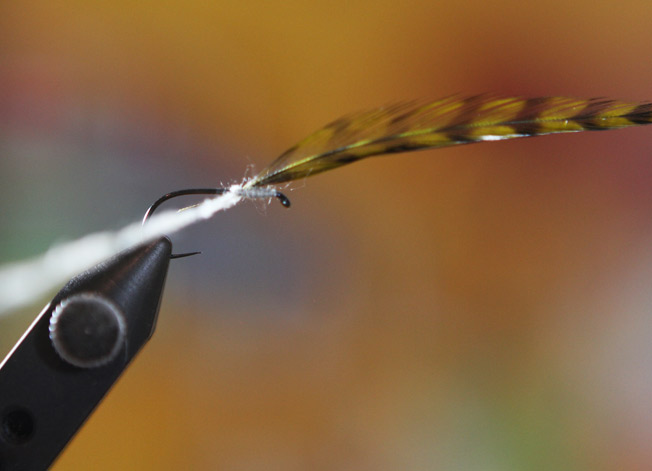 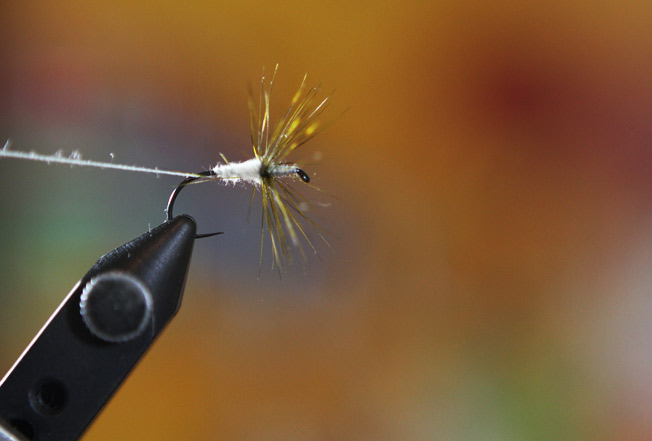 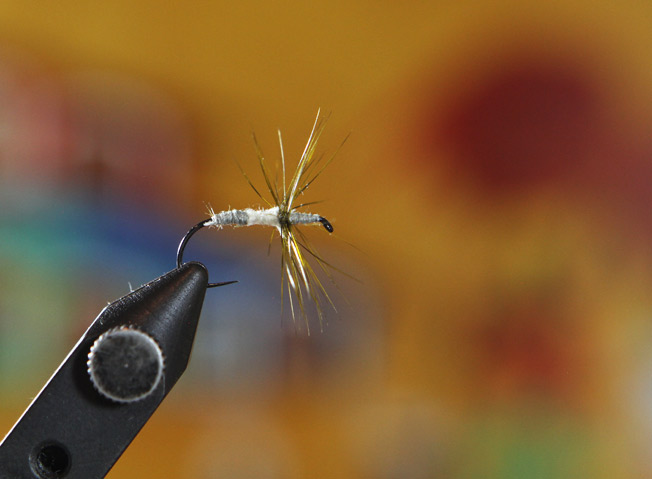