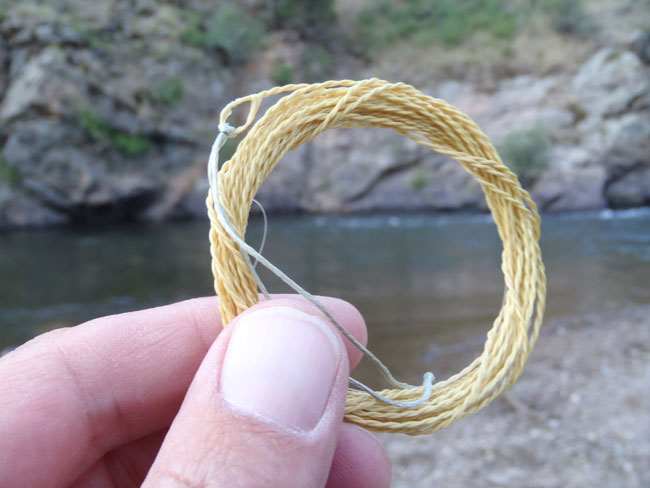 When I first started fishing tenkara I fished tenkara furled lines exclusively but eventually gave up on them because they turned into a snarled mess when you pulled a snag out.  That’s because they were made of monofilament (which stretches). That problem has been address by Tenkara USA and the new Tenkara USA lines are made of Kevlar which has no stretch, and a different taper, so that annoying problem is a thing of the past.

Many anglers like the way the traditional tenkara line cast better than level lines as they almost cast themselves it seems.  Level lines have their advantages, but so do traditional lines.  And today, I rediscovered some of the nice things about them.

So am I becoming a furled line convert?  Probably not.  There are too many things I like about level lines (mostly, the ability to change length).  Everyone has their preferences though and I think traditional lines definitely have their place.  And if they fit your casting style, I think you’ll be very pleased with the new Kevlar upgrade.

Which do you prefer:  level lines or traditional lines and why?