Today’s view from my room, and tenkara fishing

Actually, the title is a bit delayed. This was the view from my room yesterday, when I stayed at a most quaint ryokan (type of hotel) in the small town of Osaka 小坂 (not to be confused with the big city of Ōsaka, 大阪). In case anyone is interested in coming to this area (highly recommended if you can), the ryokan is the Sengakukan, very famous in the region (and for disclosure, I did receive free room and board without any expectations of promoting it, though I’m happy to do so). 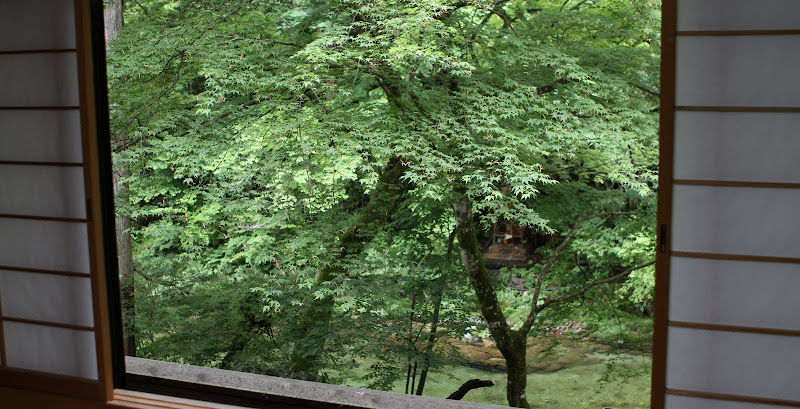 The fishing was okay. As with most streams in Japan, the number of fish in the rivers was not that large. The fish that do remain in the water are just gorgeous, as they have not been beaten up by bad catch and release practices. 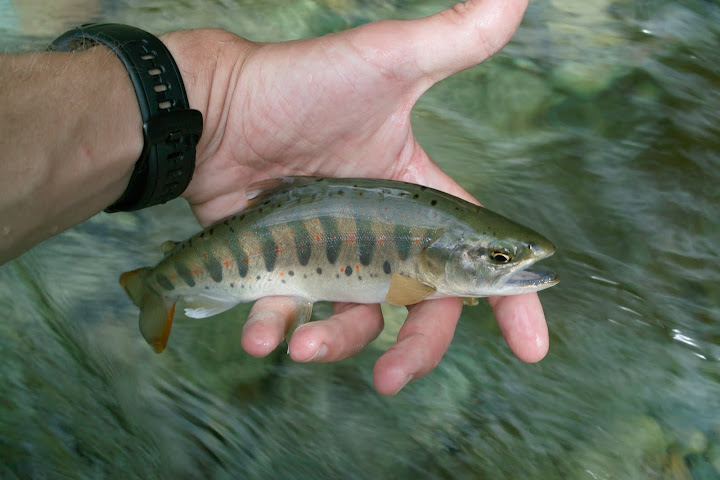 Osaka is famous for its waterfalls and “shower climbing” (canyoning through waterfalls and pools). In all, the area is estimated to have over 216 waterfalls, though some people suspect it has even more falls that are hidden deep in the woods.
How I cam here was interesting. On Saturday, I met the owner of the ryokan here in Maze. She said her husband really likes fishing, and that I should get to know their town and possibly fish with him. She invited me to come the next day and stay there. What an awesome couple of days those were.

The ryokan was right next to a gorgeous river, which you can see on the picture above. The owners of the ryokan took me around town to see the waterfalls (they hiked around in their yukata robes, adding to the feel of “romantic Japan” that many people may have). 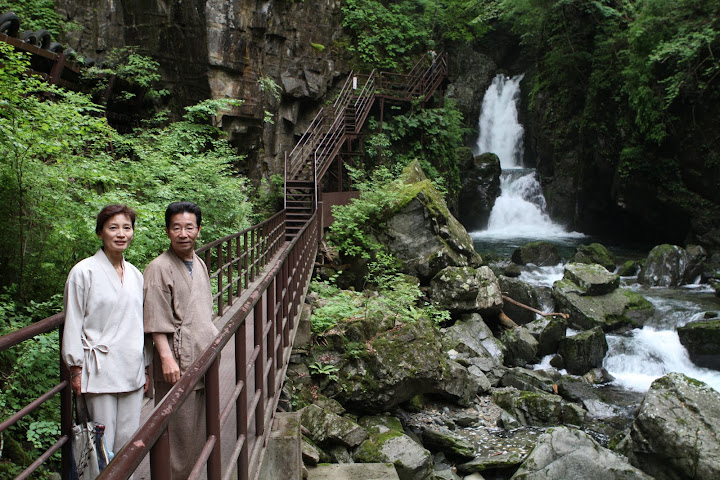 After hiking to the falls I met two local guides of my age, who volunteer as guides during the weekend. They said they do shower climbing and enjoy fishing. We agreed to fish the yumazume (the evening activity period) together. We were also treated to a 5-star dinner by the owners of the ryokan and were joined by their son who works there and is about my age. Unfortunately, we couldn’t find dates to go shower climbing/tenkara fishing together before I leave. I have to return next year so we can do the 3-day canyoning trek to Mt. Ontake. 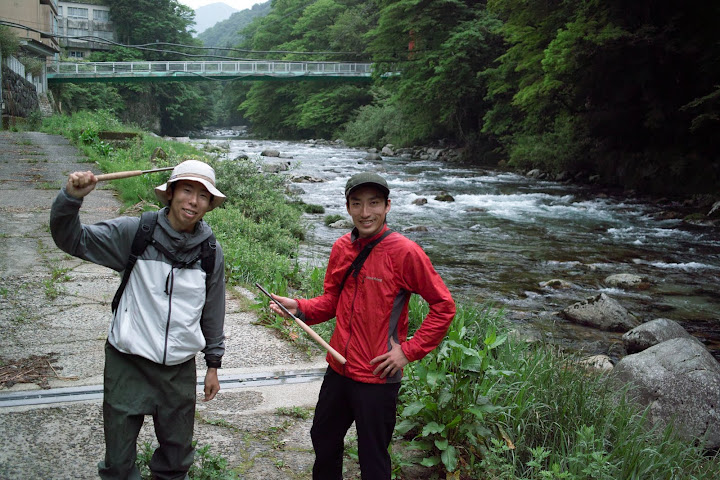 The stream behind the ryokan featured a few points where natural spring water bubbled up. The onsen water feeds a fountain inside the hotel where one may drink it – it has a very interesting soda texture to it, but tastes a bit like, well, fart (yes, the sulphuric smell of many onsen water sources). Apparently it’s very good for your health, but I could only must a glass of it. A few dishes are also cooked with that water. Hot onsen water also feeds the outdoor bath of the ryokan. Today I learned that the word onsen is used for both hot and cold spring water, though it’s normally associated with hot water in Japan.

I will have to write another post very shortly about the Hoba Sushi Festival over the weekend. It was a surreal event during the evening, as we lit 10,000 candles on the fishing center grounds and lining the banks of the stream next to it to remember the victims of the earthquake and tsunami.

8 Responses to Today’s view from my room, and tenkara fishing