The town where everyone fishes tenkara

There is a town in the United States where its entire population fishes tenkara. 100% of its people has a Tenkara USA rod! I know it because I just stopped by there last week and got to meet the town’s mayor, who himself is a huge fan of tenkara too. 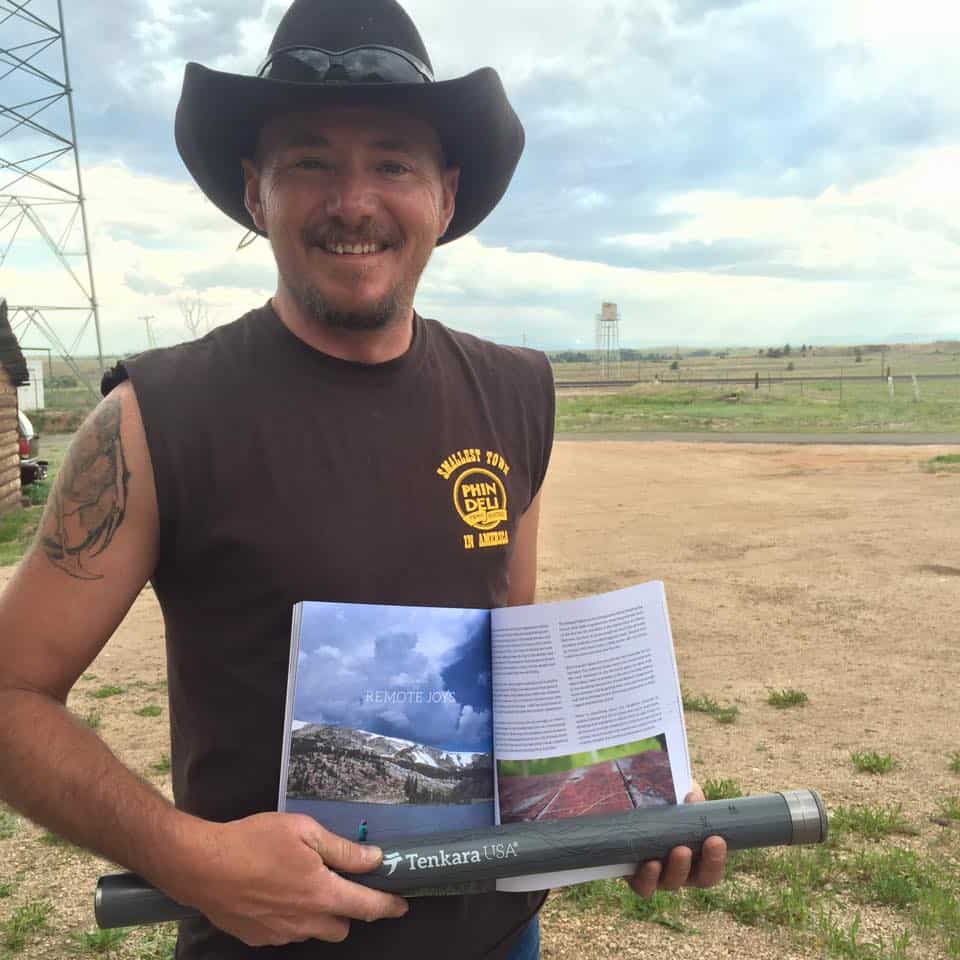 Although it sits in between several of Wyoming’s famous rivers, it is not one of the West’s fly-fishing destinations. I myself know the town because it is right by a somewhat popular rock climbing destination, Vedauwoo (which is where Scott Hunter got the name for his own fishing pack company, Vedavoo).

That town is Buford in Wyoming. Dubbed the “smallest town in America”, Buford has a convenience store/gas station, and one resident, who is himself the official town’s mayor.

A few months ago I went climbing in Vedauwoo, but arriving there with freezing temperatures and high winds my friends and I decided to drive 5 minutes to Buford and get ourselves some coffee. Unfortunately the store was closed for renovation. Outside sat a silver Toyota Tacoma. Someone in our group noticed a Tenkara USA sticker on its back window, though we couldn’t see its only resident anywhere. If it hadn’t been so windy I would have tried to find out whose truck that was, but that day I decided to get back inside my cozy car.

This last week I was driving back from Utah and just as I came near Vedauwoo I noticed my car was running low on gas and I was starting to run out of water. Conveniently there was Buford’s only business to save me. I got what I needed and then struck up a conversation with the store’s clerk, “Is that your Tacoma with the Tenkara USA sticker, by chance?”

He turned around to look for something, and a second later produced the third volume of our Tenkara Magazine! He opened its pages to a photograph I instantly recognized, it was the photo and article by Alison Pluda on fishing in Wyoming. I had read it, but it never clicked with me that she was talking about the Buford I had driven by a few months earlier and was also talking about its only resident, Jason.

I jokingly, with a smile, asked Jason if he was also the mayor. He seriously responded that “yes”, he was indeed its mayor. That made a lot of sense, the smallest town is incorporated and of course it has to have a mayor.

We then chatted a bit about his favorite waters in the area, which mostly consist of beaver ponds with lots of brook trout.

I couldn’t stay very long, I had been driving for nearly 7 hours and still wanted to make it home for dinner. I gave him a few more stickers and copies of our magazine which I had in my car and left with the promise of returning soon.

He’s not that far away. He promised to take me to his favorite spots, perhaps on horseback. Plus, where else in America can we have the claim that all 100% of its people, including the mayor fishes with a Tenkara USA rod?

» Tenkara Community » The town where everyone fishes...

3 Responses to The town where everyone fishes tenkara