The Tenkara Community is awesome

Today we had the first “Tenkara Takeover” event in the country. The idea was to get as many tenkara anglers in one popular stream as possible, and take it over with tenkara. It was a terrific event. The community of tenkara anglers, and several people interested in tenkara, showed up en masse today at Boulder Creek, near the town of Boulder, Colorado. 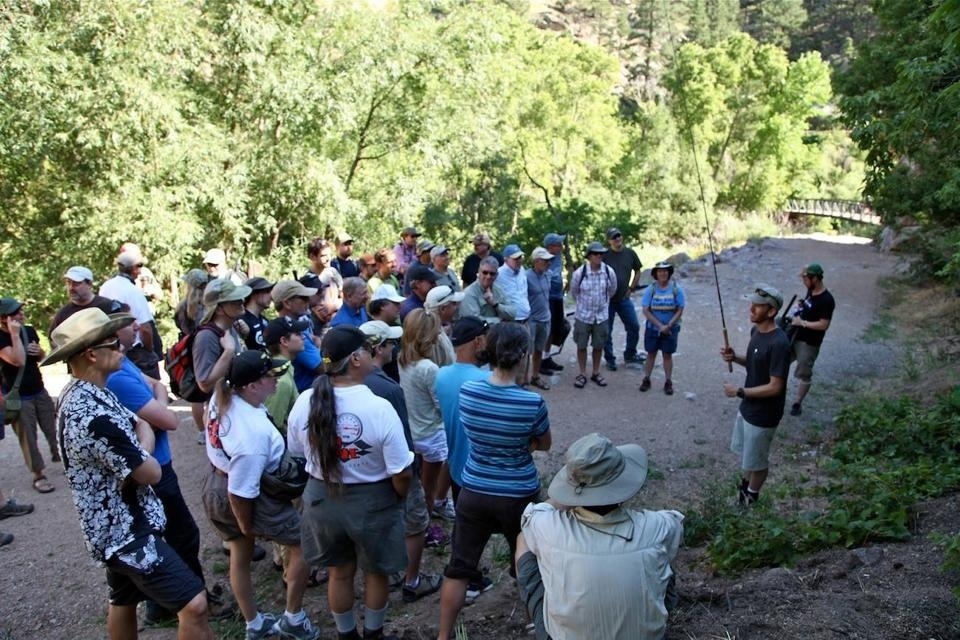 Over 50 people showed up. Roughly half were very new or completely new to tenkara. We had instructions for a bit over an hour, with me showing how to rig a tenkara rod, then how to cast with tenkara, and some tenkara techniques in the water. Then we all rigged up and fished up and down Boulder creek. 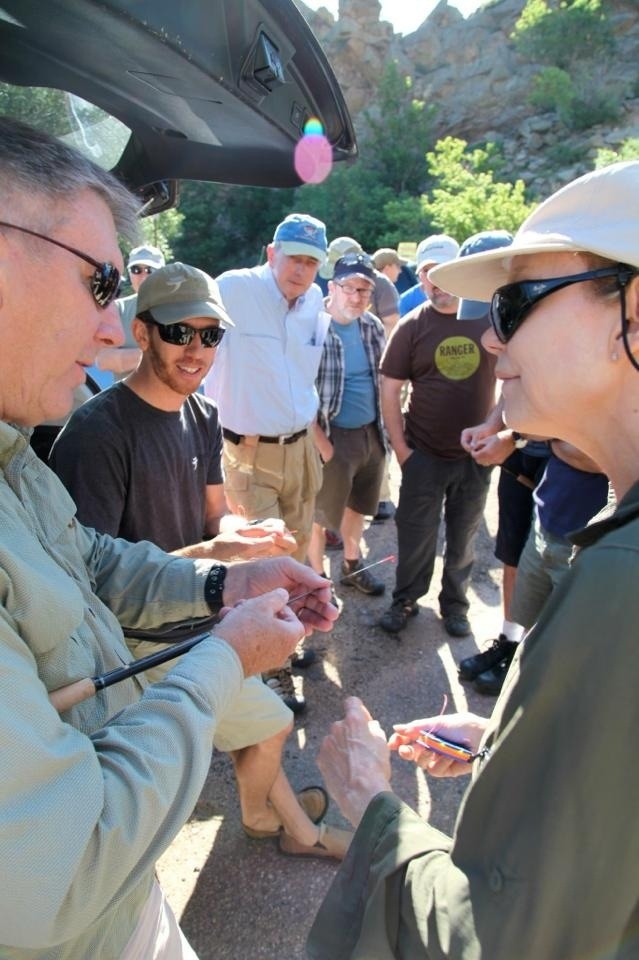 Immediately I started seeing people catching the creeks’ rainbow and brown trout. But the coolest thing to witness was the super warm camaraderie among the tenkara community. Every so often I would see one attendant helping another with rigging their tenkara rods or with casting.

We also achieved the objective of turning the heads of a great number of passers-by who were intrigued by the long telescopic. At least two people were completely turned on to tenkara today simply by watching us. One man tried a fly casting class about 8 years ago but thought it was all too confusing; he saw me showing one of the attendants how to fish, missing a couple of fish but having a ball. I taught him how to cast in less than two minutes (and his casting form was flawless). As he left he had a huge grin which clearly said “Cool, I’ll get to fly fish!” Another woman said she had seen anglers there before, but that this looked so simple and fun that she just had to look at giving this a try now .

It was terrific to see in person how many people tenkara have been touched by tenkara. Today was the physical manifestation of the tenkara lifestyle I talked about a couple of days ago.

7 Responses to The Tenkara Community is awesome

« The Tenkara Lifestyle Trivia: Why does our logo look like that? »