The Story of the Vagabox

Forum user Acheateaux had a brilliant idea: the Vagabox. The Vagabox is a traveling fly box that will be “bringing surprise, intrigue and fishing stoke with it wherever it goes. You fish with the box, enjoy it’s humble offerings and post up some stoke here.”

The idea is to have a tenkara fly box that will be passed from person to person for 2-week stints. Each participant will fish with flies from the box, add at least three new flies and replace any lost flies. The flies are of varied nature, with a good mix of tenkara flies and other western fly patterns. With the box there is a journal, “The Tale of Vagabox”, where participants can record their experiences. While the project is currently limited to 13 people through the end of the year I won’t be surprised if it just keeps on going. 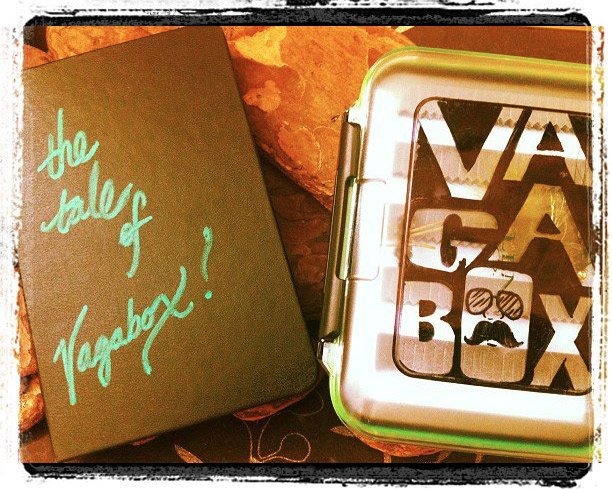 Acheateaux kicked the project off in Evergreen, Colorado, where he filled the box with a variety of flies and proceeded to catch some fish with it. From there the Vagabox traveled on to Franklin, North Carolina, where it enjoyed some good fishing at the Great Smoky Mountains National Park with Mike. And finally it has made its way to California, where it is now my turn (I’ll also be taking it to Montana next week for an additional trip for the Vagabox)

The map below is interactive. You can follow the journey of the Vagabox and read its experiences right here. Click on the Vagabox face to read more about all the places it is visiting. New places will appear every two weeks or so.

I received the box earlier this week. Although I should was expecting it, receiving the box was a very nice surprise. The box has a super cool illustration on its cover and the journal is pretty nice and already has some posts in it. I looked at the flies in the box and was inspired to tie my 3 contributions right away. I tied a 3 flies on eyeless hooks (to tie a tenkara fly on eyeless hook take a look at this video) and made them in the traditional sakasa-style.

5 Responses to The Story of the Vagabox

« Confessions of a Recovering EZ Keeper User Is Terminal Tackle Killing your Versatility? »