Just got the new plates for the Tenkaramobile. Can you guess what car it is?

The first person to answer what car this license plate is on will receive a box with 6 flies that I’ll personally tie. – update: the prize has been given. 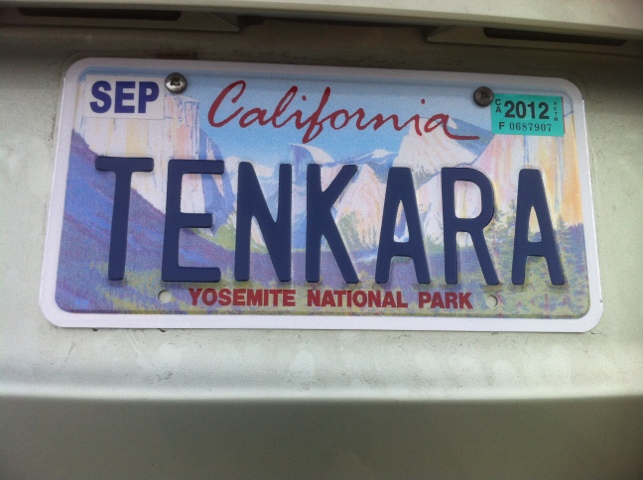 UPDATE (11/29): Most people were super close! I actually agonized for days on whether to put the plates on my Subaru Outback, which really is the mountain car, or on the Prius which is my environmentally-friendly business car. In the end the “TENKARA” plate went on the Prius, and Paul will be getting the flies – Paul, send me an email with your address please. 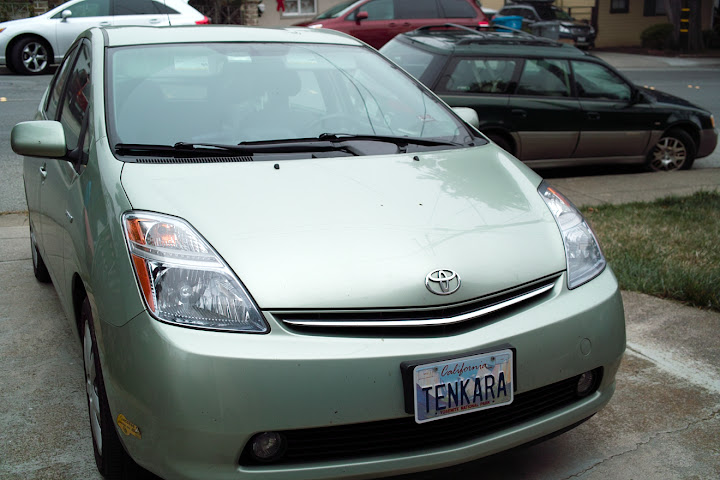 I use the Prius much more than the Subaru these days, so it will get more visibility for the tenkara plate. It’s also the car used for business purposes; it started as a vehicle for running errands around town, going to business meetings, etc, but then it was hard to not take the Prius on the longer fishing trips – ah, the pleasure of getting 43 miles per gallon! Even though it has much less clearance and is not a 4WD, it’s hard to beat the gas savings. Although it’s nice to have clearance and 4-wheel traction – and a couple of times I thought I would get stuck in places where I was so used to driving into with the Subaru without a second thought – most places don’t really require 4WD and high-clearance and  the Prius has proven trustworthy as the tenkaramobile.