This is Tenkara Week – Idaho.

For quite sometime I have thought of coming to Idaho, it just never seemed to work out in the past. Then, recently a very dedicated tenkara angler, John Ellsworth, convinced everyone here to bring me over for a presentation and clinics with Trout Unlimited’s Boise chapter (Ted Trueblood Chapter). John, with the help of Rick Williams, one of the owners of Idaho Angler and someone who totally gets tenkara (and is a huge conservation advocate) organized the week around tenkara. Thank you John and Rick, and TU for making this happen. It started off great.

Please read on for what kinds of techniques and flies worked best on yesterday’s outing. 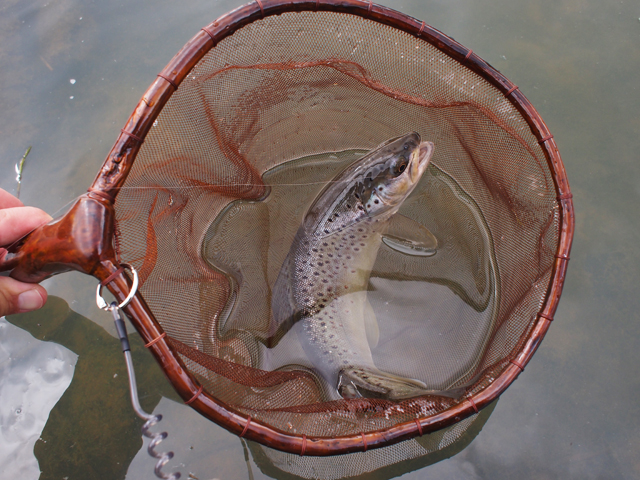 On Wednesday evening I gave a presentation to a packed room at the TU meeting. The presentation went pretty well and there was a great amount of interest aftewards. Prior to the presentation we spent sometime tying tenkara flies, and Carrie showed a couple of flies she had been tying.

Yesterday, Rick and I were joined by Chris, the head guide at Idaho Angler, for a day of fishing on the Owyhee river, about an hour out of town. We had a nice break in the weather, with no rain and great temps. 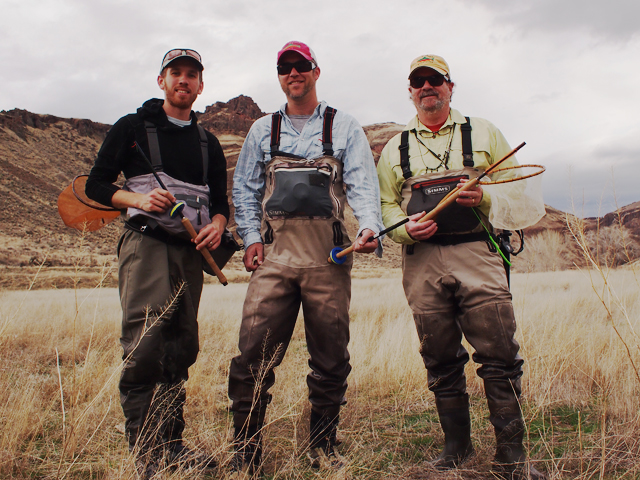 The fishing was incredible and everyone got a good number of some very shiny browns – a few confused me for rainbows actually. Chris and Rick were great students, very open to learning the techniques and I could see they got a lot out of it because of that. Their humbleness and openness to learning deeply betrayed their vast angling experience. 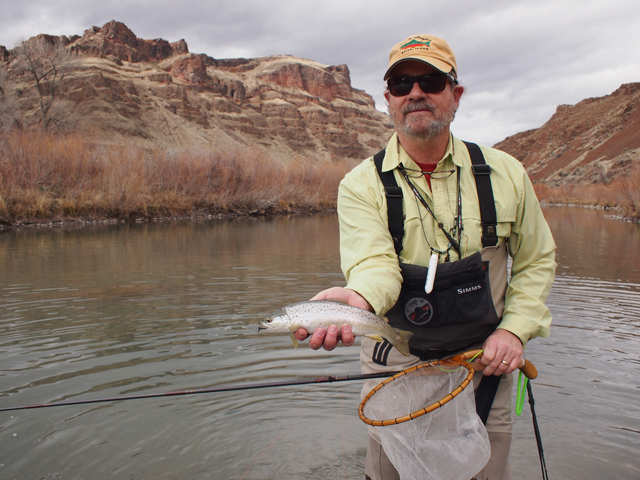 It was Chris’ first time tenkara fishing, and Rick had been out a few times before. I spent quite a bit of time showing them tenkara – the method – and I believe they learned a thing or two and enjoyed seeing what could be done with tenkara. The trick of the day was to pulsate the fly, a slow and controlled up and down movement did the trick for several fish. 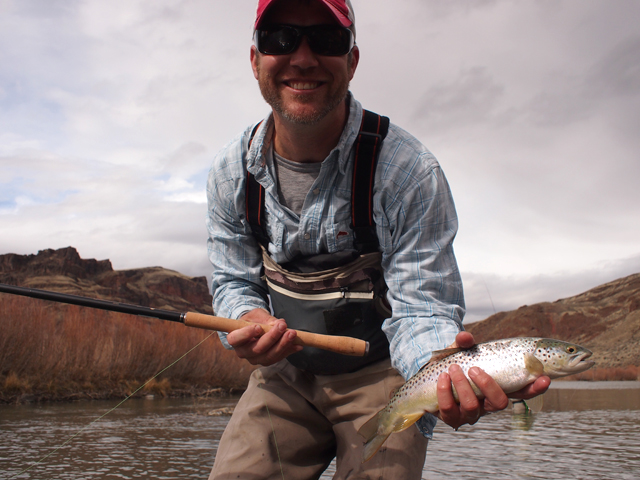 I missed Chris’ first fish on tenkara, but it was reportedly 19-20″ (they got a picture of it, and I’ll have to post it here soon). He caught a few afterwards, with most fish being caught with a pulsating fly. 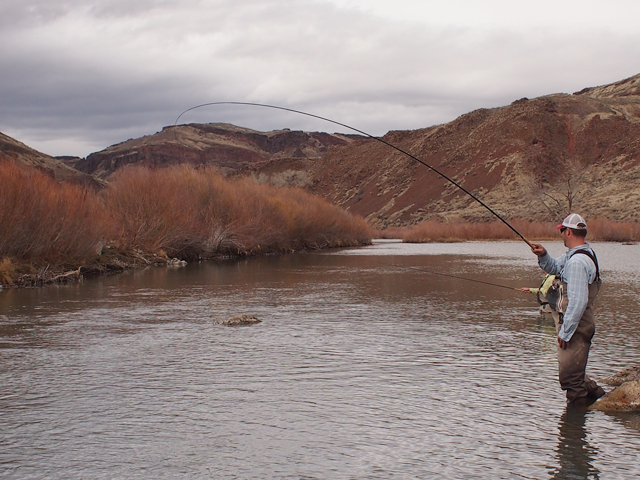 There were small mayflies being sipped on the surface and a few large stoneflies with egg-sacks drifting around. It was interesting for Rick and Chris not to have to think much of fly patterns. Instead, throughout the day we just referred to the flies as “the large one”, “the gray one”, or “the olive one”.

I caught my first couple of fish by using the Ishigaki Kebari cast to rising fish sipping small mayflies, and at least one more on that fly afterwards. The ones cast to rising fish were caught on dead-drifts, later I caught one by pulling the fly upstream about 1ft at a time. 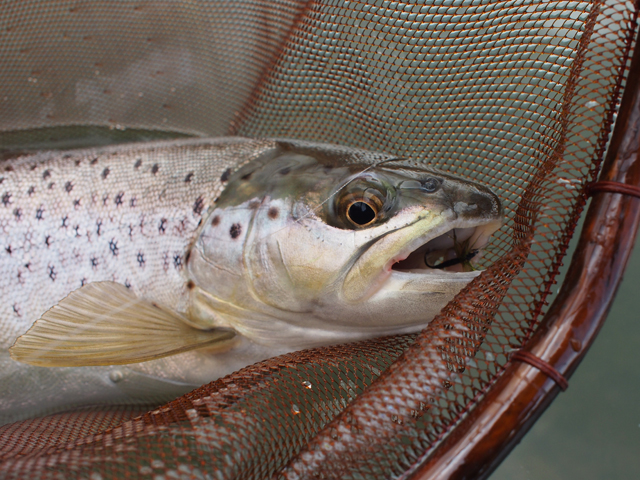 The large Oki Kebari did very well. I got a monster rise to my oki kebari as I manipulated it slowly on a slow pool by fast water. I would guess, the hump of the fish I saw, it would be a 22″-25″ fish! Chris later hooked two more that could be on that size range, using the same large fly and getting it deep by using the currents. 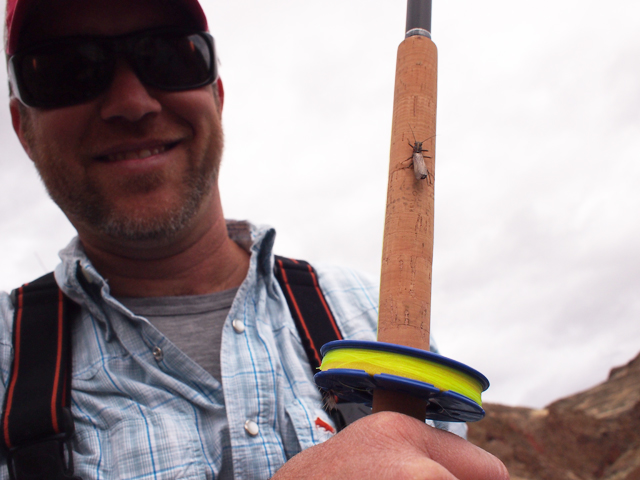