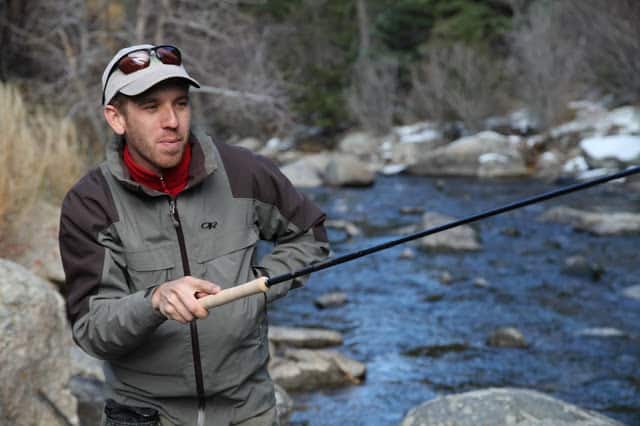 By the end of 2009, the year I started Tenkara USA, I was offering 3 tenkara rods at tenkarausa.com (and a couple of variations of some of them). We had the Iwana, the Ayu and the Yamame. All 3 were named after Japanese fish (Iwana and Yamame being trout). At the time, the Ayu, at 13ft long, was the longest rod we had on offer. And, while that length scared people who were just taking up tenkara, I had fallen in love with the longer reach of the rod. But, I wanted a bit more reach, which would allow me to keep line off the water more easily for the best possible presentations.

So, I started to work on what I envisioned would be my favorite rod. It would be longer than the Ayu, I knew that. As I started playing with different prototypes, I realized that the longer the rod became, the more tip-heavy it would feel. At that point, I decided to start working with our factory on making a good adjustable rod, which would allow me to fish it at 13ft long, or go even longer when I wanted it. 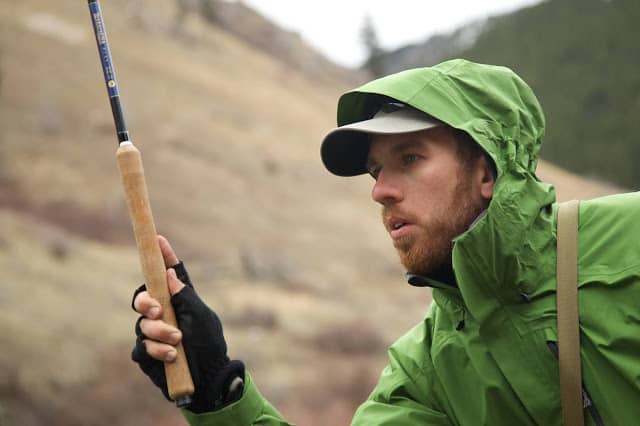 It was April 2011 when I received the latest prototype of the rod I started working on about a year and half earlier. I was spending 2 months in a mountain village in Japan learning more about tenkara when the rod arrived in the mail. I was excited to see the package come in, after the pretty good previous prototype I was anxiously anticipating its arrival. The rod had a beautiful semi-matte blue and black finish. The factory paid good attention to all the details required and it just felt good in the hand. That day I was just hanging out at the Mazegawa Fishing Center, which is all of 200 yards away from the Maze river. I walked to the water and proceed to start casting with a few lines I had on hand. 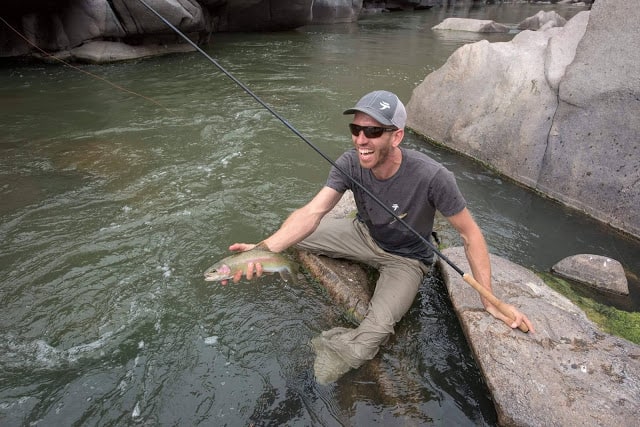 It cast them beautifully.

At that section, the Maze river was very wide, about 90 feet across, but it was a mountain river with lots of pockets and features. I extended the Ito to its fullest length, 14ft 7inches. And, suddenly I was reaching waters I had not been able to reach until then. It was and felt beautiful! I collapsed the rod and drove further upstream, to where the stream closed in and became narrower. The rod performed beautifully there too. Its shorter (13ft) length was manageable in the tighter section but when the stream opened up here and there, I was able to fish it just the way I wanted it.

The rod became available shortly after, and it has been my go-to rod ever since. I know its long length can be intimidating and I sincerely wish more people would give it a try for it is a very special rod. 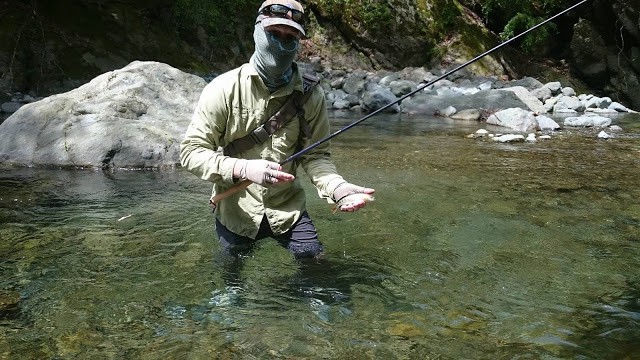 Isaac Tait: Over the past few seasons I have really come to enjoy fishing with my Tenkara USA Ito rod. I have brought to hand some big fish with this rod, such as my first Carp and 70-80cm Rainbow Trout! The rod has a stout backbone that allows me to confidently play large fish despite using 5x tippet. The strength of the Ito rod is surprising when you consider how svelte (in stature and weight) its profile is! I also enjoy the delicate and precise fly presentations I can make with this rod. When the river structure gets difficult and the overhead cover demands a precise cast I find myself reaching for the Ito time and time again.

Here in Japan Yamame, Iwana and especially the Amago are very skittish. That is where the 14’7” length really comes in handy. The Ito rods zoom length allows me to stay far enough away, even in smooth quiet water, so that I don’t spook the fish. If the overhead cover prohibits a normal cast, I just shorten my line. I typically fish with a 3.5 weight fluorocarbon level line but I have found that the Ito feels the best with a floating level line. I have tried several brands but my favorite by far is the Three Rivers Tenkara UL Floating Level Line with a built in indicator. 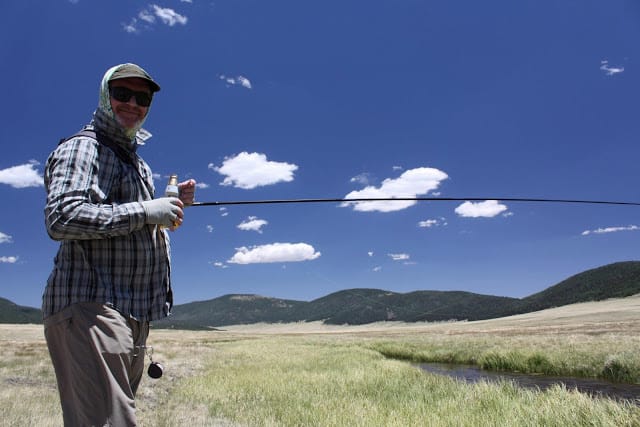 Adam Trahan: The Ito is the oldest rod in my quiver. I would have to say it is my favorite Tenkara rod especially since it is the oldest. The reason is, if I want a new rod, I get rid of the least liked in my quiver first. I keep my quiver small so a rod has to be pretty nice before I replace a rod in it.

I have had my best Tenkara fishing day with the Ito in the mountains of South Western Colorado. More than a dozen fish 18” or larger fish with many more larger than 12” and all in a small stream. It was an amazing day to say the least.

I also took my Ito on my first trip to Japan and caught Iwana with it. It seemed the thing to do for an American fishing Tenkara in Japan…

The Ito is one of a couple of 4m+ rods that I use for my favorite type of Tenkara, keeping the line off the water, primarily fishing my kebari in a stealthy fashion. I use a #3.5 4.5m long with a 50cm clear fluorocarbon tip to a tippet ring then 1m of 6x fluorocarbon tippet to that for a total of 6m line. This is one of my favorite lines for the Ito, versatile with reach. 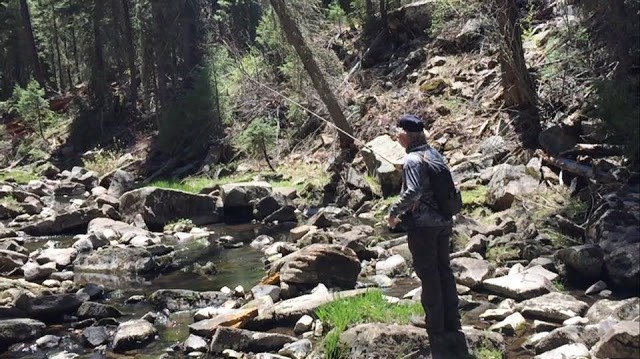 I change the handle to a cylinder on mine. I also have the butt cap milled to easier fit a end grip, one of the ways that I cast this rod. 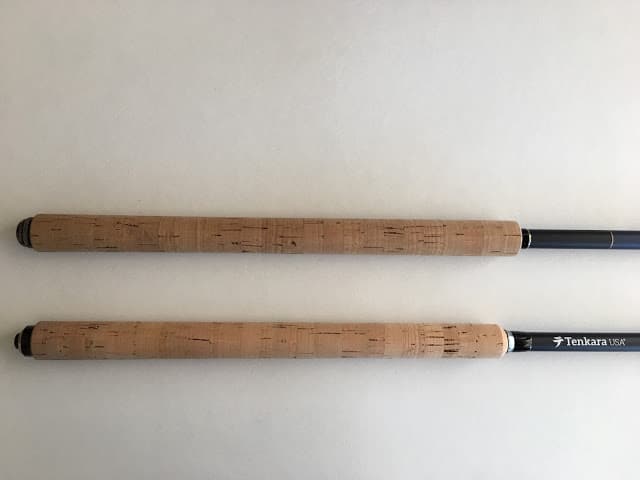 The Ito is perfect for Oak Creek in Sedona, Arizona. It’s a place where the water is thin and clear, there are stocked Rainbow and a population of large wild brown trout. If you are catching the browns, and I have caught many wild browns on my Ito there, you are doing well.

It’s an excellent rod that I have developed many of my Tenkara skills with, a favorite rod for many reasons. 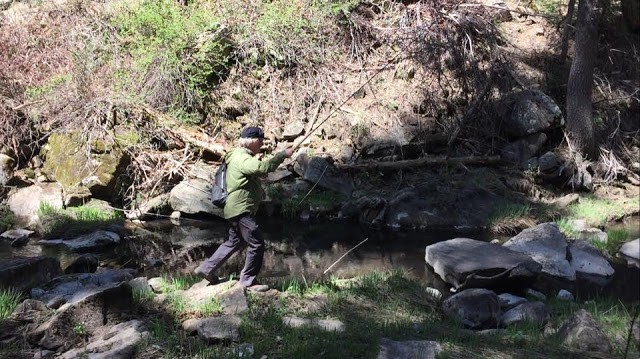 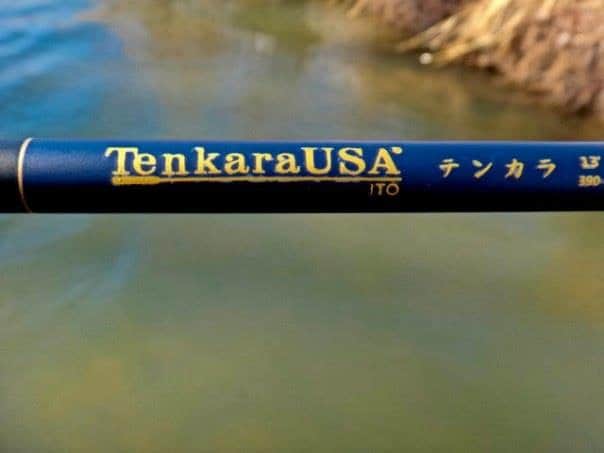 Brian Cornelius: Hello, It’s Brian from OneFlyTenkara here and I must say the Ito, from Tenkara USA is my go to rod when fishing bigger waters like my home river The Provo, in central Utah. The long length of the Ito allows me to reach the opposite bank and handle longer level lines, that I typically fish. I also feel that the Ito apsorbs a lot of the fight of the fish and allows me to land larger trout, that many would find impossible on a fixed line rod.

Some of my favorite ways to fish with Ito is to cast my kebari to the opposite bank and allow the current to carry it down the river, while I follow with the rod. Once I feel the level line begin to swing I dip my rod tip low and towards the kebari and begin to raise the rod. I am not sure if the fish feel if my kebari is going to get away but I get many savage takes with this method, and have landed some of my biggest trout this way.

Another fun technique that the Ito is excellent for is still water tenkara. I realize that is not consider true tenkara but I have access to thousands of high alpine lakes and not fishing them because it is not considered true tenkara is silly to me. I love using chironomid style flies and either bouncing them in or fishing them static under an indicator. The length of the Ito allows me to reach the deeper water along the edge of the grass flats. Some great patterns are the Ice Cream Cone, Shipman’s Buzzer and sakasa kebari tied to resemble a chironomid.

In the end the Ito has proven itself to me as the perfect Tenkara Rod for me. From long line tenkara in western rivers to Stillwater tenkara in alpine lakes, the Ito from Tenkara USA has brought a lot of joy into fishing for me. 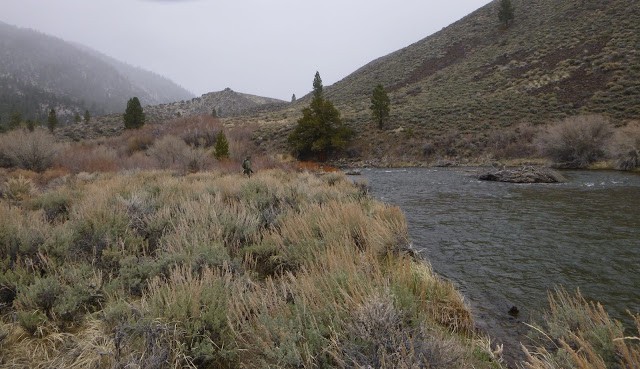 Mike Willis: The Ito is one rod in two lengths. When i think about and/or tell people about it, I often come out with two descriptions. The descriptions in no way relate to the fact that you can fish the Ito at 13′ and 14’6″ I think about it in two ways, but yet somehow relate to the nature of the rod.

The Ito is a functional and realible tool: standing in a stream or on the bank of a pond with an Ito in hand, I know that I am capable of reaching where I want to reach. Most often, I use the same 11’ish, 3.5 level line on all of my rods. Maybe I am lazy…maybe I enjoy adapting my technique to my gear. Whatever the case, when I tie on my favorite stretch of line to my Ito, I feel longer without a feeling of less control. After two or three casts, I am landing my fly where I want it to land. When a fish strikes, the bend profile at both lengths adapts seamlessly to it’s quary. I have landed fish from 4″ to 20″ inches on my Ito.

The Ito is beautiful and elegant instrument: there is something about the rod that lends me to give it a sort of prominence in my quiver. I have japanese rodes of equal and greater length, but the cork handle and matte blue finish on my first Ito has a strange power over me. Yes, I am waxing poetic, but I am not lying or just talking to talk. I take a sato everywhere I go. it is my work horse. I can fish it short if I really want to, but I can never make it longer. There is a extraordinary joy in sliding the Ito into my pack that goes beyond simply a need for the reach. I wish I could explain it better… 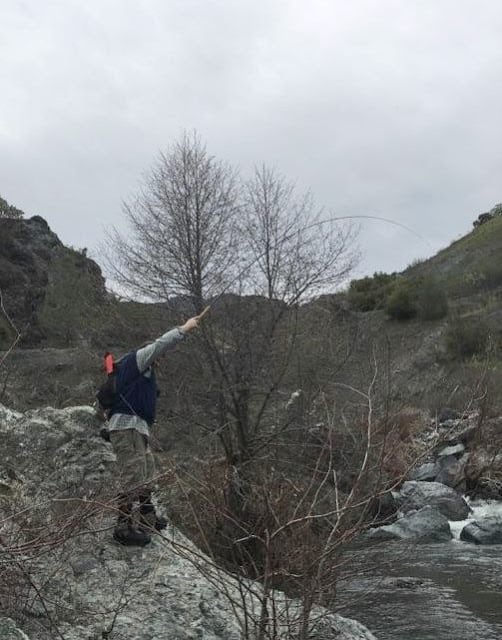