Tenkara guide Lance Milks went for it and got a nice tenkara tattoo. Here is his story:

“I’ve been playing around with ideas for a tattoo that showed my love for fly fishing. I had some good ideas but couldn’t settle on any one. I could have gotten a mayfly, stonefly, or caddis and people who know what they are would say, “he must fly fish” and they would be correct, but a Kebari not only identifies me as a fly fisherman but also as a tenkara fisherman. 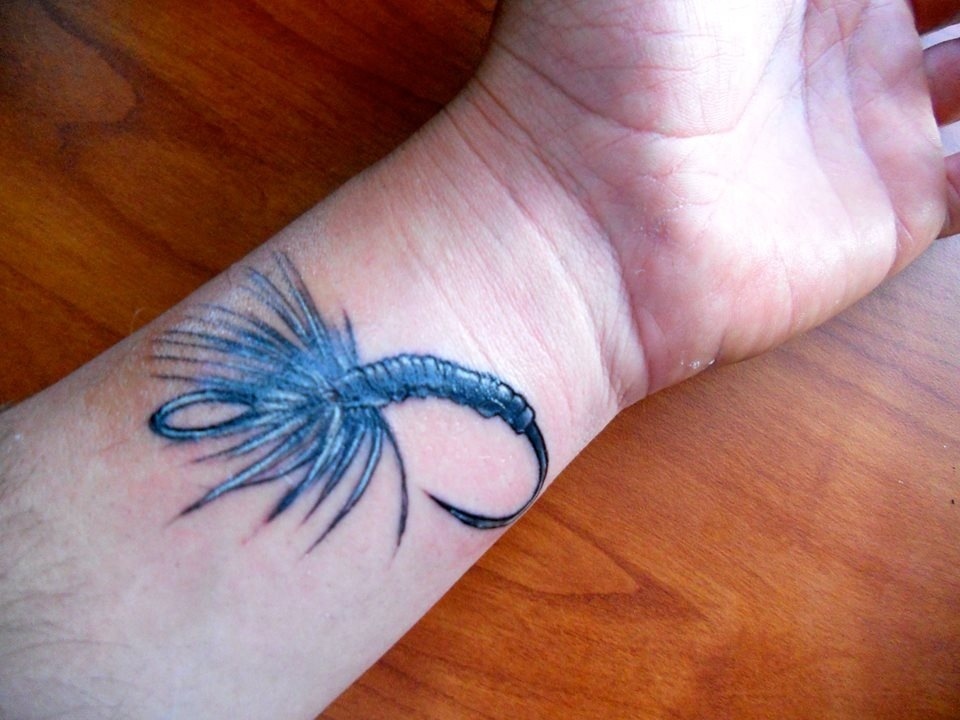 It tells a more precise story of who I am. Although I have been fishing tenkara since very early in its introduction to the US, for the past year and a half I have seen my passion for it really grow. I changed my guide business to tenkara exclusive, I’ve collected more rods, flies, and lines (to the notice of my girlfriend), I have travelled to and fished more places, and I have met some really cool people. In fact it took my girlfriend asking me last fall if I had used the new Ross reel she bought me for me to take out my 4wt. There are several things that I like about tenkara, simplicity, compactness for hiking, and being able to pick the water apart and fish it properly just to name a few. Jason Klass once asked me what I thought of tenkara. I responded by telling him that I had never fished a method in which I felt so intimately connected to the water. I still tell people that if you want to learn to read water fish with tenkara. I cant write this without also saying that the tenkara community is amazing. I have never seen such a wide network of people all sharing knowledge and experiences with each other as well as helping newcomers to the sport. I am proud to be a part of this group of people. I don’t know if you (Daniel) ever envisioned this all when you brought tenkara to the states, but as you can clearly see now it has become much more that a rod, a line, and a fly.

See you on the trail,
LanceMilks