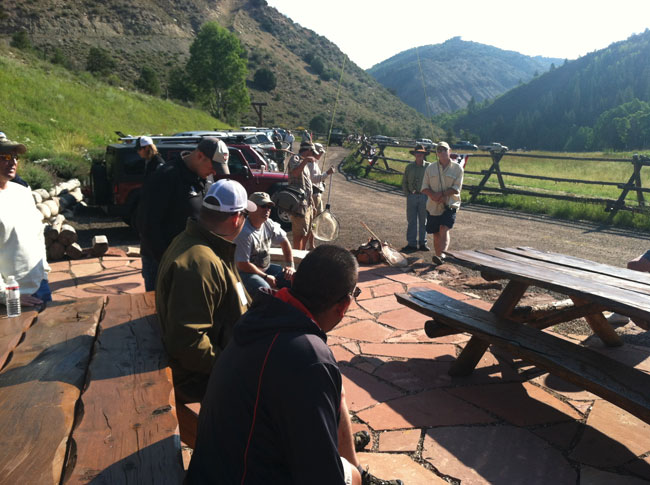 Before fishing, a little roll call

This weekend, I was invited to give a tenkara demo to a group of soldiers from Project Healing Waters.  If you’re not familiar with the program, it’s mission is to provide a form of therapy for disabled veterans and active military personel through teaching fly fishing and holding ongoing outings, events, and education.  I not only thought the concept was great, but that tenkara was a perfect fit so, naturally, I was enthusiastic to participate. 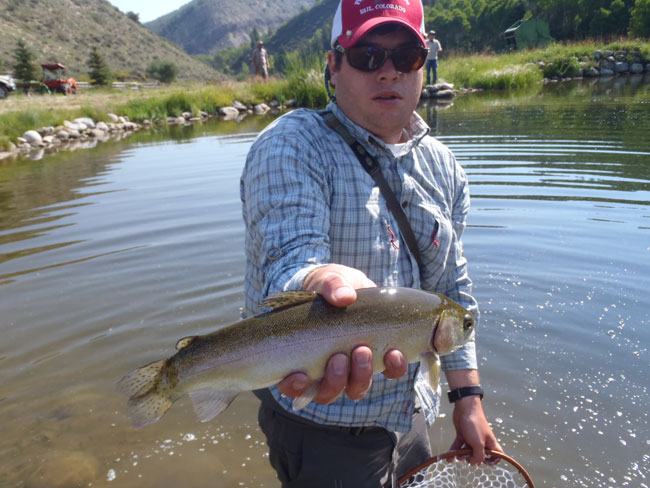 This particular event was held at Red Draw Ranch, just outside of Edwards, Colorado.  The venue has two small ponds with Rainbow trout.  I was a little reluctant to teach the soldiers tenkara on such small stillwaters (especially with the number of people we had) but it all worked out in the end.

There were several other guides from Orvis and various other local fly shops who also volunteered to help out.  It was funny because most of the guides seemed to have absolutely no interest in tenkara.  A couple were curious and asked me some questions.  And one really got into it.  He spent a fair amount of time casting my Ayu, asked a lot of questions, and pretty much decided he was going to get a tenkara rod.  I think he just “got it”.  And as a former guide who wished he knew about tenkara back then, it wouldn’t surprise me if a good deal of his interest came from the idea that it would be much easier to get his clients into fish with tenkara rather than a Western rig. 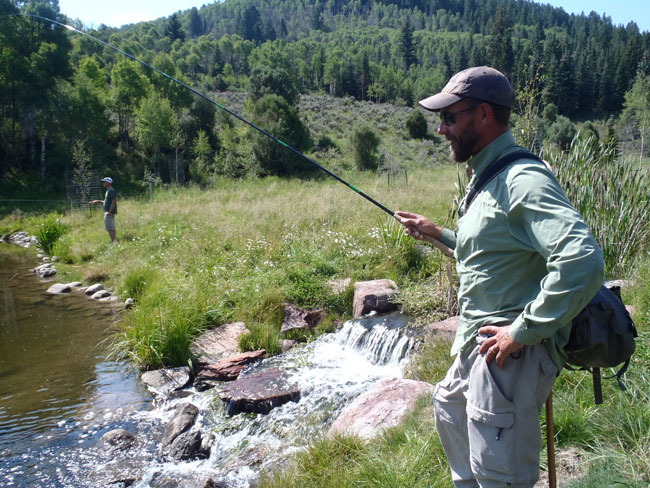 The diminutive ponds definitely didn’t reflect the size of the fish they held.  The smallest fish I saw caught that day was maybe 18″ and I’m pretty sure at least a couple of guys landed fish over 23″.  Here’s a quick video of a nice rainbow being landed on my Tenkara USA Ito–confirming it as a rod that is able of handling decent sized fish (remember, this guy is a beginner):

I had two rods rigged up:  an Ayu with a 13 ft. furled line and an Ito with an 18 ft. level line. In general, it seemed that everyone preferred the Ito with the level line. 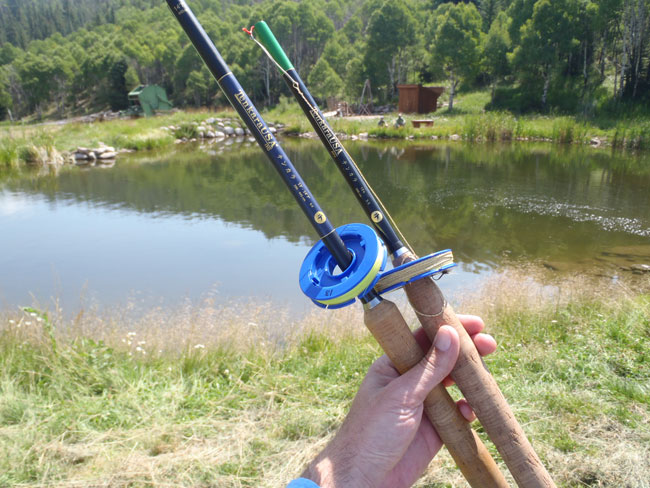 I was stationed on the lower pond and had people who were interested in tenkara rotate through all morning.  Some weren’t interested but those who were immediately saw the benefit. 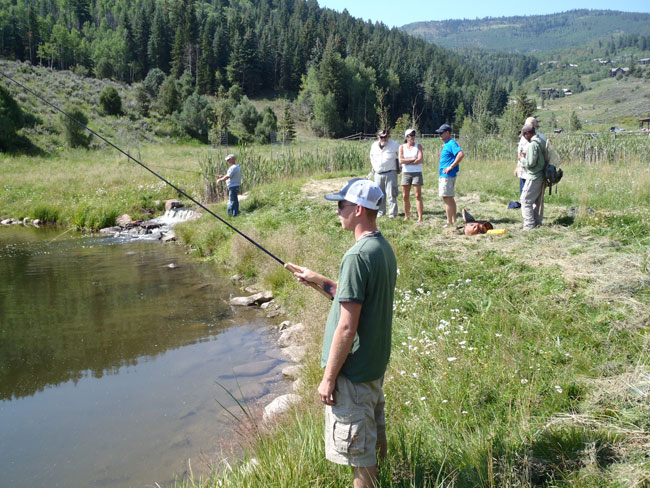 Tenkara fishing on the lower pond 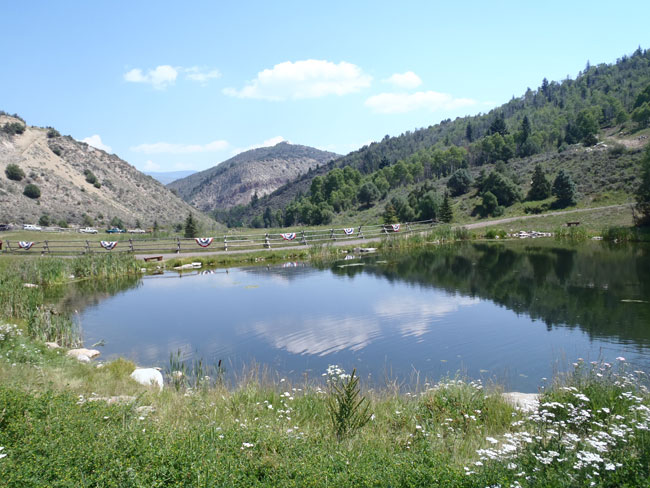 I was happy to meet some of the people behind the project such as Mark Heminghous and Mike Oros who I had been in contact with a lot prior to this event.  We’re currently talking about how we can incorporate tenkara into future Project Healing Waters outings as soon as September. 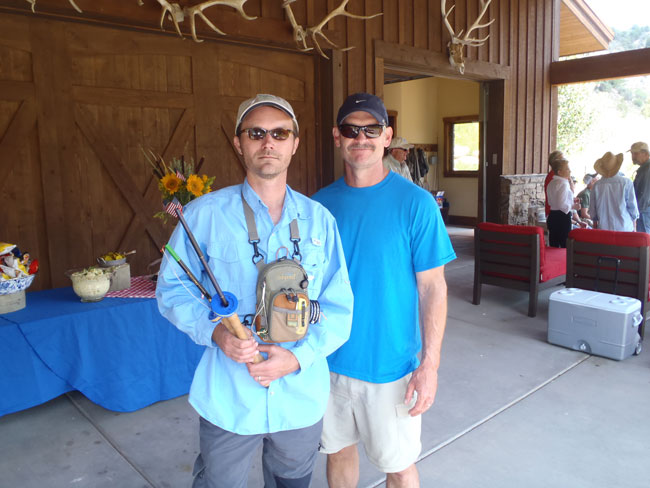 One of the coordinators of the outing commented that they like to treat the soldiers as “rockstars”.  And from what I witnessed, that was certainly the case.  After a morning of spectacular fishing, they treated everyone to a great barbecue for lunch.  All politics aside, these guys have been through hell and back and they’re people.  I think they deserve a little pampering and was very impressed with the lengths the project is willing to go through to give a little something back. 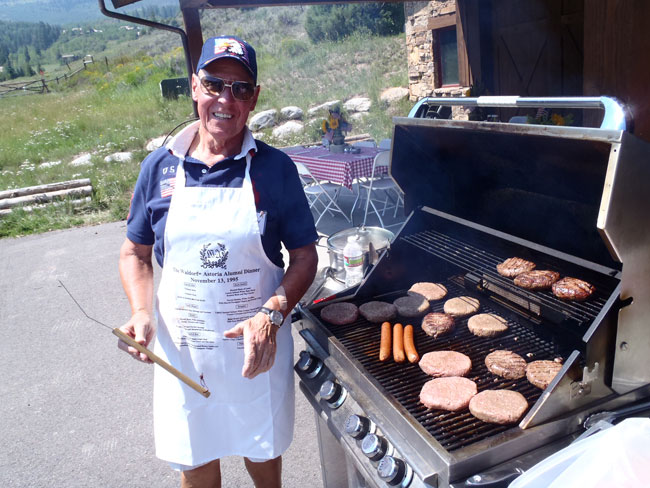 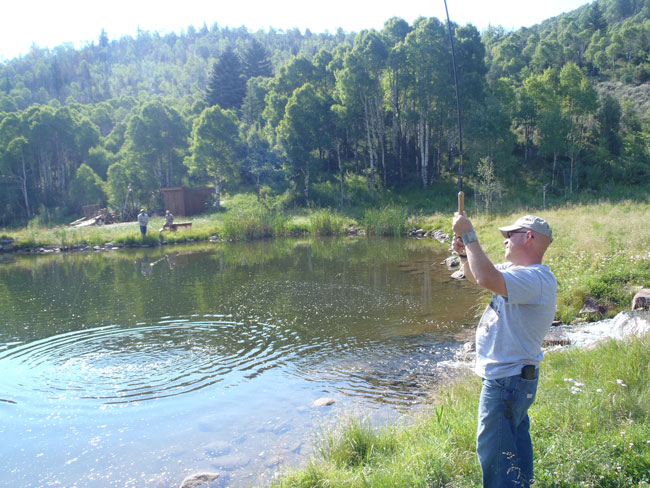 Overall, it was a good day.  If I just got one guy with PTSD or some other trauma to take a break and enjoy life for a few minutes, it was worth it.  Judging by the smiles on their faces, I think it did.  And tenkara really helped.  I want to do more of this and I encourage all of my fellow tenkara colleagues to reach out and do the same–not just for vets, but for anyone who can benefit from the fun and ease of tenkara.