We had a terrific turnout at today’s clinic at Headwaters Outfitters. The weather was gloomy, rainy, and it is Thursday but that didn’t stop about 30 people from coming to Rosman to learn more about tenkara. The interest was energizing. Once more I am reminded how important it is to hold these clinics and show people how versatile tenkara is and what it actually looks like. I have to do a lot more of these events next year. 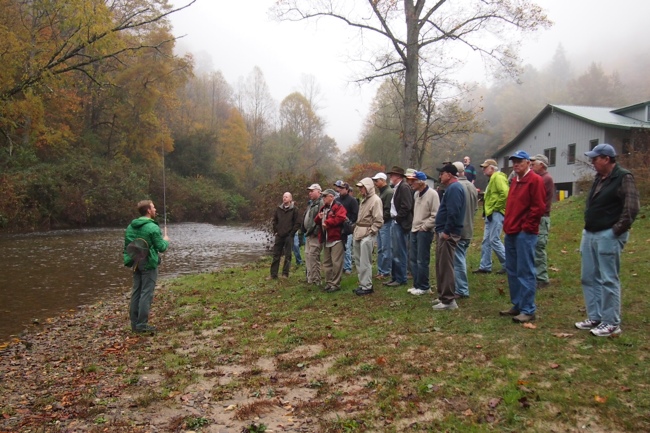 As with my post yesterday, I first need to share the highlight of the day. After doing a presentation inside the shop, we headed outside for a demo. I wanted to share the casting and presentation techniques on the stream outside the shop. But, as we had so many people out there and there were not a lot of structures in the water the chances of catching a fish on that stretch were very small. So I concentrated on teaching casting techniques. After about 1 hour the rain started coming down and most people headed inside. I stayed behind with a couple of folks. I had been eyeing the other side of the stream but to keep things simpler didn’t bothers putting on a long line, and I didn’t have waders on either. Not being able to resist the urge of fishing the other side of the stream, about 40ft away, I got out the long line. Actually, I got two demo level lines, about 15ft each, and joined them together to make a long line. I started hitting the other side of the stream, right by an overhanging branch. About 5 casts later I offered the rod to one of the guys who stayed behind, Kevin I believe was his name. He is a local guide and has been doing tenkara for a few weeks, but had not yet tried the long level lines. Quickly he got good casts to hit the other side of the stream. And, guess what, on his 4th cast he hooked into a VERY nice brown!!! The folks inside the shop heard there was an epic fight going on and most came back out to watch it.
“No, that was my fish!”, I told him – only half-jokingly. After so many casts at the same area the brown had finally woken up and took the size 12 Ishigaki kebari. And what a fight that was. I’m guessing the fish was about 20″ inches. But, we will never know. Kevin did a fantastic job at fighting the large fish, keeping his arm close to his body, bringing the fish to calm water, keeping the fish on even after it leapt into the air 3 times. And, he finally grabbed the line. The fish was subdued, in calm water and ready to have his picture taken. And right as he was about to take the net from my hands, the fish decided to make a dash. Kevin was holding the level line tight in his hand and the tippet broke off!!! Oh, no!

So, a reminder, when using a long line and hand-lining the fish in, make sure to be flexible like a rod: if the fish wants to run, let him. I had shared the story of watching the osprey taking and then losing a trout yesterday, and hopefully that served as consolation, but Kevin will be dreaming about that fish tonight, I am sure of it.

Here are some of today’s photos: 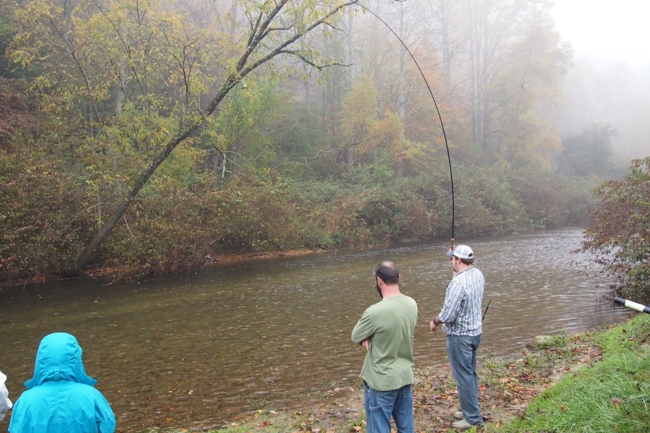 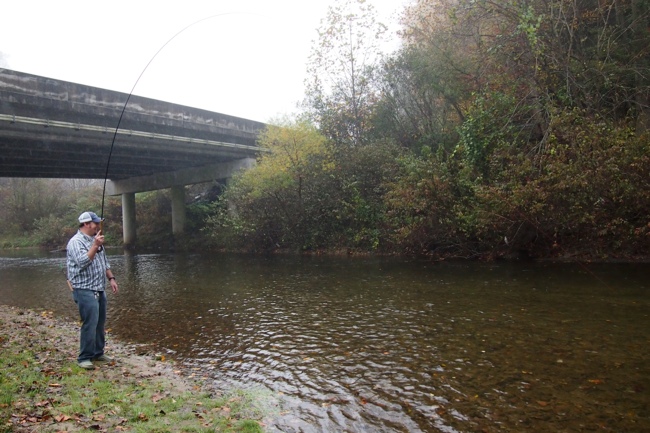 Later in the afternoon one of the store’s staff, Lee, and I headed to a pretty small stream nearby. It was a challenging stream to fish with lots of canopy and low hanging branches. I had the 12ft Iwana, which I thought worked well with lots of crouching and a short 10ft line. But, that didn’t matter as the fish didn’t think so…nothing but one strike in the 2 hours we fished there. Although we did find Iron-man: 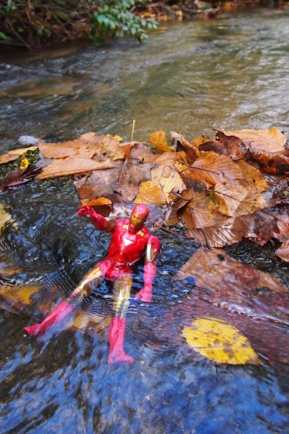 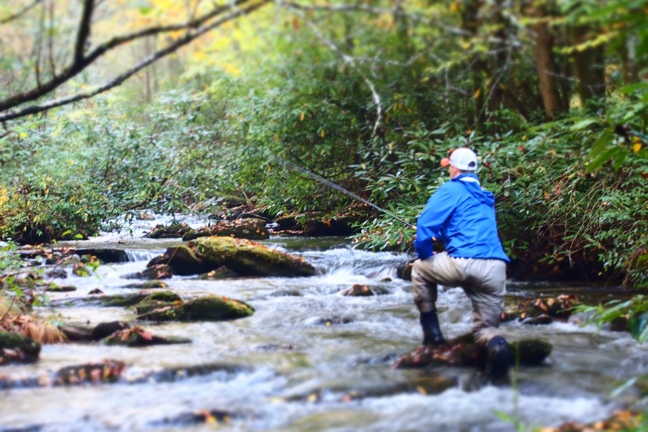 And finally, here is today’s bounty. Remember: just because with tenkara we can carry less, doesn’t mean that we should. 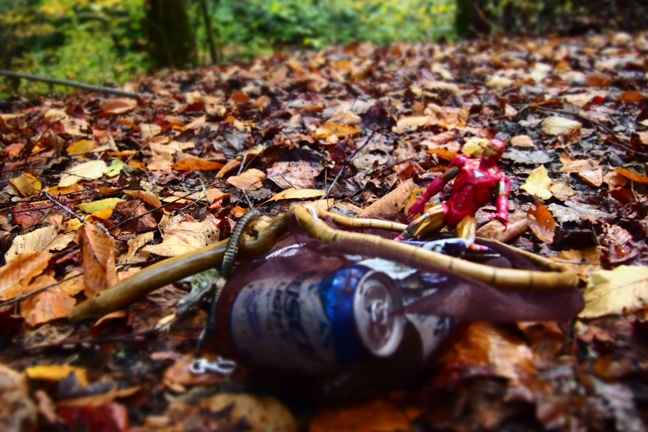 « Tenkara North Carolina Tenkara Tennessee – only about 2 hours, but fun! »