Most states in the US allow for customized license plates. Several of them allow for 7 characters, the perfect number for the word TENKARA.

Getting a customized license plate costs money and makes it easily identifiable – what if I park near a “tenkara-hater”? So, I never thought I’d get a customized license plate for my car. But, when I noticed the number of letters was perfectly suited for the word tenkara I had to get custom plates.  Plus, I learned that these “Special Interest Licence Plates” direct the money paid for them toward good causes, such as environmental groups, that was enough for me to pull the trigger. And, surprisingly I wasn’t the only one!

The one below is the first one I got and the money goes to the Yosemite Conservancy.

Once I got the first “TENKARA” plate I just had to get one for our second car. I went for “I 10kara”. The money goes to the California Tahoe Conservancy.

Tenkara guide Tom Sadler, out in Virginia, got 10Kara for his car. While he could have gone for “TENKARA” that wouldn’t leave room for the brook trout on the plate. The brook trout benefits the Virginia Department of Game and Inland Fisheries – if you ask me, I think choosing the brook trout with 10kara was a great choice.

John Ellsworth and Carrie Mori, certified tenkara instructors who split their time between Utah and Idaho, have amassed 3 tenkara license plates! Two in Utah and one in Idaho. 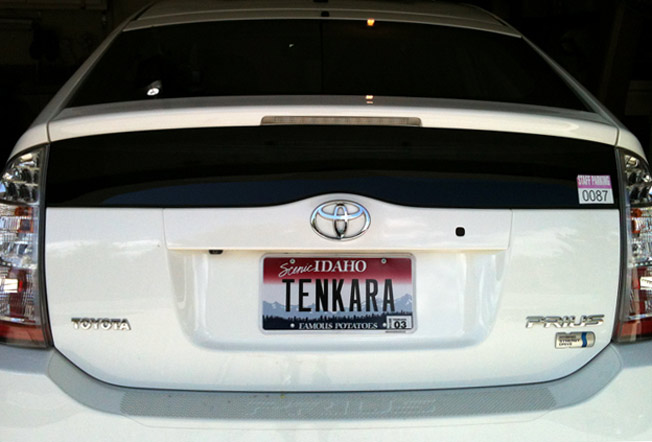 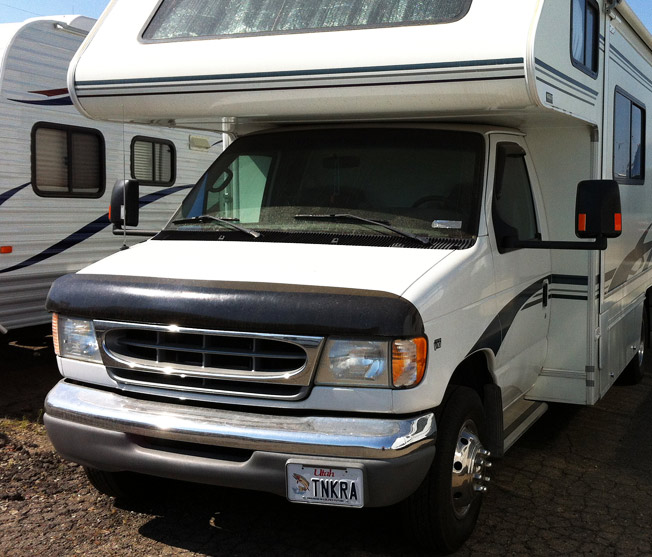 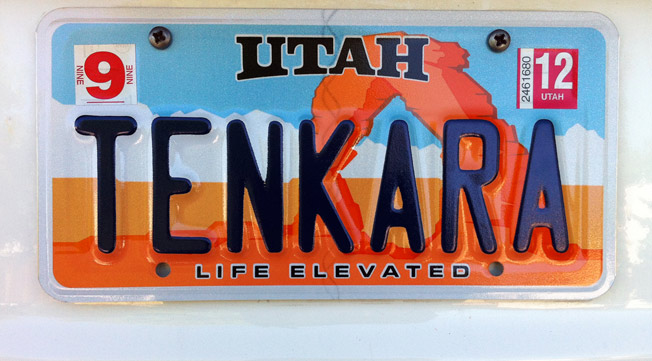 John Fuller also in Virginia picked the same plate as Tom Sadler, benefitting Wild brook trout in the state, and here’s his plate: 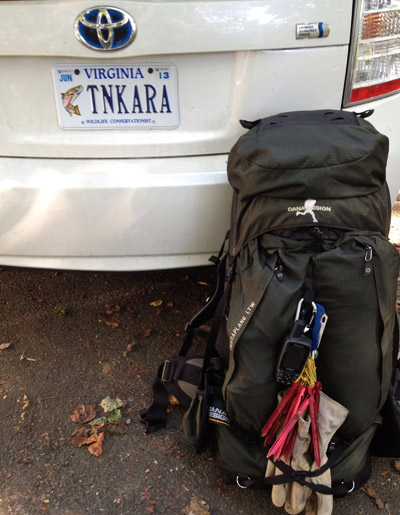 Leave a Reply to Roders in the Shen Valley Cancel reply