It is true, misty mountains, with a thin layer of fog just in the right place, may be a stereotypical image of Japan. Nonetheless, they are real. Images of these serene and somewhat mystical mountains probably come to the mind of many people when I say I’m spending time in a remote mountain area of Japan. They are a constant presence here, and sometimes very dramatic. Yesterday, after the rain stopped, there was a magic feel to the mountains above the Mazegawa; fog surrounded them, raised above the stream and made me feel as if I were in a movie set. I stopped the car and tried getting some good pictures. The fact that in my car I had a cd playing traditional flute music definitely helped set the mood. 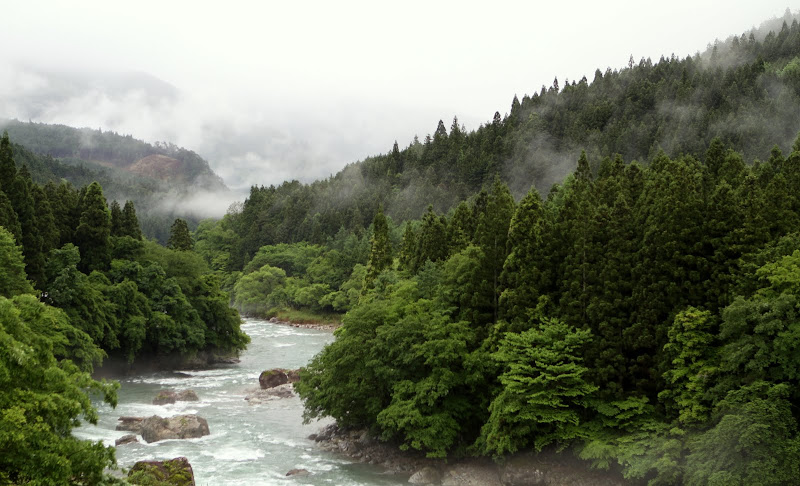 2 Responses to Tenkara in Misty Mountains