For the last 2 years Tenkara USA has been going global and expanding its brand internationally. In 2010 we opened a distribution center in the UK and established Tenkara Europe™ (aka. Tenkara EU). 2012 has been our year of expanding efforts at fly fishing shows around the world and we were supported by Chris Hendriks in Norway to bring the representation to Europe. Please read below his report of the 2012 Fly Fair in the Netherlands.

The Fly Fair is an event which attracts the hard-core fly fishermen and women from the Netherlands as well as Germany and England. This time they had several areas for presentations, demonstrations, fishing-clubs; a huge tent which held all the retailers under one roof and one tent for the fly tiers. 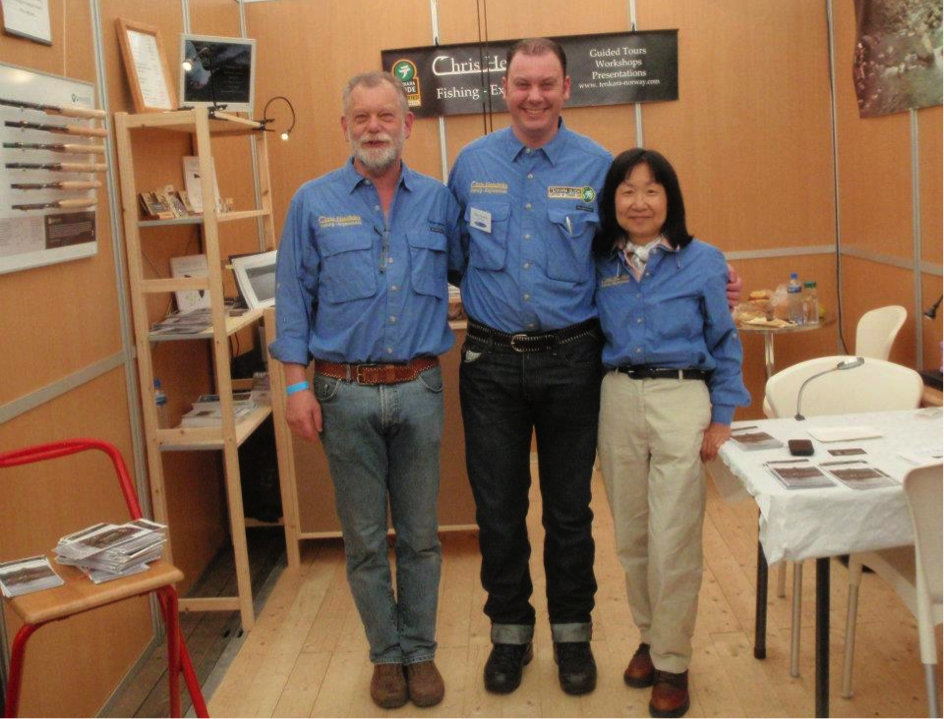 The dreamteam of Chris Hendriks Fishing – Experiences and their website

There were a total of 60 fly tiers from Germany, the UK, Sweden, Norway, The Netherlands, and even from America and a few other countries. If you wanted something to learn about fly tying that was the place to be! They even had a Dutch fly tier, Jacco van den Berg, who specialised just for this occasion in tenkara flies! When it comes to the retailers you had everything from rod builders, fly fishing shops, reel builders such as the famous Ari ‘t Hart, painters which made the most spectacular pieces of art and at last but not least tenkara, represented by my new company: Chris Hendriks Fishing Experiences (www.tenkara-norway.com).

Even before the fair started and we worked on building our stand, a lot of people came by wanting an explanation about the gear and tenkara. This was a promising start!

The next day, just as the Fly Fair started, a very familiar face came by the stand. I have seen him often in Trysil while he was fishing and while I attended  one of his seminars. I thought of it as a compliment, and perhaps found a bit of irony in it, when Ari ‘t Hart the most famous reel-builder in the world (his reels are in the museum of modern art in New York), came to our stand and was interested in tenkara! I showed him some rods and explained to him the thought behind tenkara and how you should fish with it. He said that it was very interested and was always on the lookout for new developments when it comes to fly fishing, no matter from what corner of the world they came. 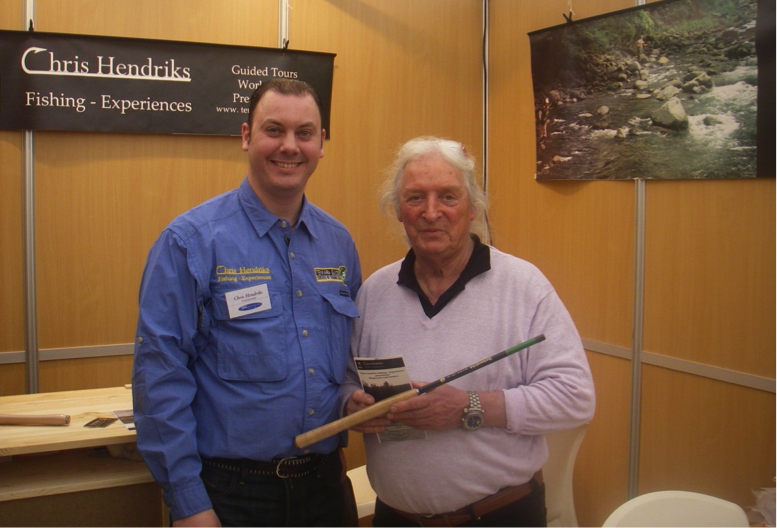 We heard from a lot of people that we were the only stand that offered something new and refreshing. Because of all the recent articles in magazines from several countries such as Scandinavia, the UK, the Netherlands and also Germany there were a lot of people at our stand wanting to know more about tenkara!

Misako was at our stand, tying her tenkara flies completely by hand, which drew a lot of attention from some people. And she was of great help attracting and helping people out. We also heard from several people within the organisation that each time Misako held a presentation the room was filled with people! 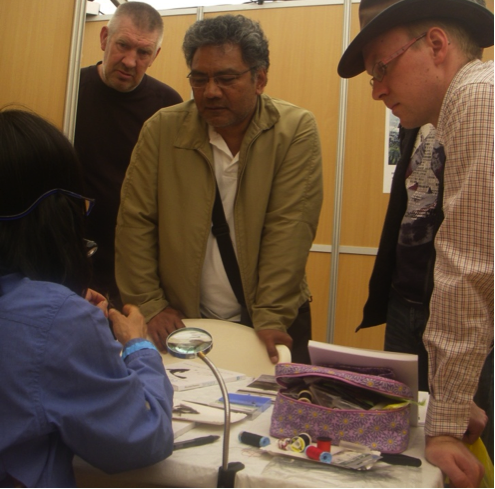 My father, Misako and I were on the stand helping people out and giving them information and telling them also that Misako would give a presentation and immediately after that there was someone demonstrating tenkara. Every day people would come to us and when in doubt, we would send them to the presentation and the demonstration so they could have a better and deeper explanation about the method, see it in action and even try some rods. After that, several of the same people came back with great enthusiasm to purchase a tenkara rod. Both the presentation and a demonstration in combination with our stand helped a lot in promoting tenkara. 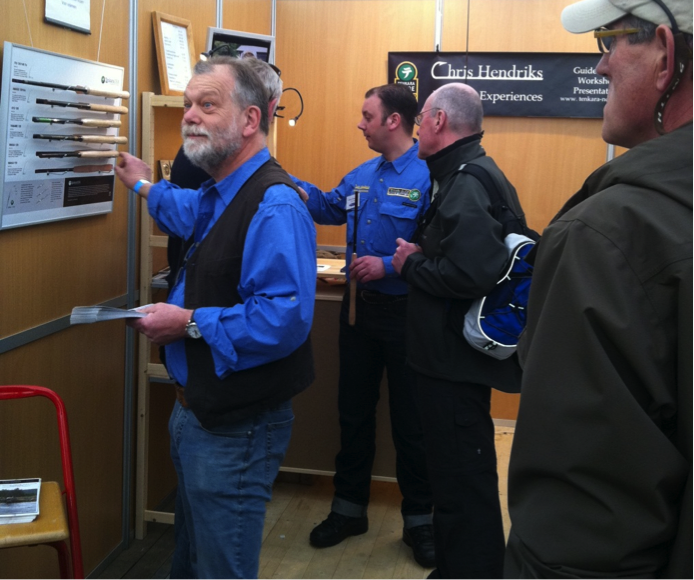 The organisation of the Fly Fair did a great job for us when planning presentations and demonstrations. All in all we had a very successful Fly Fair. We came in contact with some lovely people and with these contacts created a solid base to further promote tenkara in Europe.

The next two events on the schedule are the Scandinavian Glass and Tenkara Clave in Sweden on the 8th, 9th and 10th of june and the Nordic Fly Fair in Norway on the 16th and 17th of June.