Tenkara Idaho – The clinic, landing fish and the photos

Idaho has been awesome and I can’t wait to visit other states spreading tenkara. Utah in April and July (at the Tenkara Summit), Oregon in May and maybe your state if you invite me for a gathering/presentation and organize something. 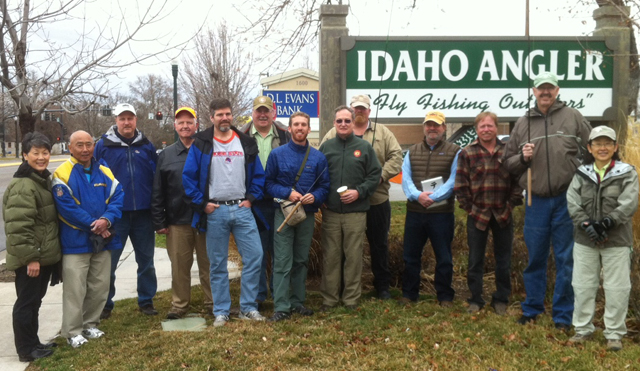 Today I held a tenkara clinic hosted by the Idaho Angler. The morning session consisted of going through the history, story and philosophy of tenkara as well as some of the basic techniques used. We then moved outside to practice casting. And, finally, headed to some nearby private water to put into practice the landing techniques.

We intended to fish a small stream that ran near the lake where I could show the main techniques for presenting a fly. However, I decided to start at the lake to go through a few basic techniques together. After a few minutes someone had the first fish on, and as you may imagine at that point no one was really interested in leaving the spot. As you’ll notice on the fish below, everyone of us was using a tenkara fly. The class embraced the idea of not switching flies despite the size 20 midges we observed on the shore. I showed them that by pulsating the fly with a controlled up movement was very effective. As we were in a lake and the fish were deeper, I taught them to keep more line in the water as they did this.

It turns out it was a great place to learn how to land fish properly with tenkara, and we still covered some of the main techniques for manipulating the fly.

During the indoor portion of the class I started talking about how to land a fish with tenkara. There is one thing I always share with people regarding landing fish – with tenkara and western fly fishing: keep your arm low and angle the rod back  and DO NOT EXTEND YOUR ARM OVERHEAD. With the arm extended high one can not control the fish and it can be impossible to grab the line or remove sudden slack from the system. Just as I was demonstrating what would happen when one raises the arm high, I looked at the wall by the front of the classroom and I noticed the picture below, a great example of what not to do but also something all too familiar from action shots we see in magazines. 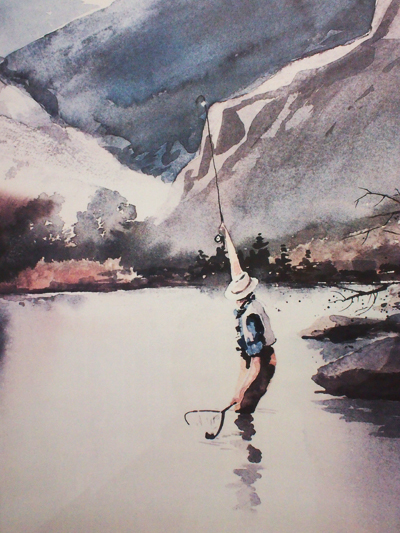 As I promised on my last  post, here’s a picture of Chris Gerono’s first trout on tenkara. Chris is the head guide of Idaho Angler, in Boise . Fish caught on the Owyhee River, Idaho. About 20″. Chris embraced tenkara and acquired the skills readily. I was mostly impressed by his quick understanding of the landing techniques with tenkara – arm low, steady retrieve and no rush. 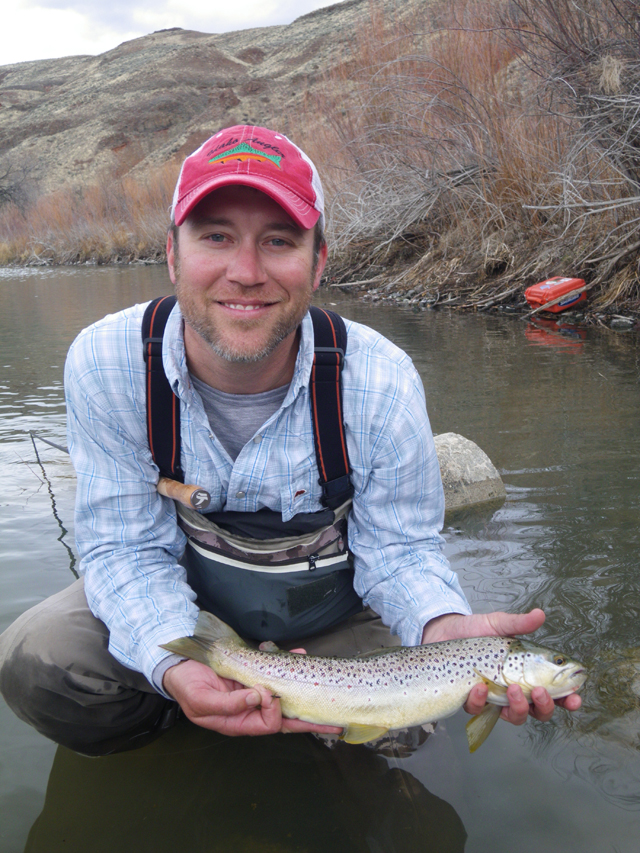 And, lastly, here is one of the reasons for me to return to Idaho in the future: the S. Fork of the Boise River canyon. Rick drove me on a road at the top of the canyon. The view was spectacular and the “river tenkara-perfect”. 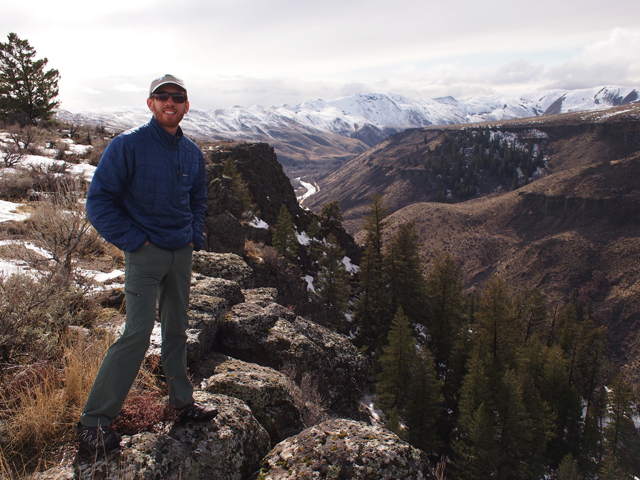 2 Responses to Tenkara Idaho – The clinic, landing fish and the photos