Before we start, we should share a couple of notes:
1) You may use any fly you wish. We like talking about and using tenkara flies, but that doesn’t mean you have to. Dry flies work great with tenkara since there is no drag on the line; nymphs are also used in tenkara and the tight line allows for very sensitive takes.
2) You may find the word kebari, or sakasa kebari in this page and other tenkara websites. Kebari is the Japanese word for “fly”, where “ke” means hair, and “bari” is the word for hook, so “haired hook”. Sakasa is the Japanese term for “reverse”. So, a sakasa kebari is one of the characteristic “reverse hackle” flies, such as the Amano kebari, the Ishigaki kebari, the Oki kebari, or the Takayama kebari, all of which are sakasa style.

While some tenkara anglers strictly adhere to only one fly pattern, like Mr. Amano who never changes sizes, colors or shape of his flies. We felt 4 was a good number, 3 sizes, and 2 colors. 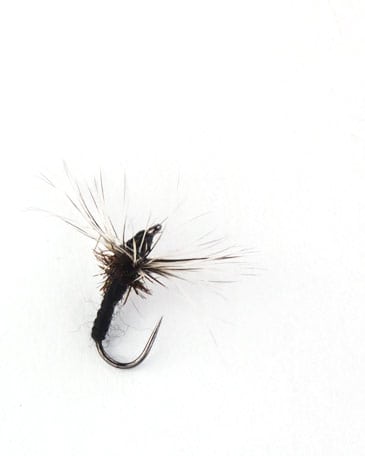 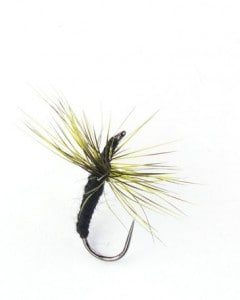 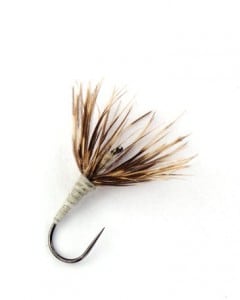 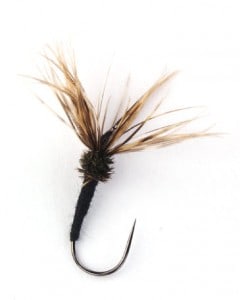 We subscribe to the theory that fishing is extremely simple, and that a person can successfully fish with one fly pattern, whatever pattern they choose. But, we also really like tenkara flies, their history, the stories they represent and just their looks. Tenkara flies come in different shapes, colors, sizes and with unique details about each of them. Here we cover many interest aspects of tenkara flies: the types of tenkara flies, the known geographic origin of some flies, and lastly we give you a gallery of tenkara flies to give you an idea of how interesting tenkara flies can be if you see flies as its own hobby.

Due to the research and interest of Mr. Yoshikazu Fujioka, from the website “My Best Mountain Streams”, we have been able to learn a lot about tenkara flies, their geographic origins and some of their history.

Mr. Fujioka is our tenkara fly teacher, our tenkara kebari sensei, and also helped us put together our current selection of flies. Over the years he has researched and collected traditional tenkara flies from different regions of Japan. Now, Fujioka sensei gives us a very nice, yet, tenkara-like simple, analysis of tenkara flies. Like classifying western flies into “dry”, “wet”, “nymphs”, etc, his analysis focuses specifically on tenkara flies and what pattern styles are commonly found in the hands of tenkara anglers. These should serve as a good foundation to better understanding tenkara flies (if one chooses to, understanding this is not really necessary to be a successful angler).

While the most characteristic tenkara flies are the so-called “sakasa kebari”, or reverse hackle flies, those are not the only type of fly used in tenkara, and as shown in his graphic chart, even the sakasa kebari come in different forms and with different characteristics (soft hackle/stiff hackle, thick body/thin body and short/long hackle).

Typically, an experienced tenkara angler will use one pattern only. Over time, an angler will acquire preferences for a specific fly type, and will have his “go-to” fly.  Not all tenkara anglers use the same fly as each other, but each one tends to stick with only one style. Some may believe a fly with soft hackle will be more “fluid”, softer and thus may be more attractive; other people may believe a stiffer hackle facing forward is better at attracting fish. Yet, others will tie any fly they find to be the simplest and quickest to tie. This is what Fujioka sensei shows in his analysis of tenkara flies.

Geographic origin of some tenkara flies

Also inspired by Mr. Fujioka and his study of the origin of tenkara flies, we placed known tenkara flies on a map.

Tenkara flies allow us to share fascinating aspects of the tenkara story. Two flies that have intrigued those taking up tenkara are the Mamushi Kebari and the Zenmai Kebari. 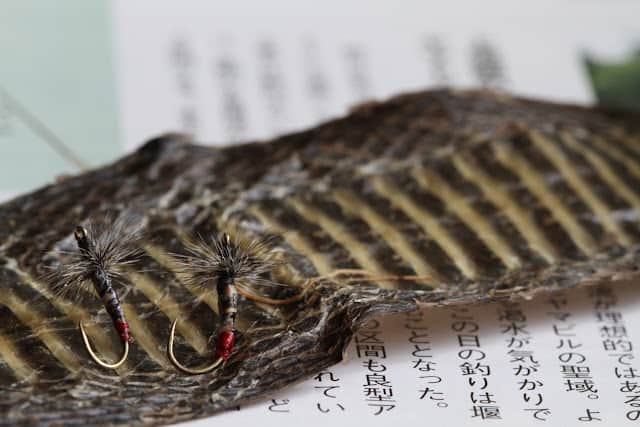 Mamushi Kebari
Mamushi is a type of poisonous snake found in Japan. In 2010 Daniel was visiting a small mountain village in Japan when he learned about Mr. Hirata, who owned a small tackle shop and had become famous for tying the Mamushi kebari, or snake-skin fly. Mr. Hirata captured the highly poisonous snake and skinned it to use the segments of the snake skin to tie his flies. The snake skin segments, he thought, provided just the right type of reflection to be highly attractive to fish. 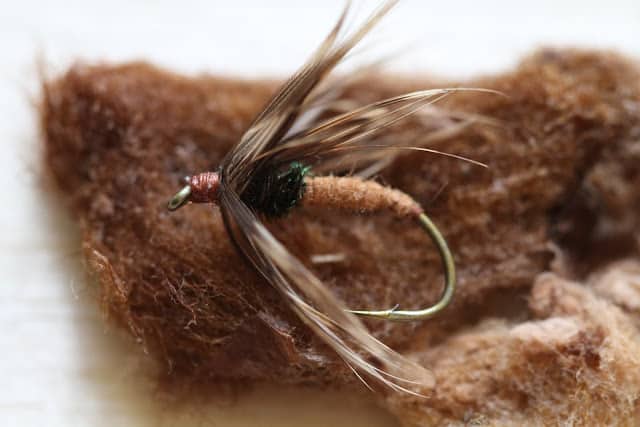 Another fly that has captured the interest of folks is the fly we shared on our blog a few years ago, and which we learned from Mr. Fujioka’s website. It is a fly tied using the fuzz from the body of the flowering ferns, a.k.a. zenmai (Osmunda sp.). The fleece-type of material from the ferns was historically used to make threads and clothing due to its waterproof quality. Someone decided to use that material as dubbing for their flies. The Osmunda ferns grow in many countries around the world and flower in the Spring, so people have also attempted to use this material outside of Japan.

Here we present you a collection of the main videos we have put together. You’ll find how-to tenkara videos, and videos to inspire you to get out and fish. Scroll down to browse the collection.