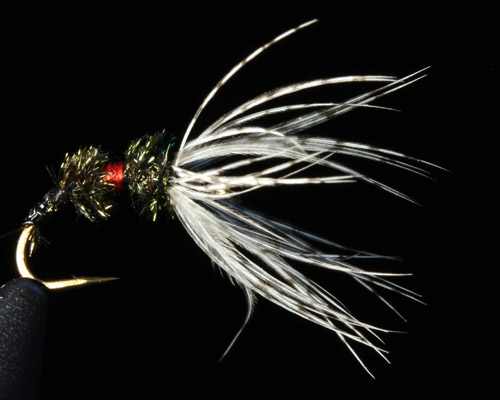 Mr. Kuhlow from our forum tied the nice western/tenkara hybrid above, he says, “I called it the Royal Sakasa Kebari for kind of obvious reasons. When I first tied it, I was thinking about what kind of kebari would be great for small stream brook trout. Then I thought why not combine the best aspects of a sakasa kebari (namely the reverse hackle) and another proven fly, the Royal Coachman. That fly has been around since 1878 and worked so well that numerous other types of flies have used it’s color scheme. So I applied the herl and silk red band and reverse tied partridge hackle to a scud hook and away I went. It became one of my best flies for brookies last year. The only issue I have now is that I have tied so many new patterns this past winter I wonder if I’ll get a chance to fish it this coming year!”

Below is John Burge’s take on a classic tenkara fly, tied after one of Yoshikazu Fujioka’s favorite patterns, and I think its visibility will be a great asset in a fast flowing mountain stream. 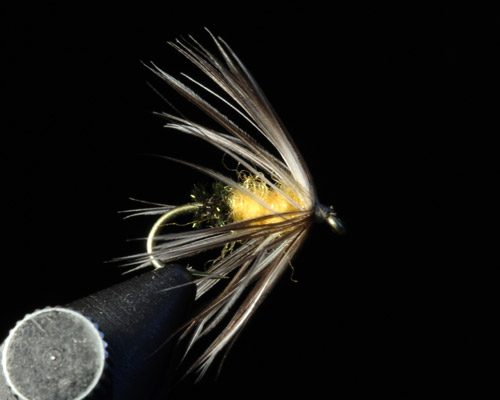 Bob Kern (Narcodog) tied the fly below, I really like the way the hackle matches the body. I kept the photograph a bit dark to accentuate the yellow of the hackle and the body. 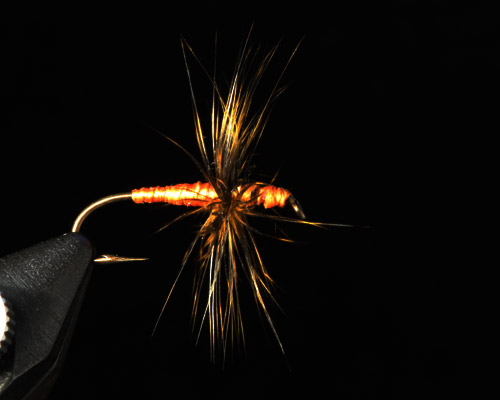