Tenkara Flies of the Day II

Rick Setina tied the fly below and says “I chose the sakasa kebari with a black body and a red tail section. I used grizzly hackle because that color combination did so well last fall in the high sierra mountains of Mammoth Lakes. I try to make my flies fairly bushy as far as the hackle goes. I feel the more action the feathers produce in the water the better it attracts fish.” I think this would work very well on a fast flowing mountain stream as well. 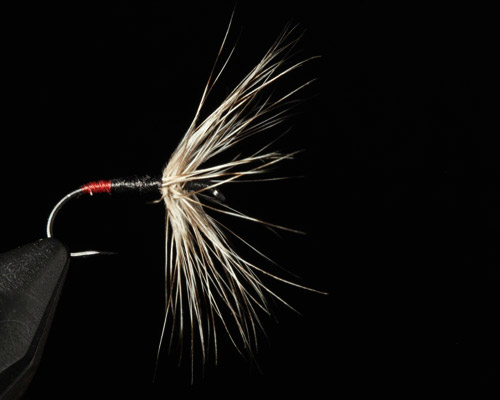 Erik Ostrander, who organized our first tenkara fly swap, created the midge tenkara fly below. Erik says, “For the second fly swap I tied a tenkara variation of my successful western fly called the “Drunken Midge”. It’s a very simple tie utilizing wine colored wire – hence the name. I have great success fishing this fly in the winter during the prolific midge hatches. I’ve been wanting to tie a good tenkara style version of the Drunken Midge for some time now, and I believe my design holds true to the original pattern. I call this one “Umeshu Midge”, named after the Japanese liquor made from Ume, the Japanese Plum. The tie is quite simple. Mustad C49S hook in size 18 to 22, gray uni-thread, wine colored wire, and a grizzly hen hackle.” 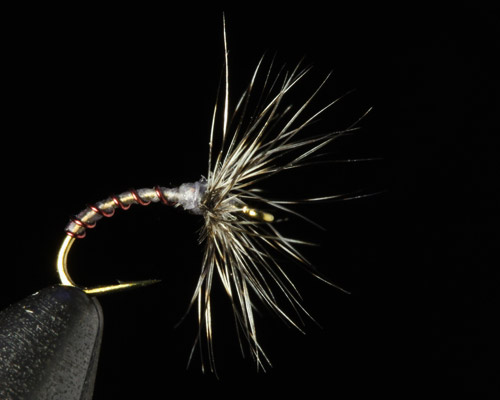