“Believe it or not, what started as a novelty for me has actually increased my catch rate by three or four times.” – Yvon Chouinard, Fly Fisherman magazine (June/July 2012) 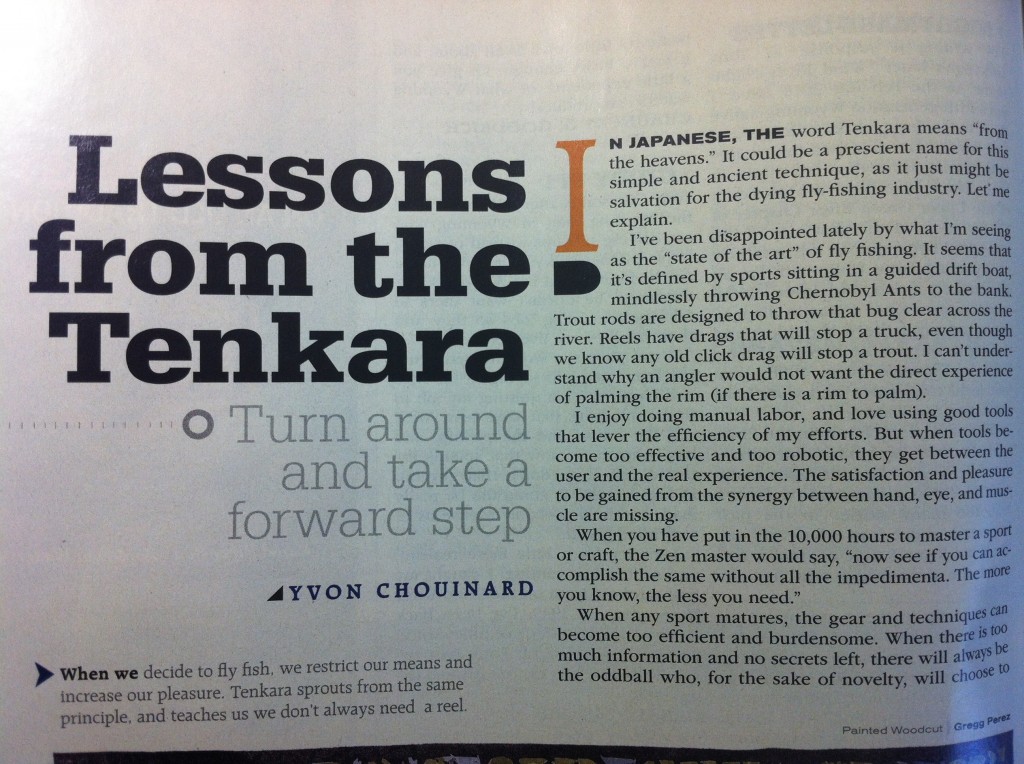 In what can be seen as a huge milestone for tenkara in the US, tenkara has finally been featured in Fly Fisherman magazine (June/July 2012), in an article written by no less than the legendary outdoorsman Yvon Chouinard, founder and owner of Patagonia. It took quite a while for the largest magazine in the sport to cover tenkara . We couldn’t be happier to see the article written by Chouinard himself, a person with great knowledge of the method and dedicated to it.

What most people don’t know about Yvon is that he is a huge fan of tenkara, and one of the only people in the country that practiced tenkara before we came about. He has been by far our biggest ambassador; during the fishing season last year  there was probably not a week that went by when we didn’t get a call or  email from someone saying, “Yvon suggested I talk to you guys…”.  And, he even attended the 2011 Tenkara Summit, where I had the pleasure of fishing with him.

In the article, Yvon describes his favorite technique, twitching the fly. He says, “just like your house cat or any predator, [fish] want action…The best way to imitate that action and to trigger a response is by using a slow-action rod with a delicate tip and a short, line line. The best rod for that is the Tenkara.”

When I was in Oregon last week it was evident most subscribers were already receiving the magazine. When I finished my presentation several people came to ask me about his technique, which Yvon says is deadly. One of the last times I saw him he told me about the article he was writing and a new technique he had been using. He sounded excited about the success he’d been having with it, outfishing his friends 4 or 5 times he told me. It sounded very similar to one of my favorite ways of fishing, so I was looking forward to reading how he described this.  We will let you get a copy of the magazine to read more about how he does this, and the rig that he prefers to use.

If you’re not a subscriber to Fly Fisherman magazine, or gave up your subscription because they never talked about tenkara, definitely look for this issue. (And, no, the big striper on the cover is not a fish caught on tenkara – big fish are what sell magazines… or so they say). 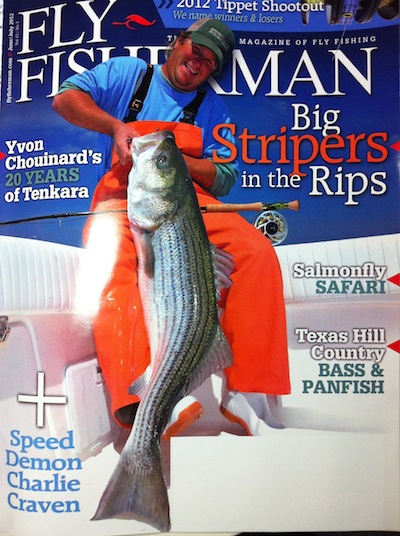