Today I started fishing near Aspen, Colorado, after giving a presentation in the area yesterday. In the morning I headed out with a group and caught some beautiful rainbows, mostly in the 18-20″ range. Then, in the early afternoon I hooked into browns (still in the same river), at least one at about 20″.

On the 3.5 hour drive home I stopped in a small stream off the highway to take a break and fish. A few minutes into fishing and I hooked a couple of cutthroats (western slope cutthroats I think). As I walked upstream I came across a beaver dam, cast above it and caught a brookie. As I walked away to farther spot I thought to myself…”wait a minute, I just caught a Colorado Grand Slam! YEAH!”. A quick note, I caught them all on one fly… not just the “one fly”, but the actual same fly (a variation of the amano kebari). I’m putting a new “Tenkara Diary” video together, hopefully you’ll see it tomorrow, but here are the photos: 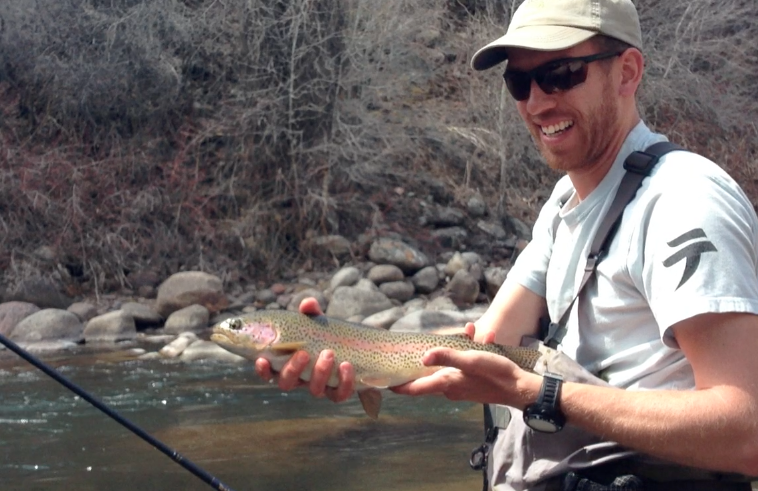 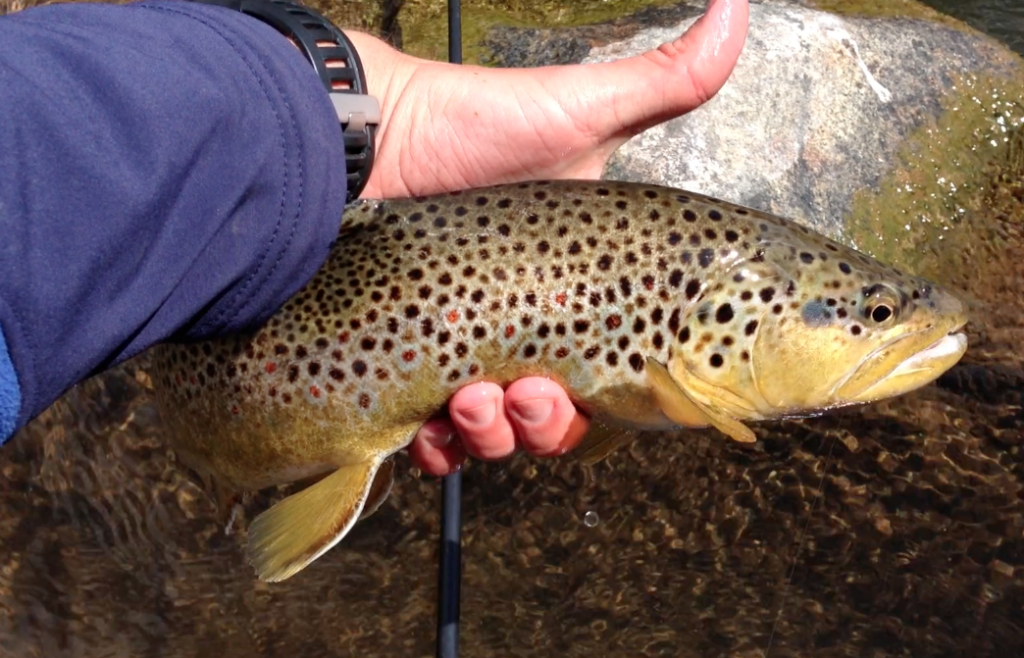 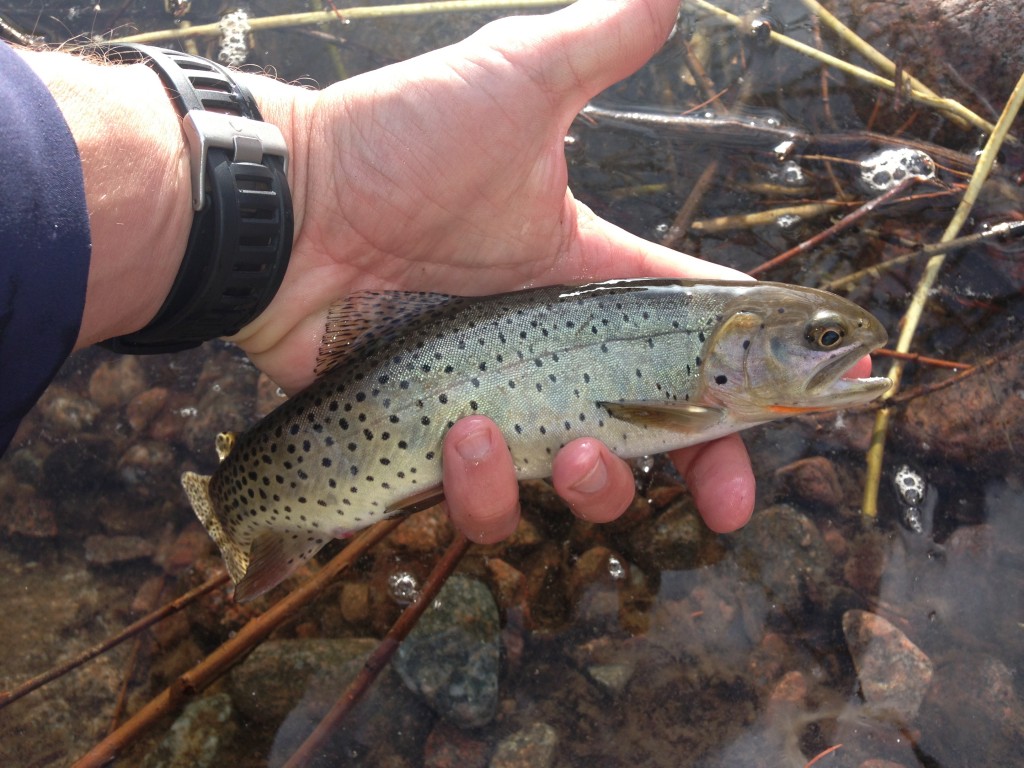 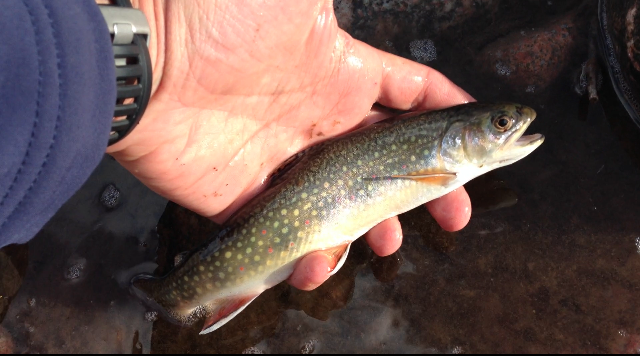