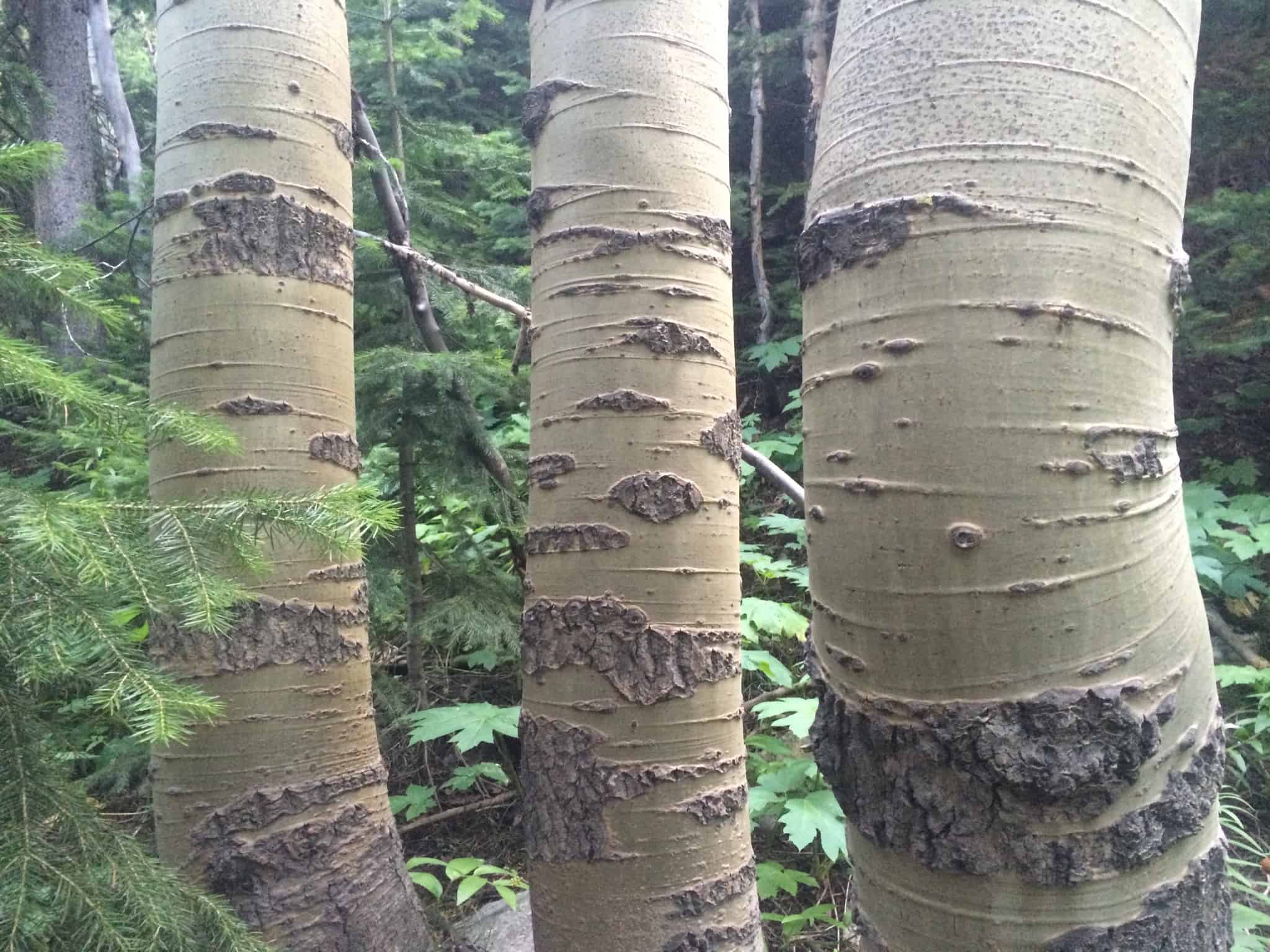 I love how the Japanese have terms like “shower climbing” and “forest bathing”. The second, forest bathing, or shinrin yoku, is a new one to me, but it has been one of my favorite activities for as long as I remember. As Doug Schnitzpahn of Elevation Outdoors describes it, “In Japan the term shinrin-yoku refers to the act of getting out and simply walking in the woods and breathing in—both metaphorically and actually—the healing aromas of the trees. The term roughly translates as “forest bathing,” or, more romantically, as taking in the essence of the forest, walking quietly, aware.”

Yesterday, late in the afternoon, I went forest bathing. 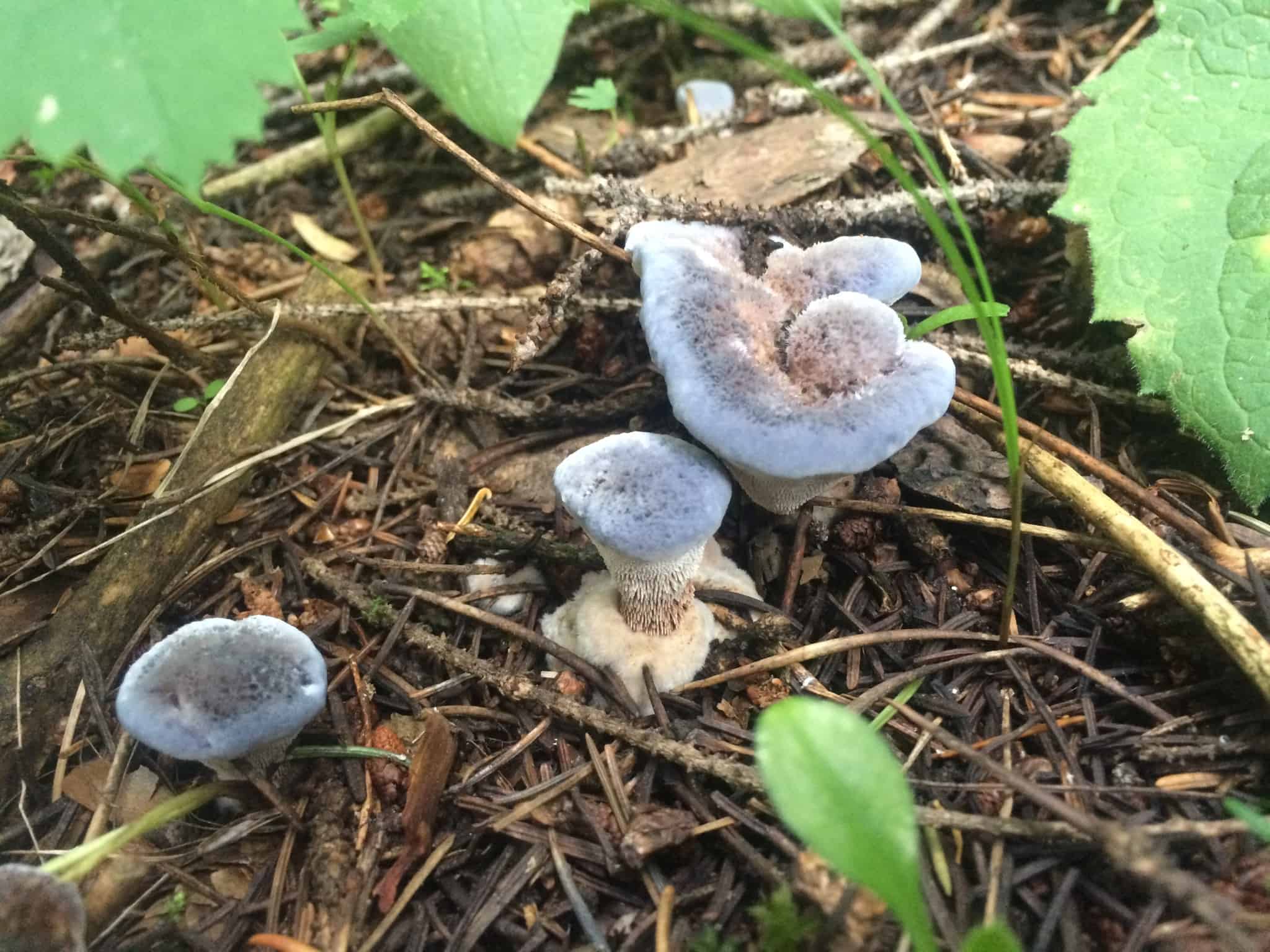 I needed it. The week prior we had worked at the Outdoor Retailer show, the world’s largest tradeshow in the outdoor industry. With driving and setting up it was a week-long show for us. The show was an enormous success for Tenkara USA, we were very welcomed by the outdoor industry, but it was also very tiring.

I tried catching up with some work yesterday but I was drained. I tried taking a nap, but napping is one of the hardest things for me to do (not matter how much I enjoy it when I get a chance to). So, I decided to drive up the mountains and enjoy one of my favorite forested areas.

It’s not that I said to myself, “I should go forest bathing today”. Rather, as is usually the case, I had activities in mind. The tenkara rod kit was the first to go in the pack. Then I added a small mesh bag and a knife in case I found mushrooms, this was in my best mushroom spot after all. And lastly, since I was running low on energy, I figured I’d take a small camping coffee kit with freshly ground coffee to be brewed streamside.

Almost immediately upon arrival I decided to cross the stream, figuring fewer people would have touched the mushrooms on the other side of the water, which requires getting the feet wet. My feet would remain wet for the remainder of the day, but I don’t mind. 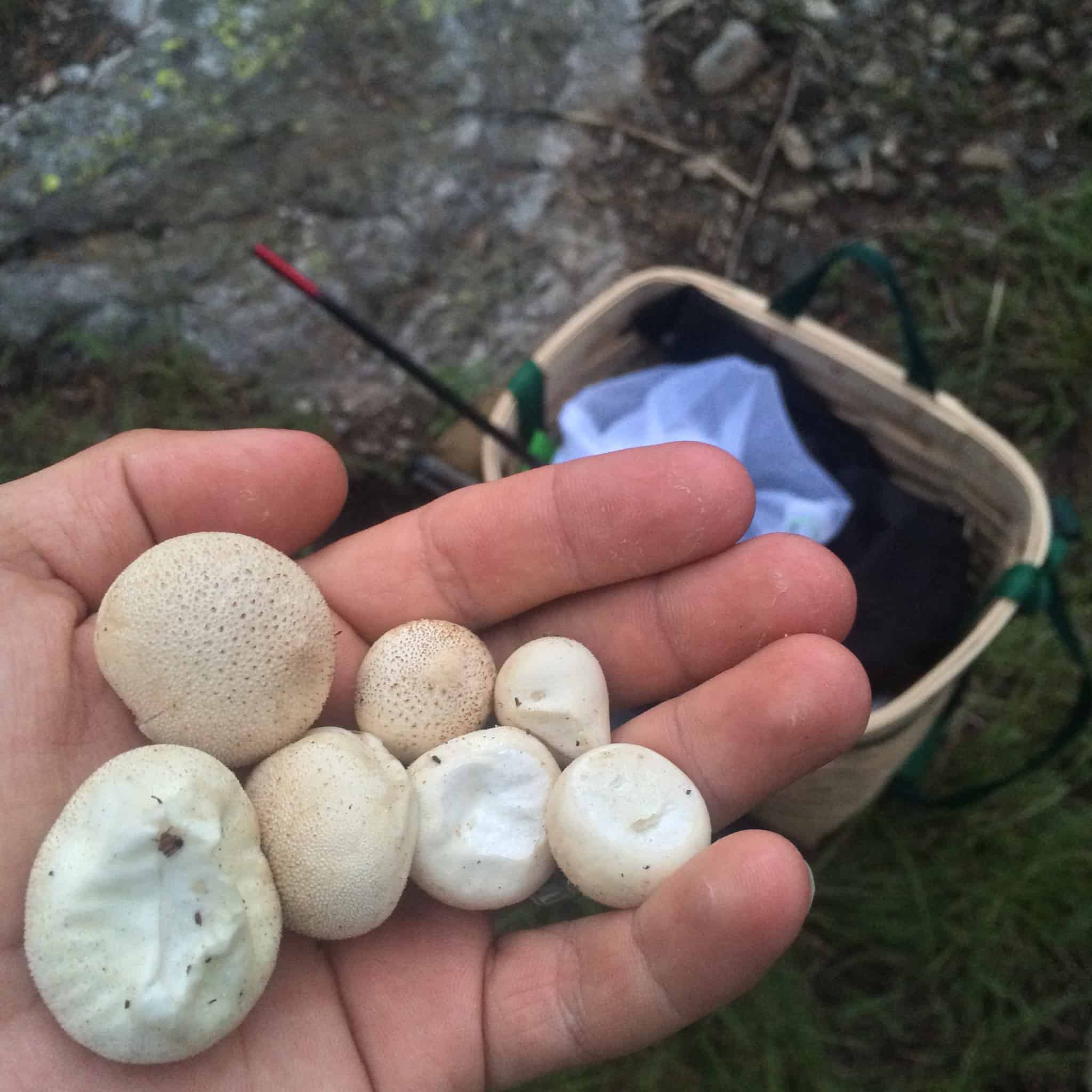 A handful of the few mushrooms I found, some puffballs

It quickly became clear the mushrooms were not to be found in as large numbers as last year, despite the great amount of rain we’re getting. Where I found lots last year, this year there were none showing yet. Perhaps the season is delayed. Mushroom hunting has become one of my favorite pastimes, it has a lot in common with fishing in that it allows my brain to tune off everything else besides the forest in front of me.

After not finding many mushrooms, I just started enjoying being there, being present, being in the forest. I started looking up from the ground a bit more. I soaked in the smell of the pines, the smell of the moss, the spruces and the occasional musty whiff of the mushrooms that alluded my eyes. I was still interested in finding them, but I realized the mushrooms were simply an excuse for me to get out and soak in the forest air.

It was not an early start by any stretch. I had left home at 5pm, arrived in the woods close to 6. It would be getting dark soon. Although I didn’t bring a headlamp, I knew the area fairly well, there was a stream to guide me, and it was a nearly full moon night (a “super moon” had happened the day before). Worst case scenario, I told myself, I had a fire-starting kit, fuel, coffee, a handful of mushrooms and the trout would be easy to catch. That allowed me to relax, and continue walking upstream at a snail-pace. I didn’t want to spend the night there, it is chilly up in the mountains now, but I could if needed and it wouldn’t be a big deal. 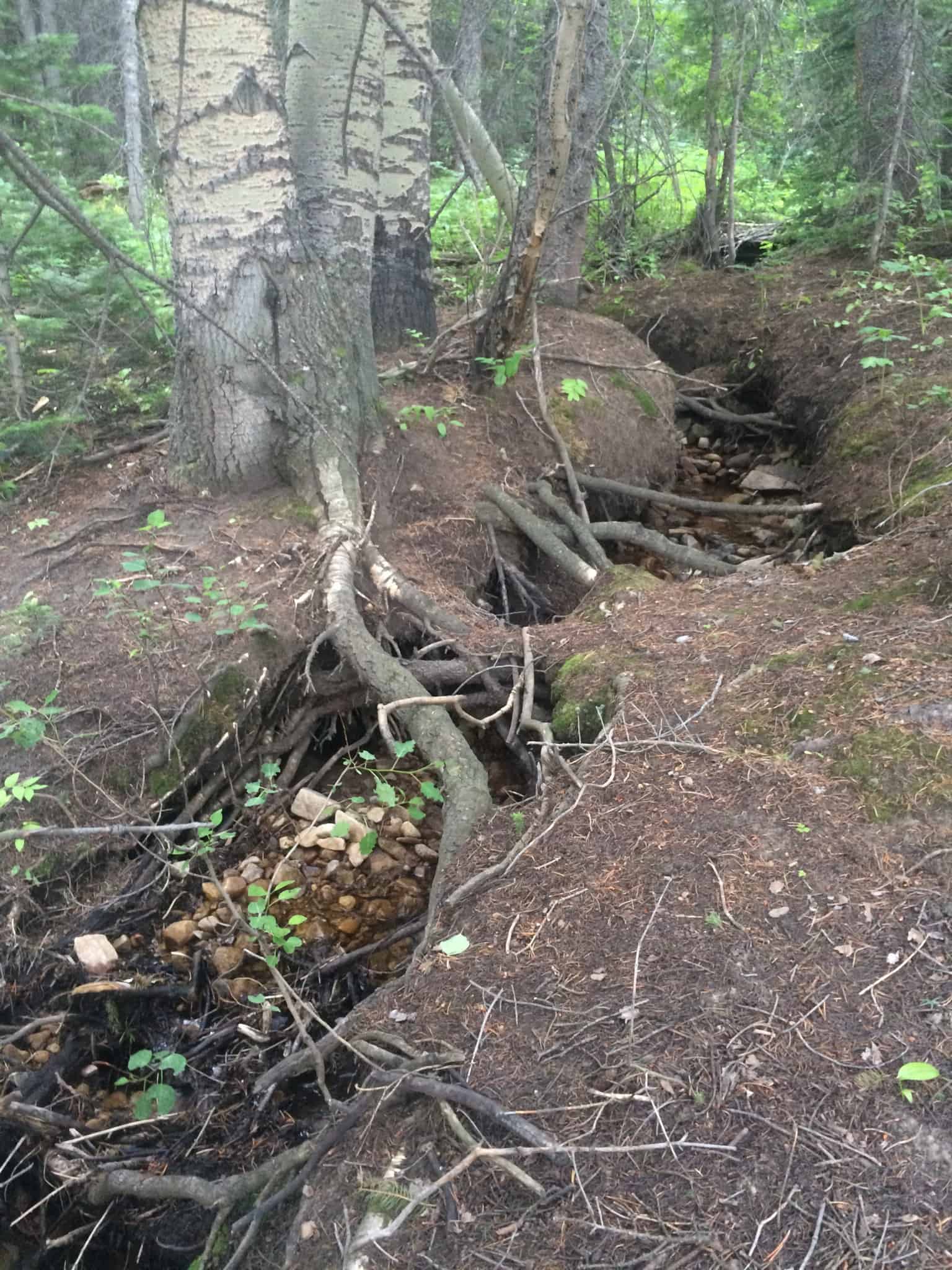 There was a magical energy in the air when I started breathing it in. It was very energizing. It seemed to take away the hangover feel I had from a long week of work. The interesting thing was to note that even though I was no longer actively looking for mushrooms, I felt in tune with the forest and continued seeing them. Of course, I probably also passed by a good number of them.

After a couple of hours of walking, noticing things I had not noticed before, such as a stand of big aspens and a small wash where roots of nearby trees seemed to be forming a natural bridge, it was nearing time for me to cross the stream back to the other side.

I had not yet fished by this point, so when I saw the water my instinct told me to pull a rod out. I tied the line to the tip of my Sato, extended the rod out and cast an Amano fly to the tail-end of a minuscule pool. On my second cast I caught a nice brook trout, big for those waters. 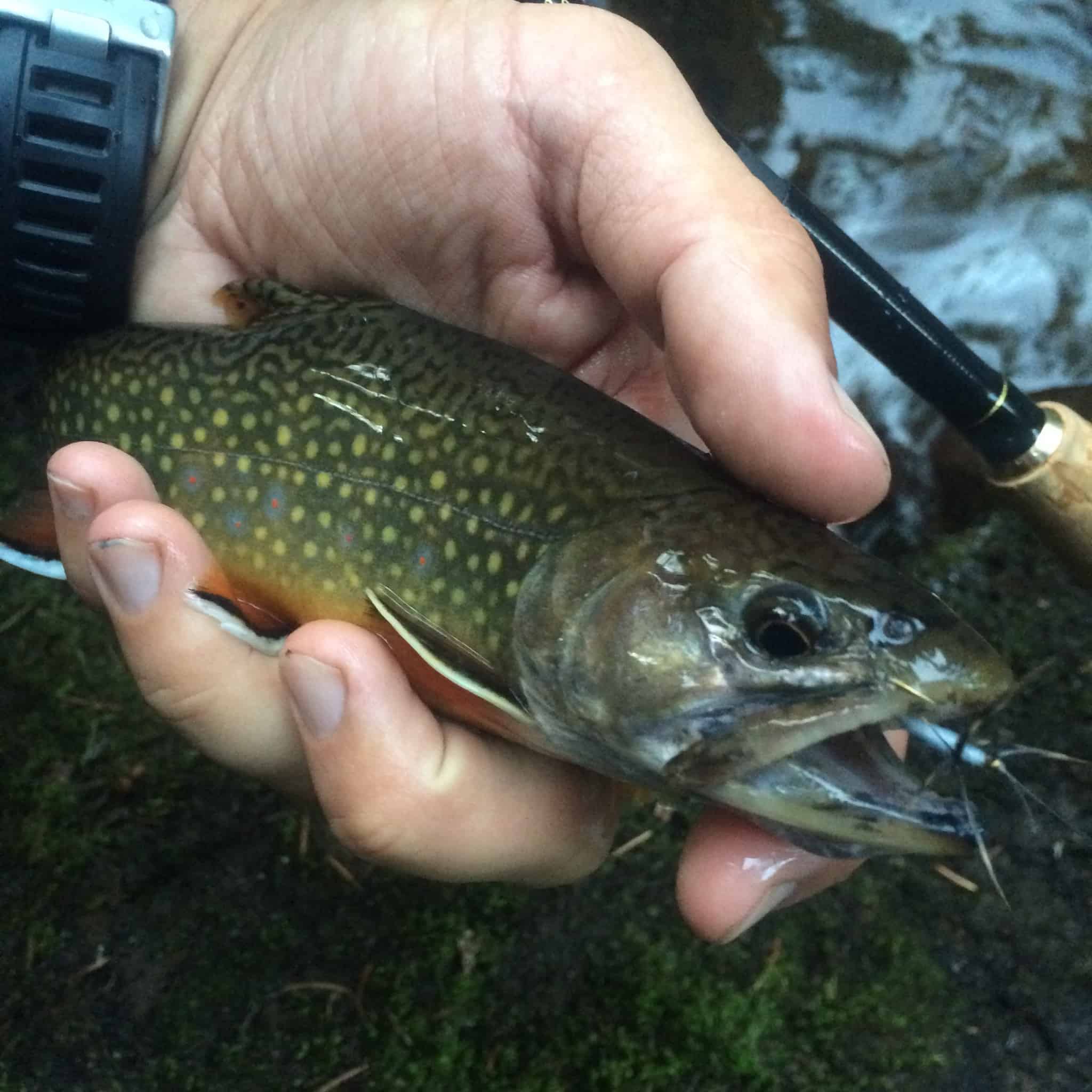 There wasn’t much time left before I could no longer see my line or anything else around me for that matter. So, I moved upstream for one last cast, cast my fly to a bigger pool, hooked a fish, and saw it was a different species when it got near me, a cutthroat this time. I had no idea cutthroat could be found in those waters, all I had ever caught there were brook trout. 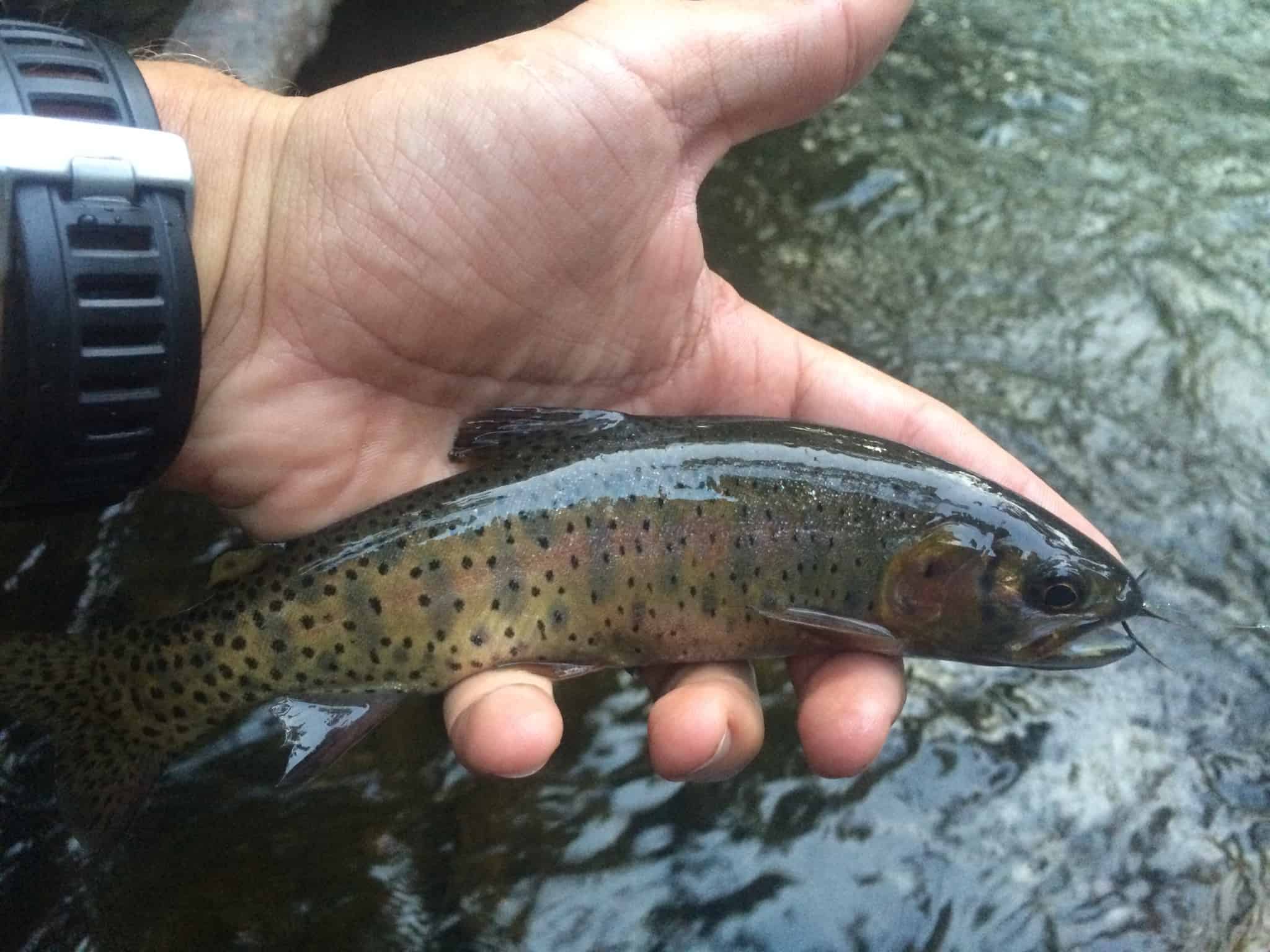 Time to cross the stream, I told myself. But, not yet time to go home.

Often times I’m driven by the activity I want to enjoy, such as mushroom hunting or fishing. It can be hard to just bathe in the forest, to just be present in the moment despite the lack of something to do. It’s not often I can let go of “do”, but rather just “be”.

I still wanted to have a cup of coffee. It would be brewed using the high-altitude clear water from the stream I had been following. This would be the only break from walking, a good chance to really relax into my environment. After crossing, I found an appropriate place for my stove. My feet were starting to get cold and uncomfortable from being wet for the last 2 hours, so I took my water-logged shoes off and walked down to the stream to collect some stream water. 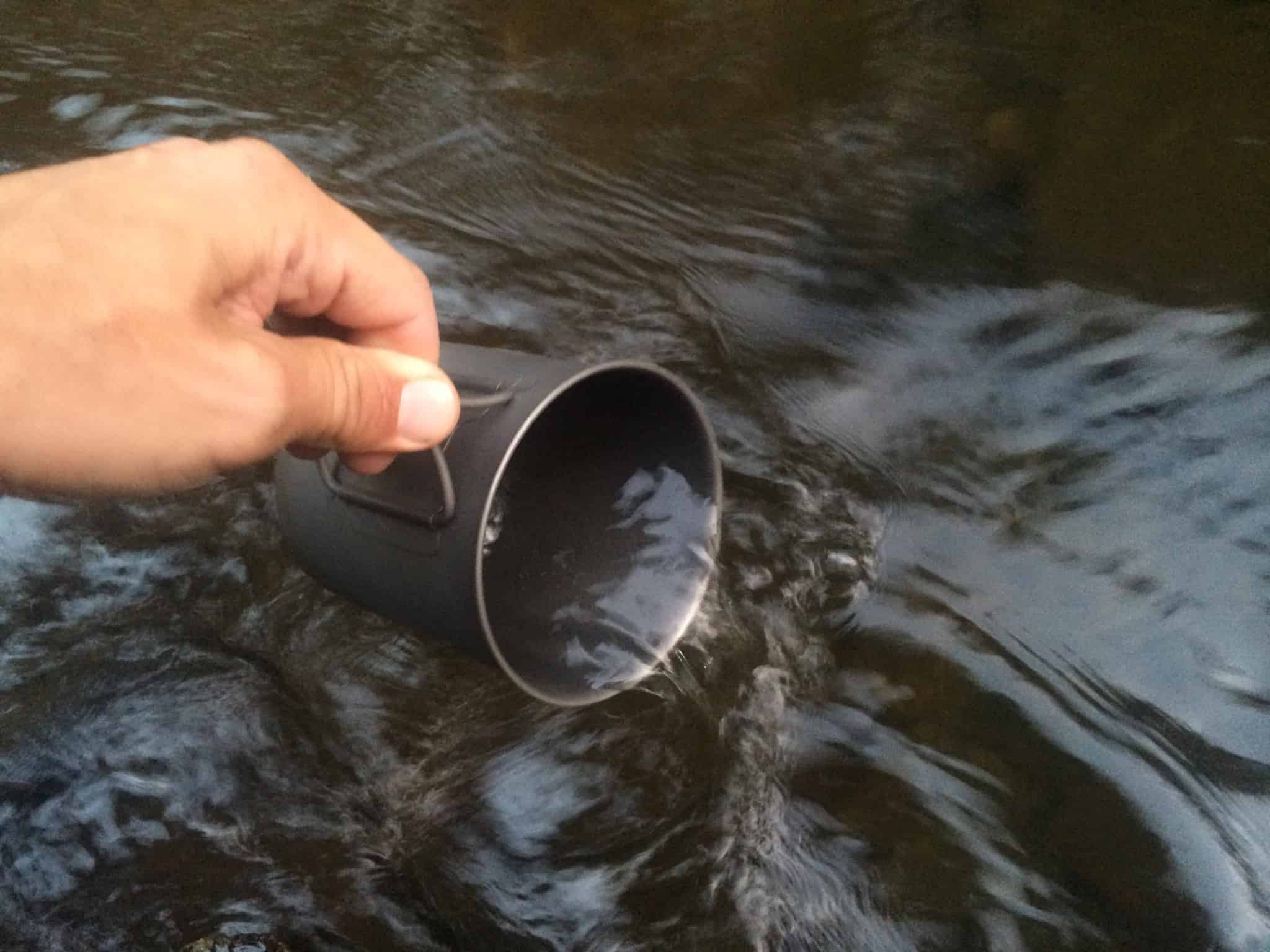 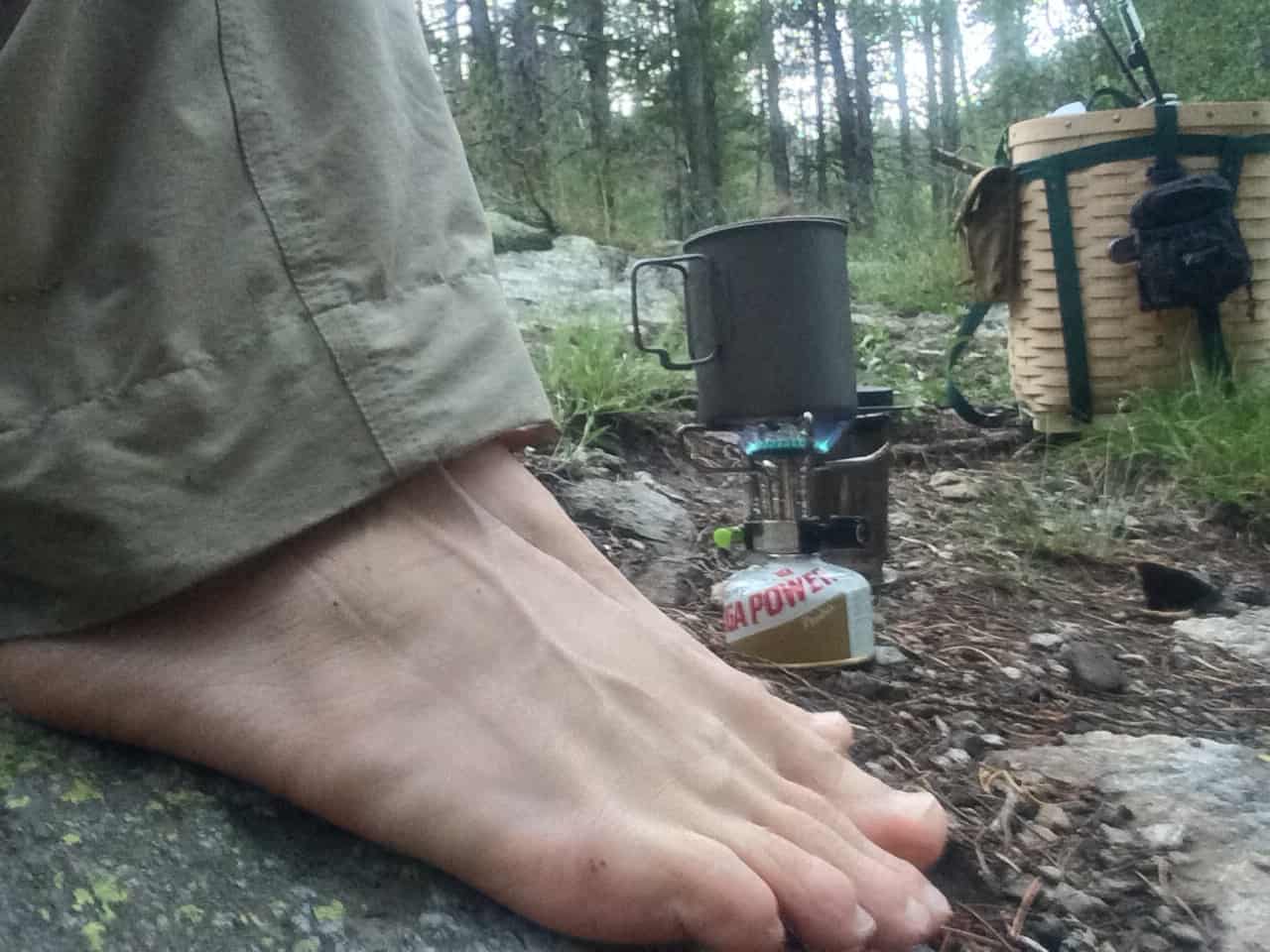 The time needed for the water to boil felt like a short meditation session. My thoughts started bubbling right at the same time the water was coming to a boil. 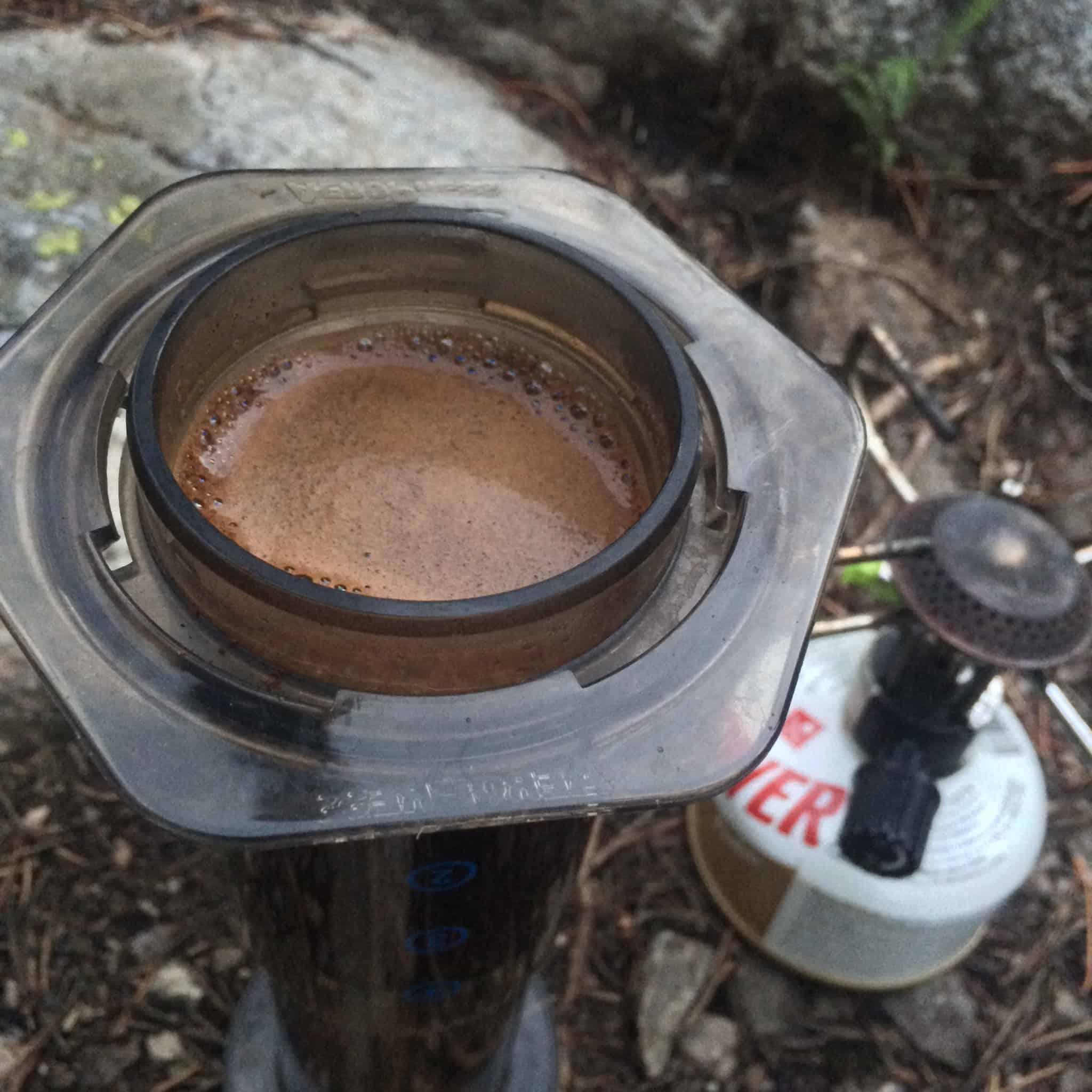 Coffee always tastes better outside, especially when it’s brewed with water that has no chemical treatment and has run by moss and rocks. It’s hard to describe how good coffee can taste when it’s made like that.

It was getting chilly out, and too dark to distinguish shadows from darkness. I truly felt like staying out there, I could make myself a small shelter ad spend the night. But, I had not told my wife and she would be very worried if I didn’t show up. I still had a two-mile hike back to my car, it was dark, and I didn’t have a headlamp. My eyes got used to the darkness and allowed me to walk with relative ease on the trail. Just as I neared my car, the nearly full-moon illuminated my path and showed me where the car was (one day after the super moon). It was now time to go home.