Improve your Tenkara Casting Accuracy with a Fun Game

Jeremy (aka adventureR) posted about a fun game he calls Knothead Trout. It’s not only fun, but is a great way to improve casting accuracy.  And to me, the “fun + simplicity” formula is the most successful way to learn anything–especially fly fishing.

First, he carved a trout out of wood and added magnets for the eyes.  Then, he tied what could only be described as a “safety-pin kebari”, also with magnets.  The goal is to cast your saftey-pin kebari close enough to the wooden trout so that the magnets catch each other and you can pull it in.

At the Summit, we had a contest with some really cool prizes.  The rules were slightly different though. You got five casts and you were only allowed to “manipulate” the fly once (for lawn anglers, that means dragging your magnetic fly across the lawn closer to the target).

Here are some of the prizes that were donated by Dr. Ishigaki including some really unique line clippers, fishing-themed towels, keychains, pins, coasters, and tenkara DVDs: 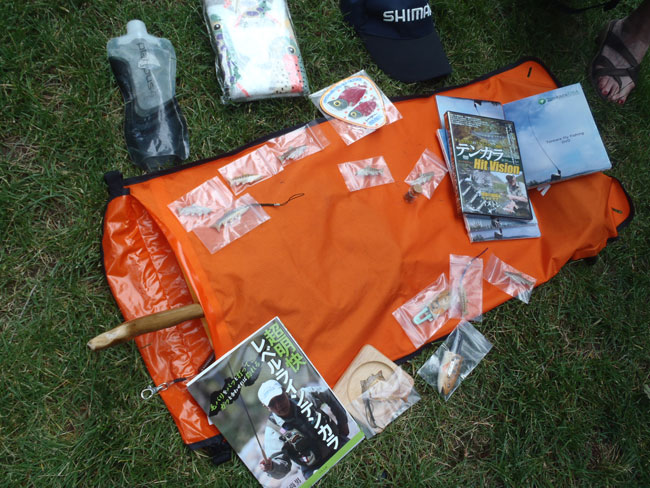 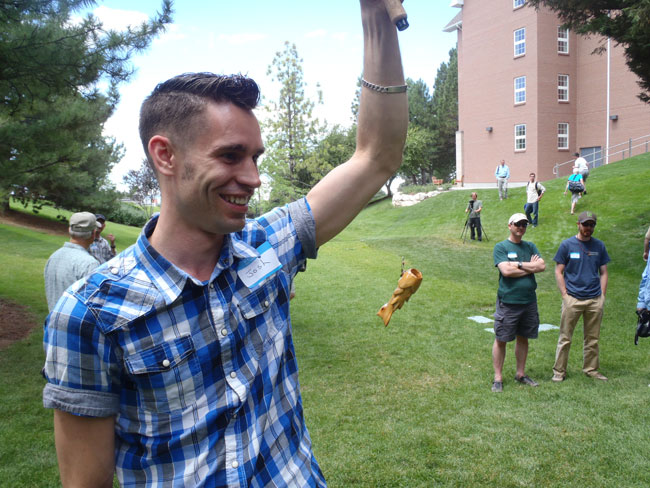 Daniel showing Mike Agneta of Troutrageous how the Knothead Trout game is constructed: 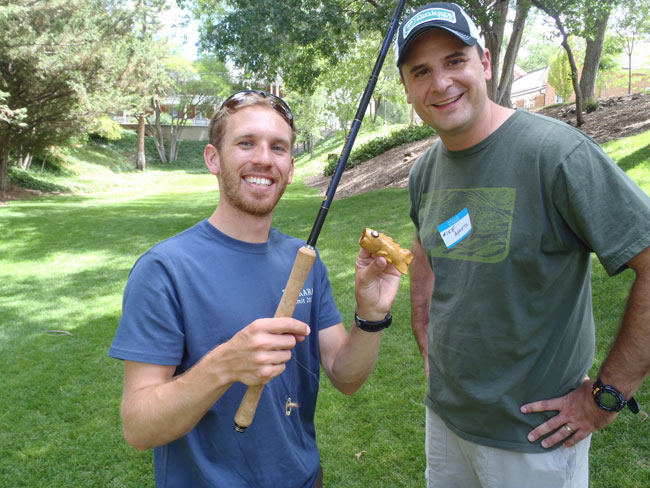 Dr. Ishigaki even gave the game a try.  He didn’t win anything though.  But after getting to know him a little, it wouldn’t surprise me if he intentionally took a dive so that others could have a chance at the cool prizes he donated.  My impression is he’s just that kind of guy but would never admit it. 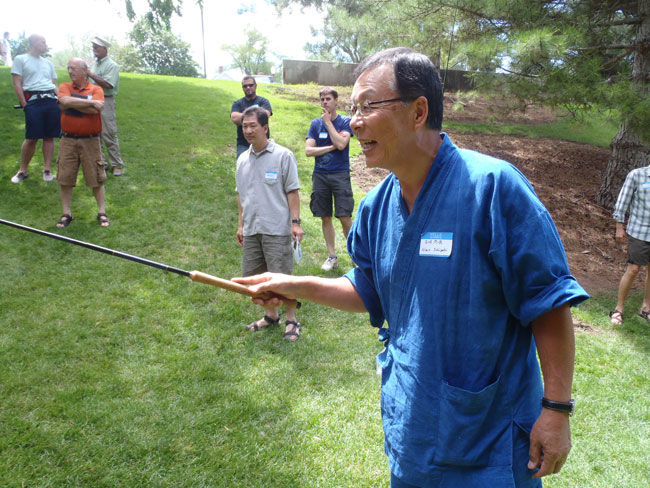 I was surprised by how many novices were actually able to be accurate enough to catch the prize.  But then again, maybe I shouldn’t be as one who always touts the ease of tenkara.  At any rate, the contest was fun, those who participated learned something, and the winners got some great prizes.  How cool is that?

Many of us might practice our casting on the stream, but it’s probably better to not waste valuable fishing time to refine your cast and practice in the off hours in your backyard when you can’t actually go fishing. You don’t have to do anything as elaborate as hand carve a detailed trout from wood.  It could be something as simple as attaching a magnet to some other lightweight object and slapping a magnet on a safety pin to be your “safety pin kebari”.  Either way, it is an effective way to hone your accuracy, get used to a new rod, or just have fun with kids or tenkara novices.  I don’t know about you, but I can see this blossoming into an official event at the inevitable “Tenkaralympics”.