The Pleasanton show ended yesterday, took me about a day to recover. What a show! For tenkara, this was the apex of the fly fishing show season, and the beginning of the “year of tenkara”.

This time the impression that we had a busy booth was confirmed  by multiple reports that indeed we had the busiest booth in the show! Our inventory dissipated like crazy despite the careful planning with experience from previous show. So, yes, I’m stoked – the tenkara community grew considerably this weekend.

Connecting with customers in person was certainly the highlight for our team. A new tenkara adopter, Mike Sevon and his wife wrote to us after the show,  “Tillie and I  really enjoyed the show and being able to handle the different Tenkara rods was the highlight.  I spent the entire day on the internet learning as much as I could about Tenkara…Since we only bought one Tenkara rod, the 12 foot Iwana, I have a feeling we will be fighting over this rod until I get another one.” 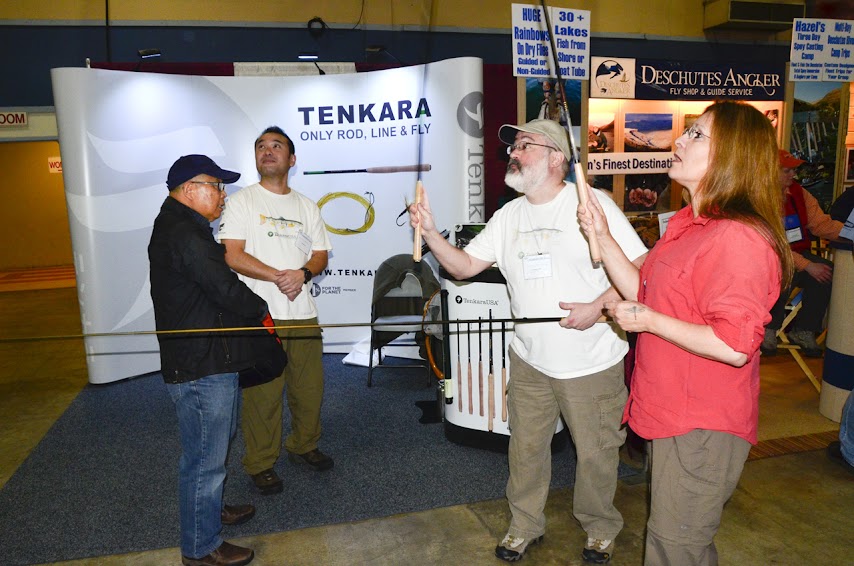 TJ, our customer service face, and Masaki lent us their very passionate and energetic enthusiasm for all three days. It wouldn’t have happened without their help. They helped customers left and right and allowed me to give a couple of demonstrations or interact with other vendors and friends. A winning team. 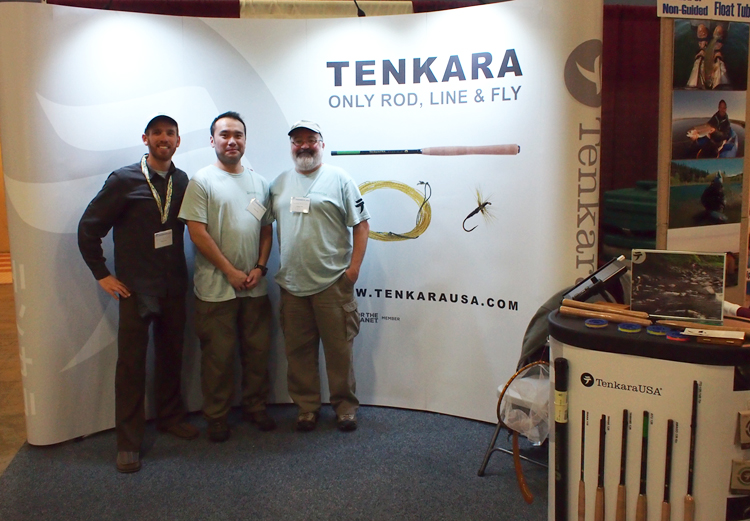 The casting demonstrations again served to dispel the “myth” that tenkara is dapping. I couldn’t keep track of the number of people who stopped by our booth and said, “oh, so it’s just like dapping…”. I would respond that no, it is not, and invite them to watch the casting demo a few minutes later, or take them behind the booth and let them cast the rods themselves. 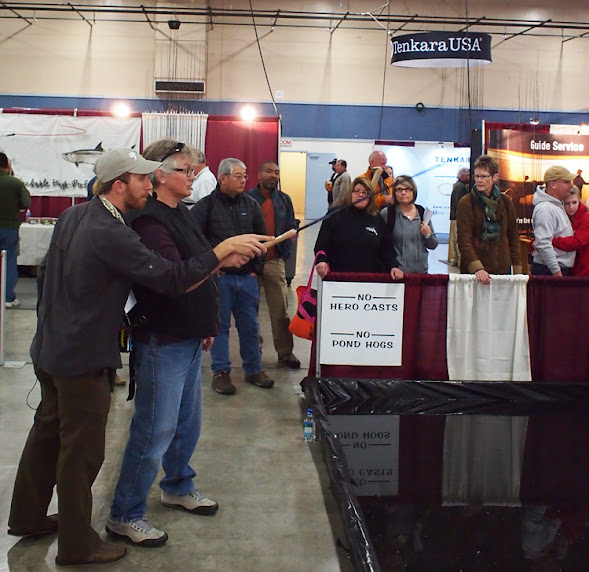 Next up, Pasadena! Please join us next Saturday and Sunday at the Fly Fishing Show in Pasadena.