Daniel has been posting a lot of flies from tenkara anglers in Japan over on the Tenkara USA Facebook page lately (click here to see Daniel’s summary from his blog post yesterday).  They’re all beautiful and unique but one in particular struck me as distinctly different.  It was the Kurobe kebari tied by Mr. Fujioka.  At first glance, this fly might not seem like anything special.  But what I found so interesting about it was the fact that the hackle was palmered.  “Palmered” means that the hackle is wound through the body of the fly, rather than just at the head as in many tenkara flies.  It reminded me of some of the classic British palmered flies such as the Wickham’s Fancy or Soldier Palmer.  While I knew that not all tenkara flies are tied in the reverse hackle sakasa kebari style, it was the first time I had seen a tenkara fly with palmered hackle.  And it got me thinking…

Even though I’ve mostly given up my entomological pursuits, I couldn’t help but be reminded of a simple fact.  Real insects don’t have legs that point out from their head like a sakasa kebari.  They have legs splayed out through their thorax. Some point forward, some point back.  And when they’re tumbling or swimming, they could point in any given direction in what must resemble more of a jumbled mess than a neat “paint brush”.  It would seem then that a palmered fly would more closely replicate an insect than a pattern with hackle just behind the eye.

And the more I thought of it, I discovered a couple of other reasons why palmered flies would seem to make sense.

For one, they offer the illusion of more movement.  If one of the keys to the sakasa kebari’s effectiveness is the motion in its hackle, then wouldn’t it look like more things were moving if the hackle were spread out rather than concentrated all in one place?

Another is segmentation.  Palmering the hackle through the body leaves gaps between the wraps that create a segmented look (another buggy hallmark). And, it does this without the need to add any extra ribbing material like copper wire.

So after all of this, I decided to try to tie some Palmered style flies.  As soon as I got going, I realized how open to experimentation this style is.  There are literally an infinite number of material and color combinations you could use for the body, thorax, and abdomen.  I actually had a hard time settling on which ones to chose for my first go.  Obviously, this will be an ongoing experiment but here are a few to get started… 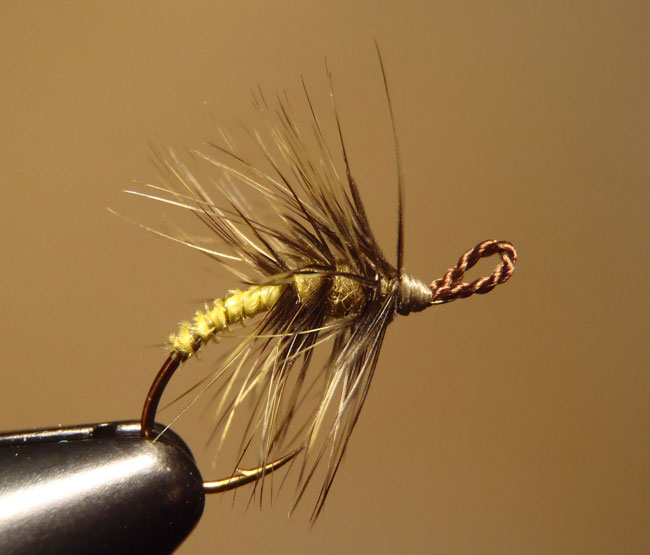 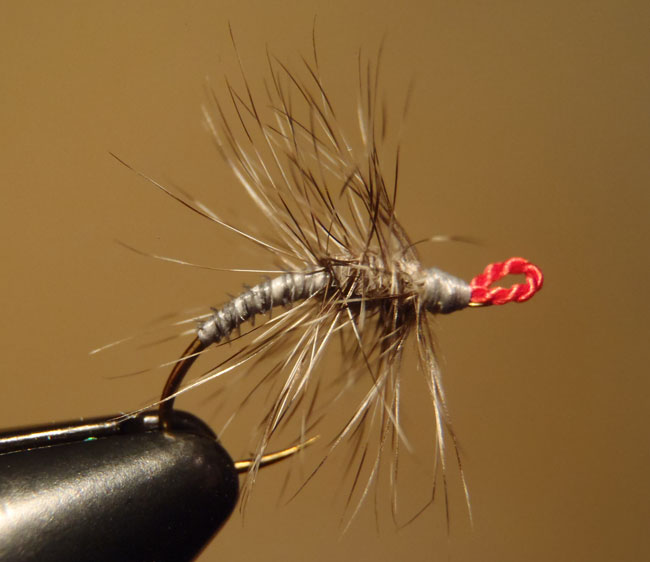 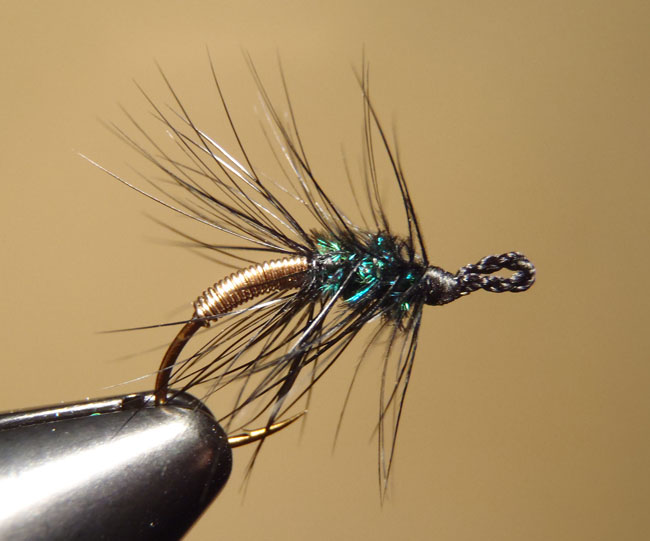 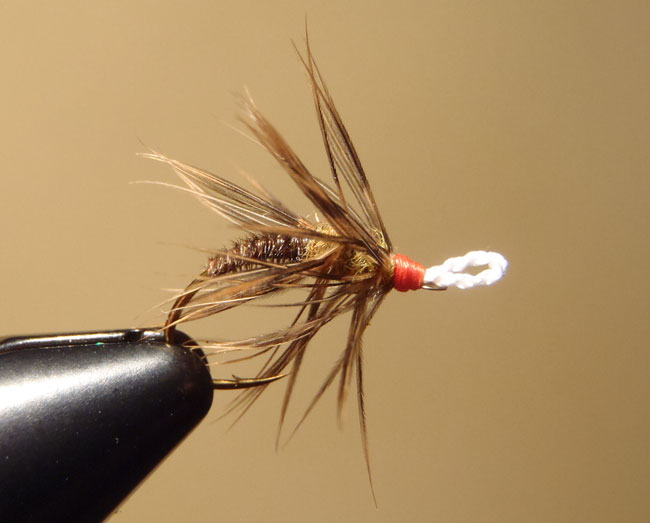 Seeing these flies from Japan has really got me thinking beyond sakasa kebari.   Back when I thought the only tenkara flies were sakasa kebari, it felt kind of limiting. But now, I have a new sense of freedom and a whole world of tenkara fly tying opportunities ahead of me.

What styles of tenkara flies have you tied that are “outside the box”?

11 Responses to Palmered Flies for Tenkara