I may say this every year when December 30th comes, but I’ll say it again, “I just can’t believe the year has already come to an end!” So much has happened through one more year of introducing tenkara to the US that a big chunk of it just blurs together. It is a strange feeling. But, luckily we can look back at all our 2013 blog posts and relive the year. Here are the posts that saw the most view and/or most comments this year:

1) The More You Know the Less You Need: Some specific examples of things which tenkara show you you do not need.
2) Tenkara Podcast: If you’re looking for something to listen to while you drive or work, checkout the first Tenkara USA podcast which we recorded with Jason Klass from Tenkara Talk.
3)Tenkara Testimonials: With the Fly Fishing Show season just about to start again, checkout this video we made the last year’s Fly Fishing Show where we asked people what they thought about tenkara. 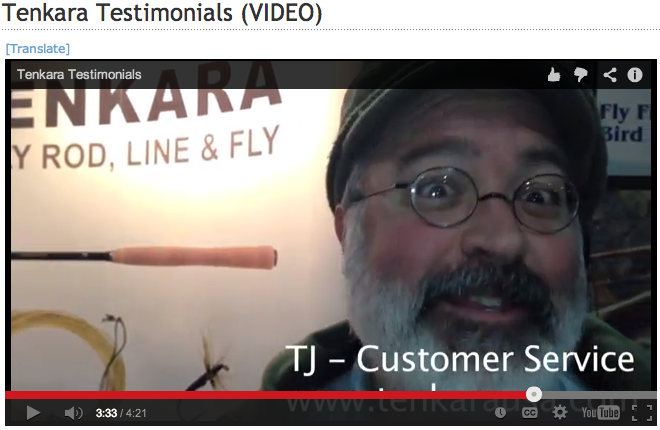 5) The Last Commercial Tenkara Angler, Bunpei Sonehara: one of our most popular posts this year was the story written by Bunpei Sonehara, largely considered to be the last commercial tenkara anglers in Japan. We translated the story to give folks a glimpse of what tenkara was like back in the day.

6) The 30-second tenkara pronunciation guide [VIDEO]: This was a fun video where we asked several tenkara anglers in Japan to show us how to say certain words, including “Ten-car-ah!” 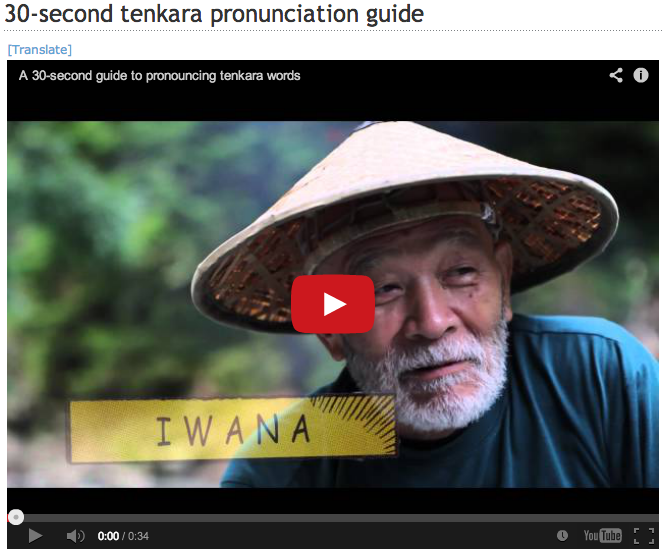 7) 2013 Japan Trip, 1st photographs: Every year I go back to Japan to learn more about tenkara and share its story here. This is my first post of this year’s trip. I love the photographs and memories of that trip, which I took with Mr. Yuzo Sebata.

8) Tenkara Flies Map: A map with the placement of some of the most recognizable tenkara flies of Japanese tenkara anglers. 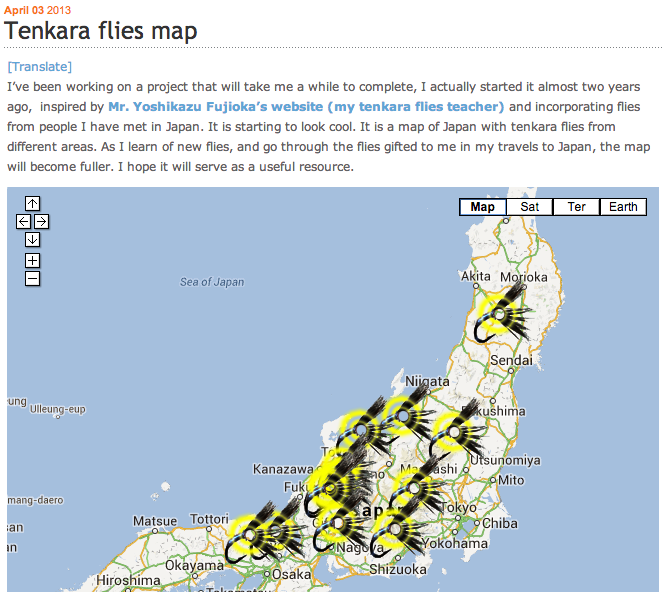 9) Shower Climbing (Canyoneering) and Tenkara: This is probably just my personal favorite as it combined two of my great passions, climbing adventure and tenkara.

10) Tenkara Techniques and How to Cast with Tenkara videos:  two of our most recent videos highlighting how to cast with tenkara and 6 main techniques used with tenkara

11) Release of two new rods, the Sato and Rhodo triple-zoom rods: After 2 years of working on 2 rod models, we were finally able to release them. Very proud of their successful launch.

12) Tenkara Magazine: another successful item, we finally created the first magazine in the world dedicated exclusively to tenkara. Very proud of that 2013 accomplishment.

One Response to Our 12 favorite tenkara blog posts in 2013

« Merry Christmas Tenkara USA at a Fly Fishing Show near you! »