On a recent visit to Japan, I spent time with one of the longest-practicing tenkara anglers in the country, Mr. Yuzo Sebata. One of Mr. Sebata’s students had created a cartoon character after Mr. Sebata: Sebatake Kun (せば茸くん). Mr. Sebata is known throughout Japan for his wild forays in search of fish and mushrooms; he’s both an expert in tenkara fishing as well as identifying mushrooms. Sebatake is a play on words where “take” means mushrooms, “kun” is wizard. So, essentially the character is the Sebata, Wizard of Mushrooms. The Sebata name is already synonymous with tenkara. 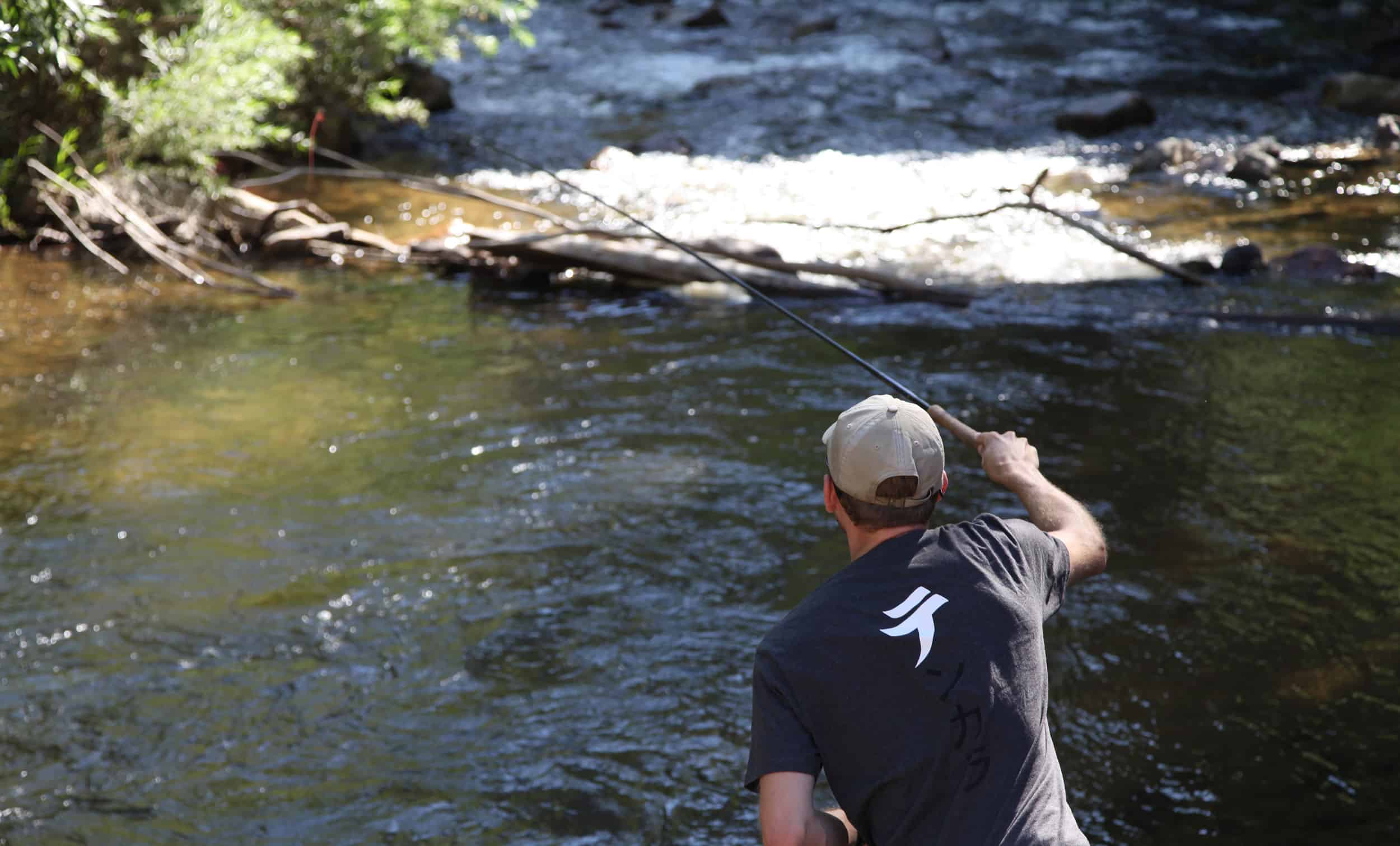 Once we posted pictures of Mr. Sebata wearing his trademark dark blue, long-sleeve shirt featuring Sebatake Kun, we were inundated with requests by customers asking where they could get the shirt. So we asked Mr. Sebata and his student for permission to use the character for making some shirts. All they asked in exchange were a couple of the Tenkara USA ITO rods, with which Mr. Sebata had become a huge fan.