The Most Popular Tenkara Rods

Shop for our most popular tenkara rods 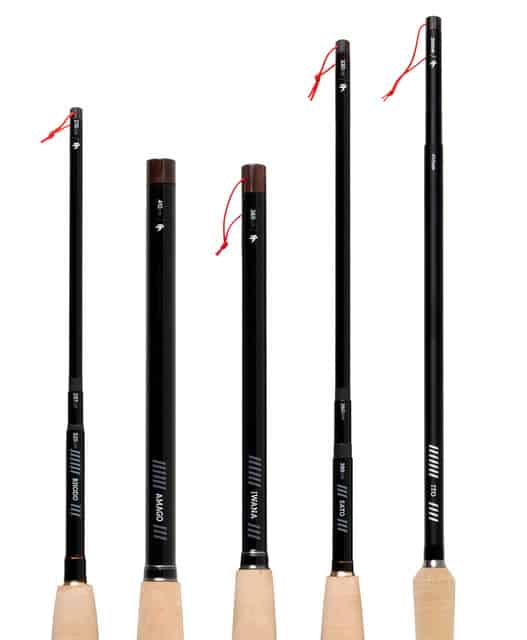 Over the years we have worked on a number of tenkara rod concepts. Most of them are still around, due to their popularity with tenkara anglers. As we seek to keep our lineup of tenkara rods small, we have also replaced some rods over the years. After more than a decade creating authentic tenkara rod designs and with a loyal following of dedicated anglers, we can share what our most popular tenkara rods are:

The Hane was a bigger hit than we could have predicted. It was a rod that was missing in our lineup when we launched it in 2017. We wanted a tenkara rod that would be even more portable than the rods we already made, a rod that could fit in a small daypack without being exposed to snags on our hikes. We wanted to make a fly rod that could fit in your pocket (well, if you have a long pocket anyways). We took our lessons from the best tenkara fishing rods we had designed and tried to put them in one package so that it could fish in a variety of conditions. The Hane is our adventure rod, take it anywhere, fit it in a bike or pack, and target whichever fish you come across.

The Rhodo is the shortest tenkara rod in our lineup. Over the years we were frequently asked to make a tenkara rod under 9ft in length. However, we strongly believe such a short rod would leave customers desiring for more reach. So, what to do? Well, we designed a tenkara rod that could be fished at under 9ft if they wanted and for when things got very tight. At the same time we wanted our customers to have the ability to fish it longer. The Rhodo can be fished at 8 feet 10 inches, 9 feet 9 inches or 10 feet 6 inches.

Honorable mention, over a decade and going:

The Iwana was the rod that established us as the original tenkara rod company in the US. It has gone through a couple of iterations, several improvements, and even some variations such as when we offered it in shorter lengths, in different actions and even made conversion handles for it. The Iwana is a great value rod, and we continue to offer it as 12 feet in length, which is the most popular length for tenkara rods.