A nice story by Amanda Ghysel 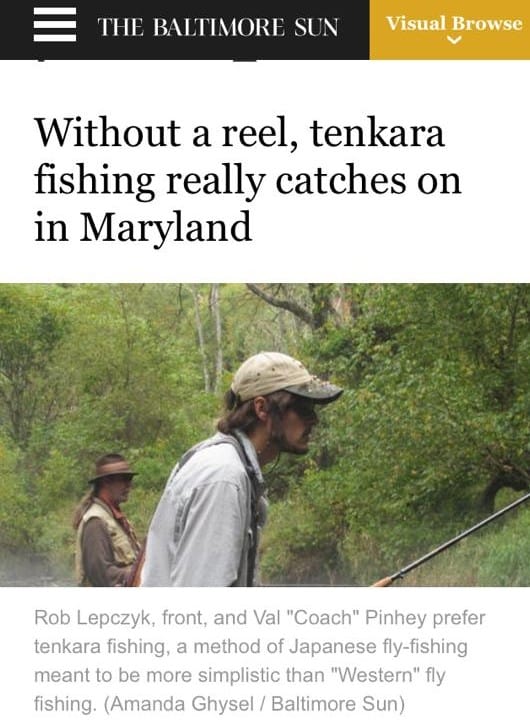 “Forget about ‘Western’ fly-fishing rods. The new rage around the area is tenkara fishing.”

“The most significant advantage of tenkara style is no drag on your fly,” [Rob] Lepczyk said. “Drag” is an unnatural movement of the fake fly, in which it pulls against the current of the river or stream. Lepczyk compared it to the V-shaped wake of a boat. “Bugs don’t do that. It’s unnatural. So fish usually aren’t going to come up and eat that,” he said.

With tenkara, Lepczyk emphasizes, “it is almost physically impossible to drag your fly with a line that’s as long as your rod.”