We often underestimate kids and what they can do on their own. At least I think I do, and sometimes I forget what I was doing as a kid too. 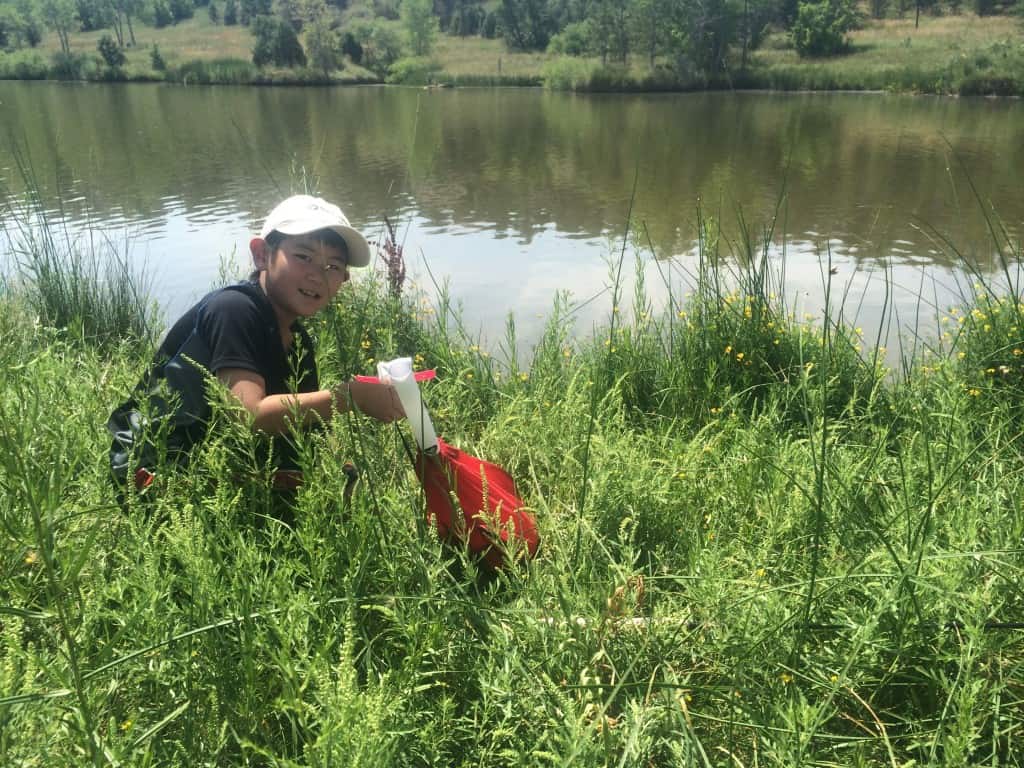 My wife and I are currently hosting a family from Japan for a month. We don’t have kids ourselves, but now we have a full house with a 1 year-old,  a 9 year-old and their mother. I met the 9-year old Kyosuke a couple of years ago when I was spending a couple of months in the small mountain village of Maze, a town of 1,400 people. Kyosuke is a river boy, he likes to spend all his time in the water, and he loves fishing. When I first met him I taught him about tenkara, and also how to tie tenkara flies. But, in the small mountain town of 1,400 he doesn’t get a lot of exposure to the outside world. So, his mom decided to show him there are different cultures to learn from. But, as always, it goes both ways and we’re learning a lot by having them here. 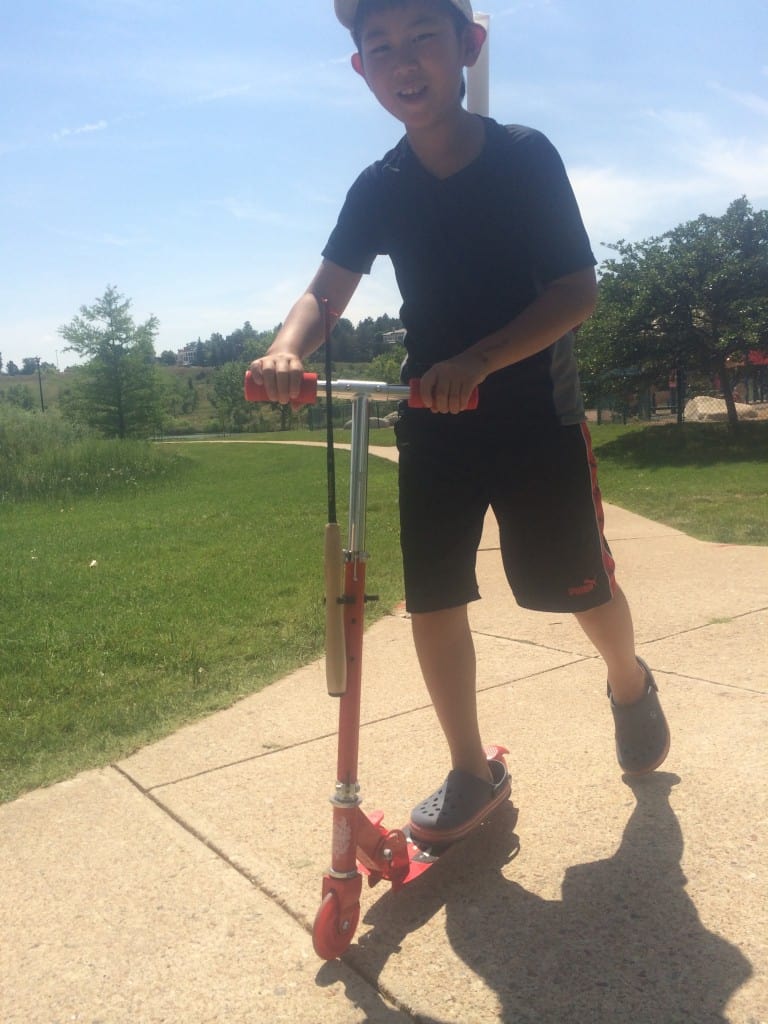 A couple of days ago I woke up relatively early and went to make my coffee. I found the mom with her 1-year old having breakfast, but Kyosuke was absent. Very nonchalantly she told me he had gone fishing at a lake about 2.5 miles away. Wow, that’s cool was my first thought, and I tried to keep only that thought in my mind, but worrying thoughts very briefly popped in my head “is he gonna be ok?” “Will he get lost?”, “He doesn’t speak a word of English, what will he do if he gets lost”.

Coincidentally, just 3 days earlier I was having dinner with our staff and at one moment we chatted about how our childhoods were shaped by spending time in nature and how our parents just let us go do stuff outside on our own, and nowadays it seems like that doesn’t happen. Fear. 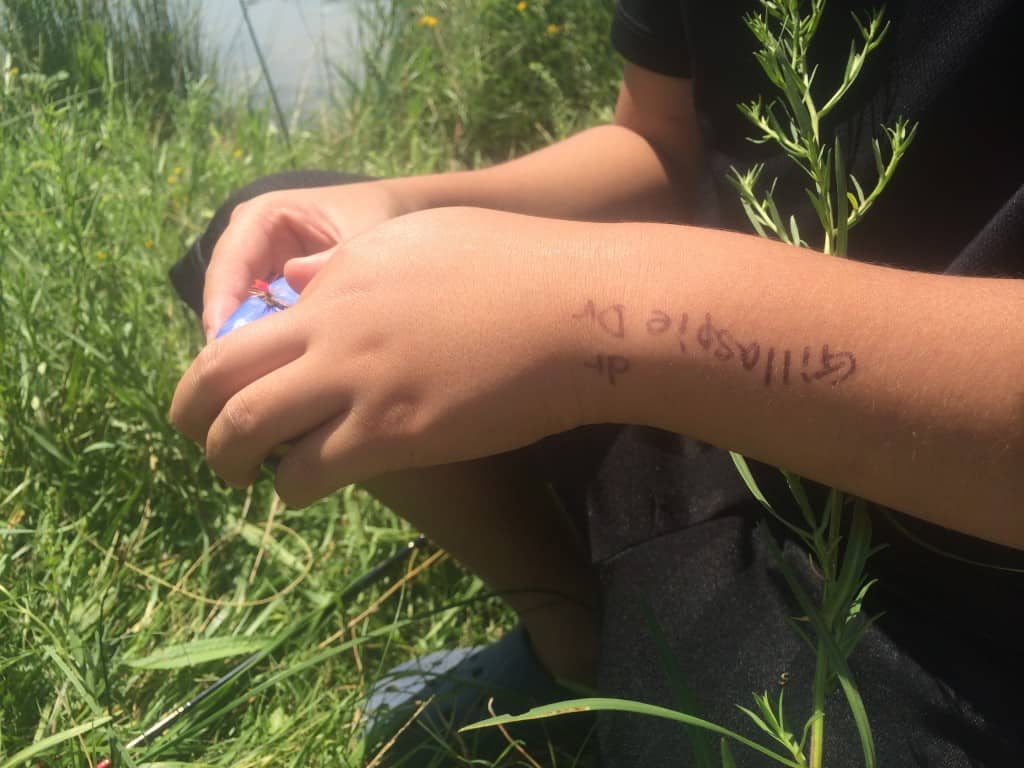 And, then, two days before Kyosuke took off on his own my Facebook news feed greeted me with these two articles: How parents go arrested by letting their children play on their own in two separate cases, and a TED talk about “5 dangerous things you should let your kids do”. And I have seen a couple more articles come up about the topic since then. Is that a trend? Are parents waking up to the fact that sheltering kids from dangers  and the rest of the world may not benefit them? I have no idea. But, the experience of waking up to see a 9-year old gone and off on his own to play outside (tenkara fish nonetheless) was one I needed to share.

When I was 9 years old, 22 years ago so not many generations ago, I was playing outside on my own and with friends of my age a LOT! And, I should mention I grew up in a big city in Brazil, which never gave me the impression of being particularly dangerous but I’m sure many could disagree. I would go off into the woods and parks, pretend to build shelters and try to make bows and arrows, with a pocket knife and everything. I can’t remember how old I was, but I have one of my fondest fishing memories come from that around that age when my younger brother and I rode our bikes to a nearby lake to catch some panfish (interestingly using telescopic bait rods, which were the easiest to carry in our bikes). I’m very grateful my parents let me go off on my own and play outside. It gave me a lot of confidence to face the world outside of home on my own, it allowed me to be a fairly resourceful person, and of course, it inspired my great love for the outdoors.

My wife and I waited a couple of hours and then took the dog for a walk to the lake to see how Kyosuke was doing. Funny how she and I were a little worried while his mom was not even thinking about it, she’s used to being on his own. Kyosuke had ridden his scooter to the lake with a tenkara rod (which he’d proudly bought on his won a few days earlier) and ready to find some fish. I’d imagine this will be a fond memory of his eventually and like myself, he’ll be grateful he was allowed to play outside.