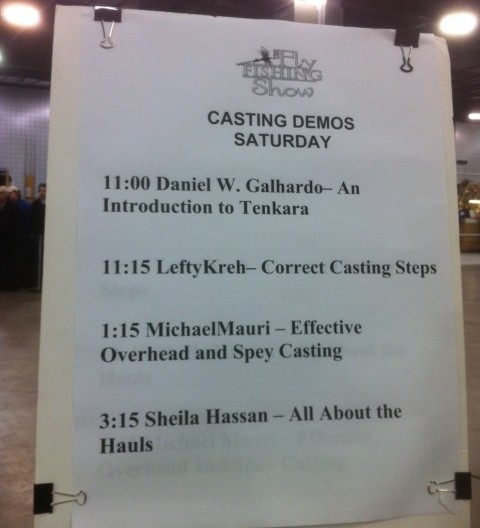 While you may have assumed I would have taken his “assessment” personally and badly, I was actually very happy to see the level of “buy-in” on tenkara from one of TFO’s most prominent advisors (interesting, which points to TFO’s page on Mr. Kreh: “There is an old view of fly fishing that has circulated around the sport fishing community for too many years that fly fishing is an “elitist” sport. This view, which has long been troublesome for Lefty, has been perpetuated, in large part, by the fact that fly fishing gear was very expensive.”)

We are looking forward to TFO’s entry into the tenkara market. While not pleasant to deal with a company with deep pockets, it reinforces the fact that tenkara is here to stay. It will help introduce many people to the method, and by default to our company via our videos and other content. Our main concern is the fact that neither TFO and not a single person there has any idea whatsoever of what the method really entails, no one from their organization will go learn tenkara – the method. Unfortunately they may just butcher it. We look forward to TFO’s customers realizing that they really do not need their reels, short rods, and rod guides.