Yesterday I was able to spend time with the well known Mr. Katsutoshi Amano. One of the few people considered to be a living tenkara master in Japan, Amano-sensei is very well known in fishing circles in Japan. He may be the longest-living practitioner of tenkara in Japan. And, his fly-tying is very simple and interesting, for he uses no vise, and eyeless-hooks. 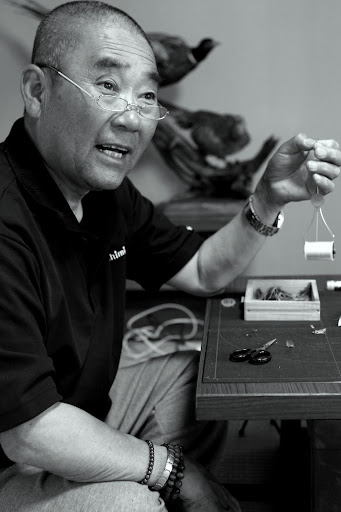 This was our second meeting, the first time was a few weeks ago, when Amano-sensei was teaching a class on tenkara with Dr. Ishigaki and Kurakami-san. We fished together for 2 days and also sat down for a fly-tying demonstration at the end of day 1. 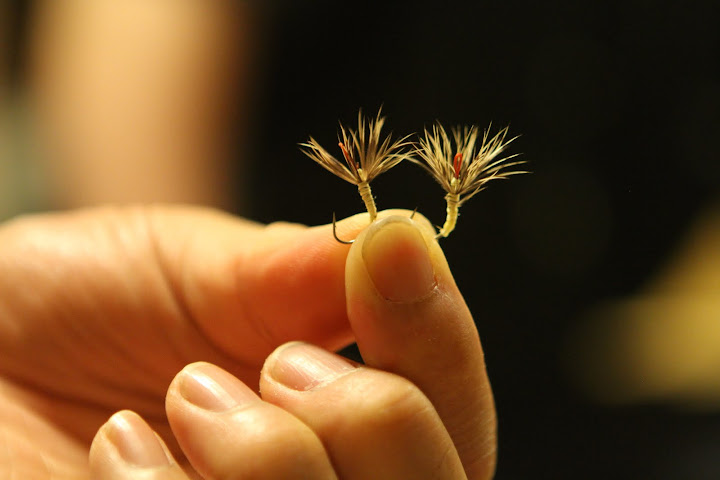 He struck me as a very interesting character and as someone who would probably have a very interesting tenkara history to tell. I wanted to ask him many more questions, so asked if he could spare some time to do a fly-tying demonstration and interview. He invited us to his minshuku (a type of hotel that is relatively inexpensive and offers food) in Hagiwara (15 minutes from Mazegawa). If you ever come to this area, you may want to spend some time at his place, at least stop by for lunch as there is a wonderful collection of fishing tackle at his minshuku.

As far as I am aware Amano san is currently the person who’s been practicing tenkara the longest in Japan. Mr. Amano has been tenkara fishing since he was about 13 years old, about 50 years now. I asked him if he knew of anyone who’s been doing tenkara for that long, he thought hard but couldn’t think of anyone else. His first encounter with tenkara, at the age of 13 or so, was on a day when he was bait fishing but having no success. He noticed a person doing tenkara upstream from him, who was catching fish. He also noticed insects flying around. From that time, he started teaching himself the art of tenkara. He never had a teacher; all of his learning was through observation of the occasional tenkara fisherman he would see, and through experimentation and trial and error. He said that, unlike today, when he started doing tenkara, the practice of different activities was generally kept secret. One would have to “steal” the knowledge from others via observation, and that’s what he did. He couldn’t ask someone to teach him. Nowadays he helps teach fishing classes throughout the country, and helped establish a “Fishing Academy” where people may learn more about fishing.

Through many years of experimentation, Amano-san also settled for the fly design he currently uses. As most tenkara anglers, this is the only fly-pattern he uses. A simple fly, also tied with only thread and hackle. He uses no vise, saying he’s got two hands, so he doesn’t need one. 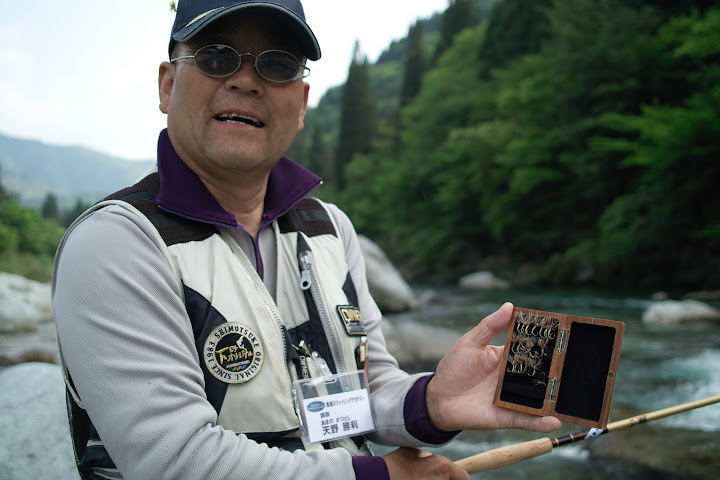 Amano san practices many types of fishing, tenkara being just one of them. At one point, Mr. Amano was a professional fisherman, catching ayu fish to sell to local hotels and markets. He occasionally also fished commercially for amago and iwana (the local trout), but those he tended to reserve for sport. Despite this history, Amano san is a conservationist and realizes that the streams of Japan are not what they used to be. Damming of rivers, and the concrete walls erected on the banks of streams have damaged fishing. Nowadays, Amano san vehemently opposes and fights against dam construction in Japan. He is also a strong proponent of catch-and-release or at least imposition of limits on streams in Japan, especially the Mazegawa, where he would like to fish more often, but fishing is considered too difficult nowadays. He did say that if one can master the Mazegawa, then one can fish anywhere in the world – I think there are just too few fish left on this river. We both agree catch-and-release would do wonders to this river. 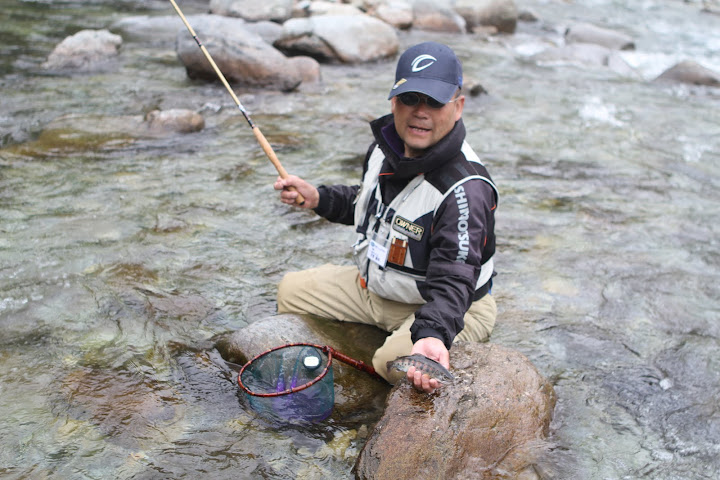 One interesting thing Amano-san said is that it took him 20 years to realize that tenkara (or fishing with a fly in general) is the ideal tool for some situations but not all. It may be his favorite method of fishing, but sometimes he thinks that using bait will be more effective. He says there are days when using tenkara is the most fun a person can have and will be the most efficient method he knows, on other days bait fishing is better, and yet on others one should just stay inside. This, he realized after 20 years of fishing tenkara. 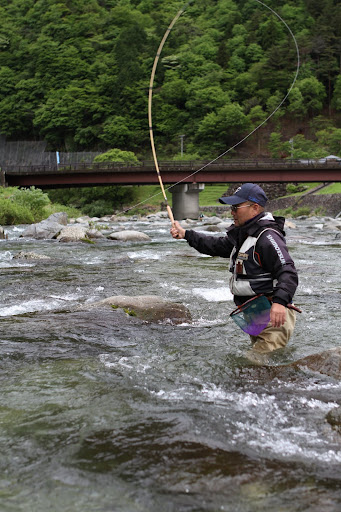 « Japan as a mountain painting Today’s view from my room, and tenkara fishing »