This is the photo of a Japanese char, the Iwana, which I took on one of my trips to Japan. Iwana translates roughly as “rock fish”. Aptly I caught this guy on the Tenkara USA Iwana rod. It is said they can “walk” on rocks to get back to the water, and legend has it that they can use that ability to cross paths and get on different waters if their stream is drying up. I can vouch that they can use their fins to stand, though I haven’t yet seen one walk from one stream to another. 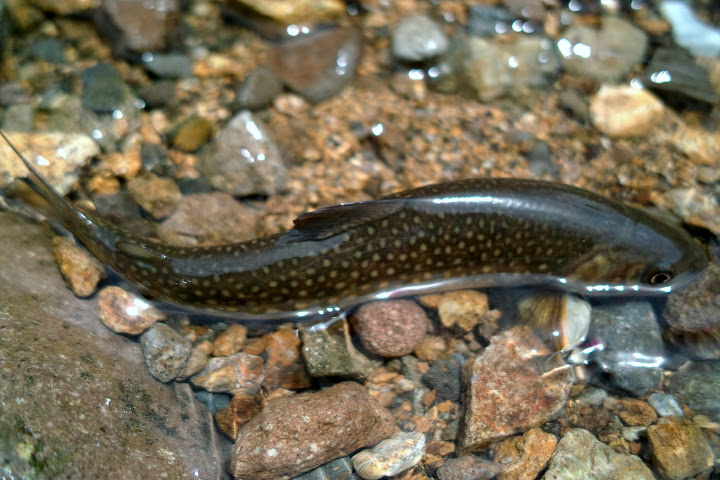