Is Terminal Tackle Killing your Versatility? 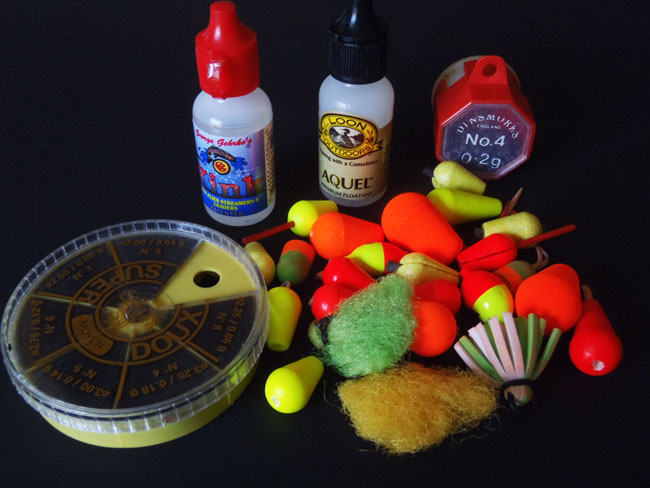 After recently rewatching Ralph Cutter’s excellent Bugs of the Underworld DVD, I came to three conclusions:

Like many, I was taught early on that the best way to fish nymphs was with a strike indicator, split shot, and with a perfect dead drift right on the bottom.  I spent a lot of time adjusting my rig trying to get the fly as deep as possible and eliminate drag. The perfect drag-free drift became my obsession.

I caught fish but I always hated the way the weight of the split shot and wind resistance of the strike indicators cast.  It was unwieldy, awkward, ugly.  Fly fishing is supposed to be elegant but to me, fishing with an indicator seemed more like bobber fishing.  And I’ll admit I always felt a certain sense of guilt using one.  It just didn’t seem natural to me (and it certainly wasn’t elegant).

I also always hated the fact that I felt “sentenced” to fishing at a certain depth once I finally got my split shot and strike indicator dialed in.  Seems like as soon as I did, the fish started rising.  Then I had a dilemma:  should I ignore the sporadic rises and keep nymphing or re-rig with a dry or emerger pattern?  It seemed like whichever option I chose, I was missing opportunities and was being limited like Harrison Bergeron.

Then I had somewhat of an epiphany the first time I watched the DVD.  I saw stonefly nymphs floating upside down in the middle of the water column as they wiggled their legs, mayfly nymphs undulating, and caddis larvae writhing and twitching as they drifted down stream.  They weren’t drifting right along the bottom and being scooped up by trout like a snow shovel.  Nor were they in anything resembling a “dead” drift.  In fact they looked very much alive.  So why had I been fishing my flies as if they were dead for so many years?

It struck me that if you wanted to design the worst possible presentation to imitate what insects are actually doing underwater, it would go something like this:

Sound familiar?  It wasn’t until I saw this video that the tenkara techniques really made sense to me.  At first, tenkara really seemed counterintuitive since it really meant fishing higher up in the water column rather than right on the bottom (the way I had been taught).  But now, I understood why it works (and why it’s more versatile).

For one thing, the tenkara method gives you the option to move the fly and make it look alive. And traditional tenkara flies like sakasa kebari have prominent reverse hackles that facilitate this by pulsing a lot in the water (like a real insect).

But tenkara also gives you the option of being able to switch to other presentations without having to re-rig or adjust terminal tackle like split shot and strike indicators.  On one cast, you can pulse the fly downstream and on the next, dead drift it. And when you do want a dead drift, tenkara is much more effective than a western rig because you can keep all of your line off the water and don’t have a heavy plastic fly line behind your fly that is a slave to the current (i.e. no mending required).  And you can even make the next casts on or just below the surface; again, without re-rigging.

This ability to instantly switch presentations or fish different levels in the water column is where tenkara really shows the versatility that allows the angler to instantly adapt to quickly changing situations on the stream and take advantage of every opportunity. And let’s not forget that you can cast unencumbered by all that heavy, bulky terminal tackle making you look like it’s the first time you’ve ever touched a fly rod!

One Response to Is Terminal Tackle Killing your Versatility?

« The Story of the Vagabox Reaching and holding a fish – not like an eagle. »