I have been using Picasa for storing and sharing our photos for a long time. At first it was a handy way to organize the photos on my computer, and eventually I made it our central repository for Tenkara USA photos. It was easy to upload full-resolution photos and share them. And then, Google starting messing things up. They tried combining it with that service nobody seems to use called Google+. And, instead of easily viewing the photos on Picasa, now people saw it in a Google+ page, which made it hard to download the file.

Today I uploaded a large batch of photographs from the Tenkara Summit and a few funny things happened. Without me wishing it, Google combined a few images into multi-photo compositions. And, it combined others into animated Gif files. Some of them worked out well – pretty smart system. But, I didn’t want them, nor need them. So much for using Picasa for our photography needs, time to find a new service. But, in the meantime I’ll share some of the funny things it did today:

Here’s TJ, happy to be in a Virginia brook trout stream

And a collage of 3 photos of him: 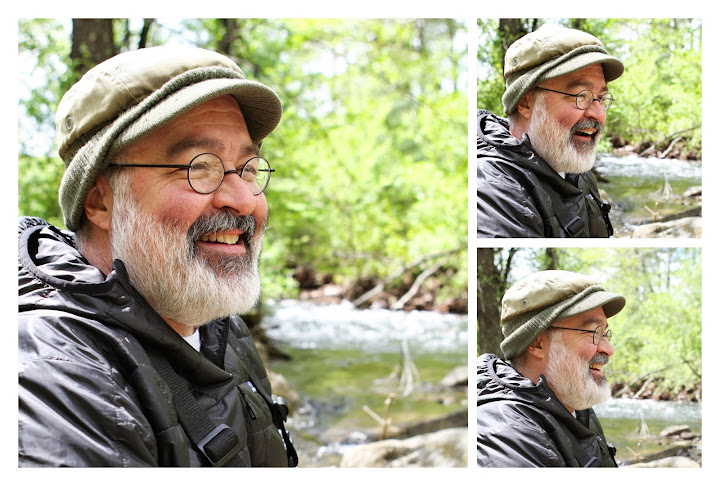 The water was running high, covering the base of many trees. I spent sometime shooting this one.

Here’s John working on a dead-drift. I wish he had caught a fish right there:

And, here he’s working on a different section of the stream in Virginia

And, TJ awestruck by the sudden snowfall we experienced:

And, TJ having fun with the bluegrass music in the background: