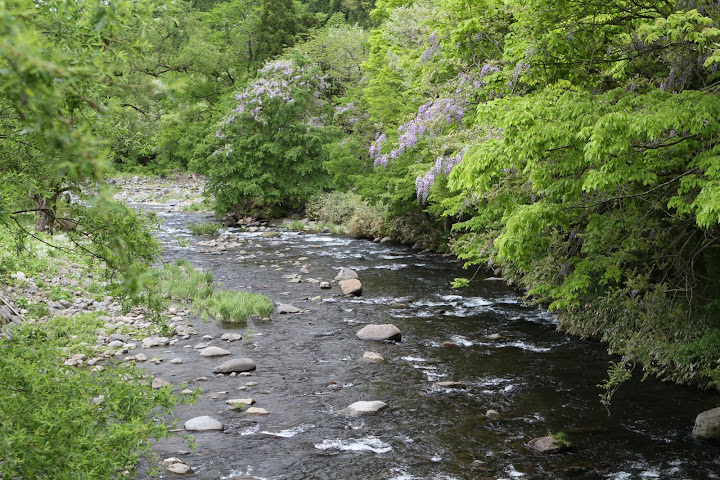 The character for the fuji flower (藤) is the same character as Fujioka-san (藤岡), so they joke that’s his flower. This is the fish he caught just about an hour earlier: 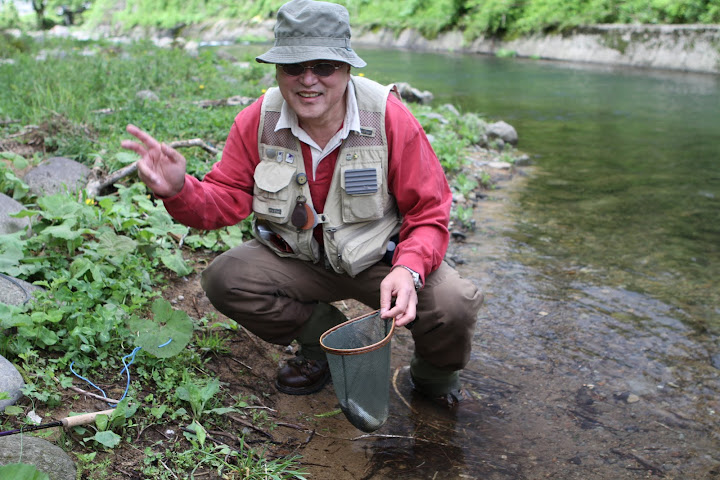 Fujioka-san with a nice Iwana 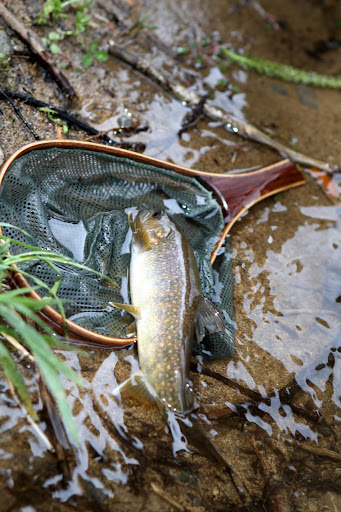 One morning I was able to get very close to the fuji flowers, they tend to be found a bit high, but a few hours before I was able to I had dunked my camera’s lens, a big SLR lens, into the water as I landed a fish. It’s what I call my karma neutralizer. I didn’t realize it until later, but the  picture I took was a bit foggy. Luckily I was able to get back there before the trip was over and take a better picture. 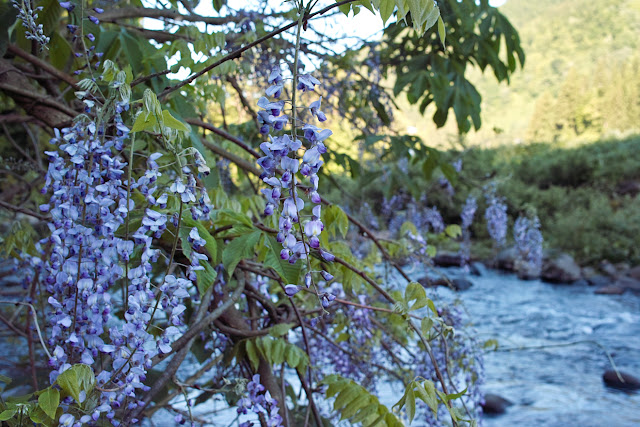 « Japanese newspaper Where in Japan were we? »