Fishing Kids of the Mazegawa

Today I’d like to share one of the memorable moments of this trip so far that does directly involve my wife or I. It was the sight of three young boys going fishing because they love it! As we took a break yesterday, Margaret spotted the 3 young boys speeding towards a stream that runs next to the fishing center. It was raining, and most kids elsewhere would probably be engaged in a video game. Instead, one was wearing a wetsuit and the others tagged along.

It was clear, even from a distance, that they were going somewhere with a purpose. I’m sure they see fishing as fun nowadays because they saw someone in their family doing it, and it was probably intuitive to them because someone taught them how to do it. Yet, yesterday, nobody suggested they go fishing. No one tried to make fishing easier for them, and no one had to convince them that fishing was “fun”. They live near the water and the streams and rivers in the area are their playground.

Pretty soon I’ll be writing about why one of the boys was wearing a wetsuit and the type of fishing he was going to do (a method called takuri). For now, I just hope the images can bring you the fun I had in seeing them going out on their own. We also got to enjoy the catch later on, some great ayu cooked shioyaki style. 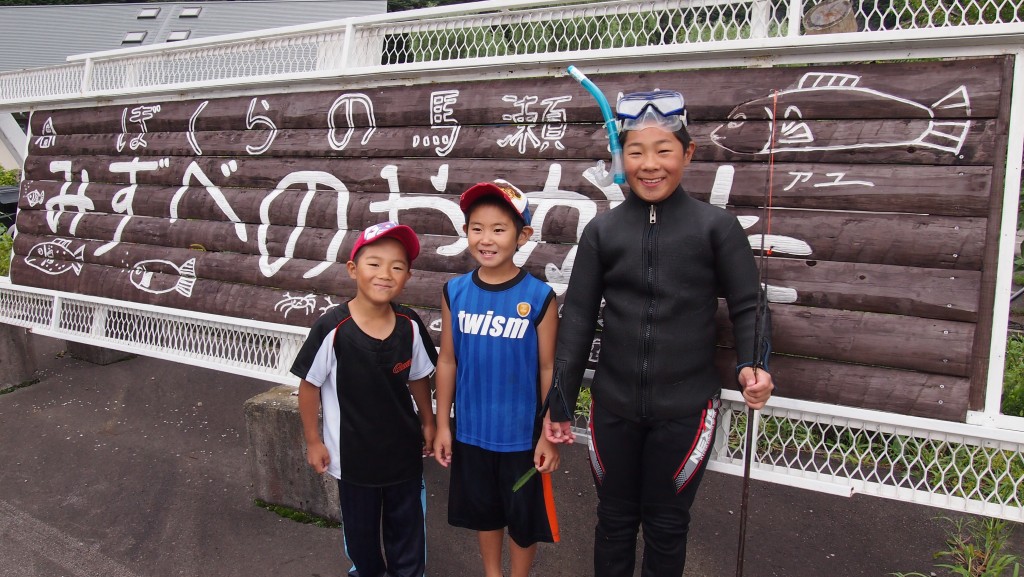 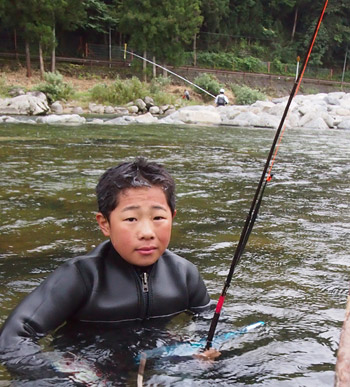 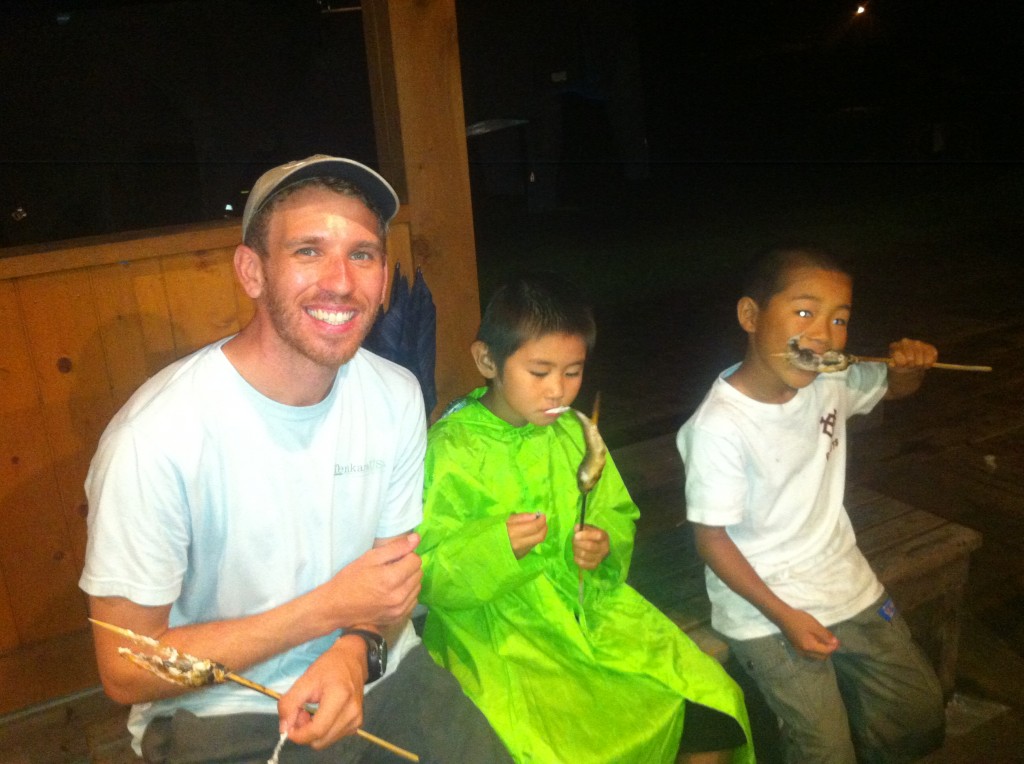 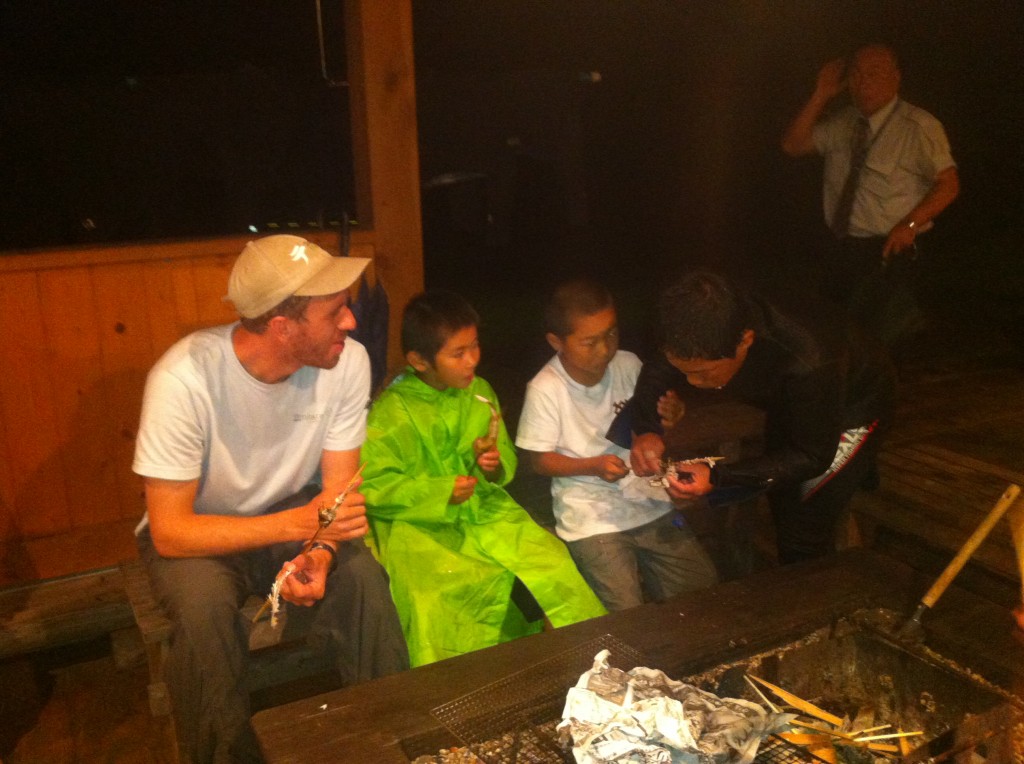 2 Responses to Fishing Kids of the Mazegawa