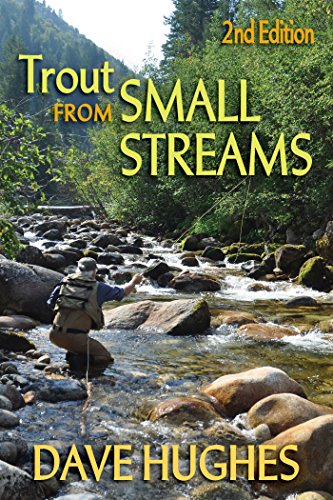 Today I received a copy of the new edition (2nd) of his book “Trout from Small Streams”, a classic book that certainly helped inspire my love for small mountain streams and some of my own philosophies on fly-fishing.

He had told me the new edition of the book contained a chapter on tenkara. Yet, I was not prepared to see such great content about tenkara in the latest version of his book. There are 21 pages devoted to tenkara. The tenkara chapter is part anecdotal with his stories using tenkara, part philosophical, and part instructional too.
In this chapter Hughes describes the experience of learning tenkara from me, writing, “[fishing with Daniel] turned out to be an education in a couple of ways. The first was in the simplicity with which Daniel lives…The second was my first in-depth, rather than shallow, instruction in the art of tenkara fishing. Daniel has gone to Japan to learn from traditional experts there and has obviously become one himself.”
Dave Hughes is one of the American legends of fly-fishing. In fact I can say I owe much of what I have learned about fly-fishing to him. Yet, unknown to many is the fact that Dave Hughes has been tenkara fishing for many years, longer than I have actually. Dave’s enthusiasm for the method can probably be attributed to the fact that he’s a big fan of fishing small streams, he’s also an open-minded inquisitive angler unafraid of trying something new, and his wife is Japanese and so they have been going to Japan together for many years. In one of those trips he picked up a tenkara rod and started playing with it, teaching himself some of the concepts of tenkara. Yet, he recognized there was a lot more to this simple method of fishing than first meets the eye. So, a few years ago we connected, and I had a chance to teach him what I had learned about tenkara from teachers in Japan (and, yes, I also have a hard time with the fact that I could teach Dave Hughes anything) . 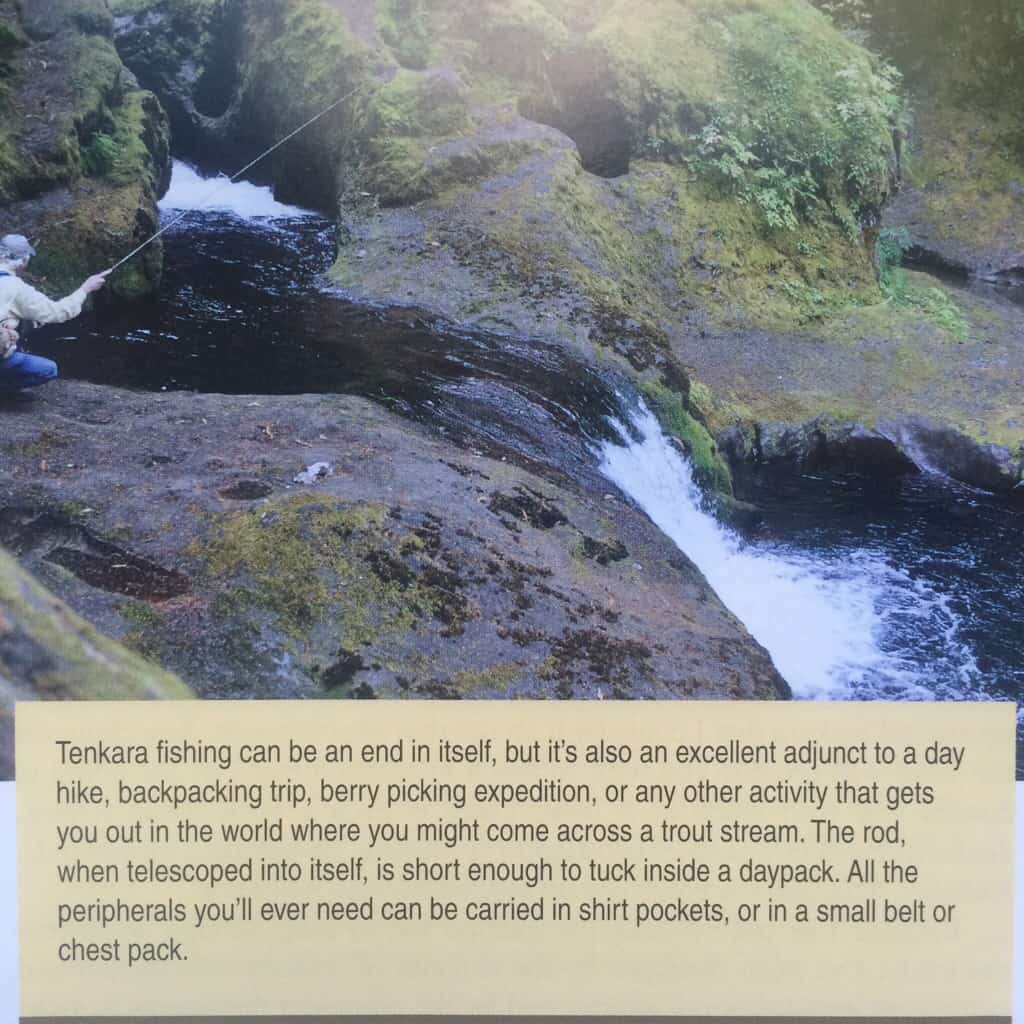 Dave indicates he shares the philosophy that I have been calling TENKARA+, which is the idea that “tenkara fishing can be an end in itself, but it’s also an excellent adjunct to a day hike, backpacking trip, berry picking expedition, or any other activity that gets you out in the world where you might come across a trout stream.” 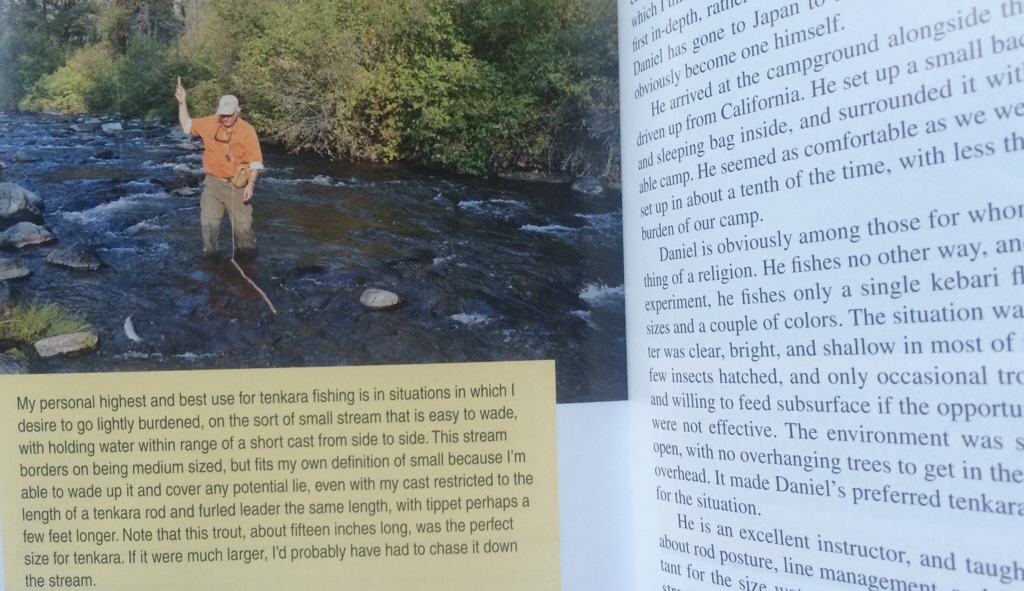 The one thing I’m still trying to get my head wrapped around is that this book and Dave’s words meant to me. As I mentioned above, Dave is one of the authors I looked up to when I started fly-fishing (and still look up to I should say). So, when I read in his book that I have actually taught him something new, you can imagine how I feel. Proud, humbled, and in the clouds don’t quite describe it exactly, but are very close to what I felt when I read, “[Daniel] is an excellent instructor, and taught Masako and me many new tricks about rod posture, line management, and fly manipulation that were important for the size of water we were on…”. And, then to have Dave FREAKING Hughes “admit to a mounting jealousy as I watched Daniel fish [and goes on about techniques he observed]”, geez, I’m not sure how to put it, but it just seems a bit too unreal. 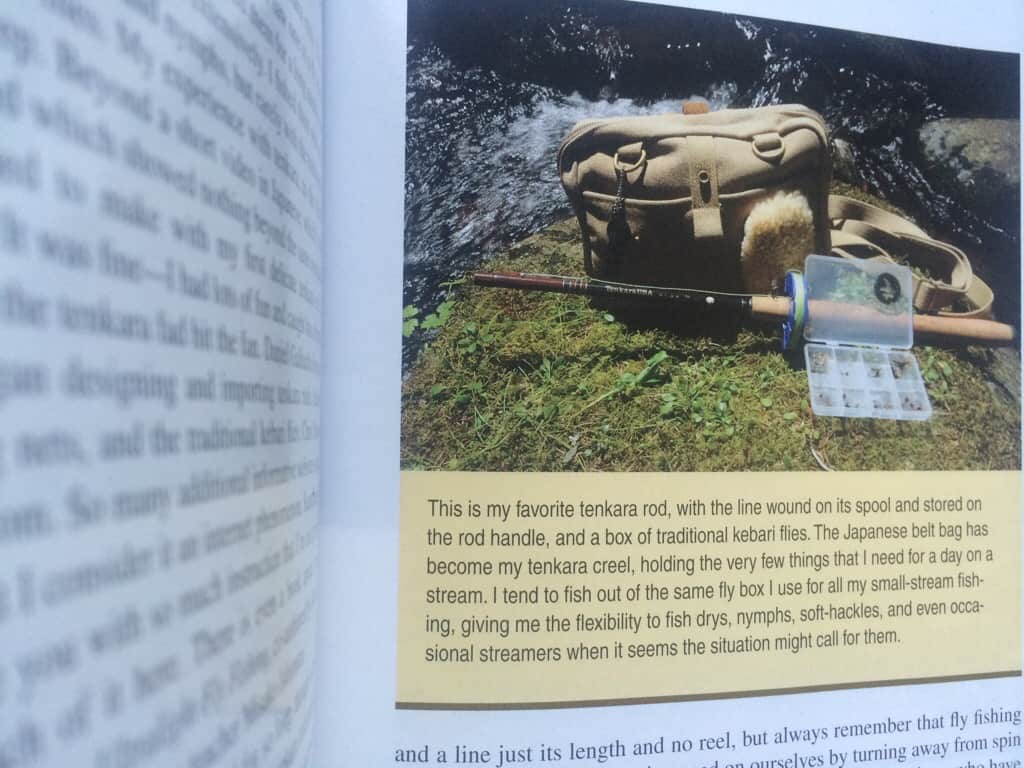 Dave’s favorite tenkara rod for sometime has been the 12ft Iwana. Yet, due to him fishing very small streams on a regular basis Dave was also intrigued by the adjustable Rhodo tenkara rod that we released this year, so I sent him one and  after using it he wrote to me,  “Masako [Dave’s wife] and I were just casting it on the lawn with various furled leaders, and she said this rod is a brilliant idea. I agree….Thanks for that amazing rod. You have my permission to say DH likes it a lot.”

3 Responses to Dave Hughes, Tenkara in “Trout from Small Streams”