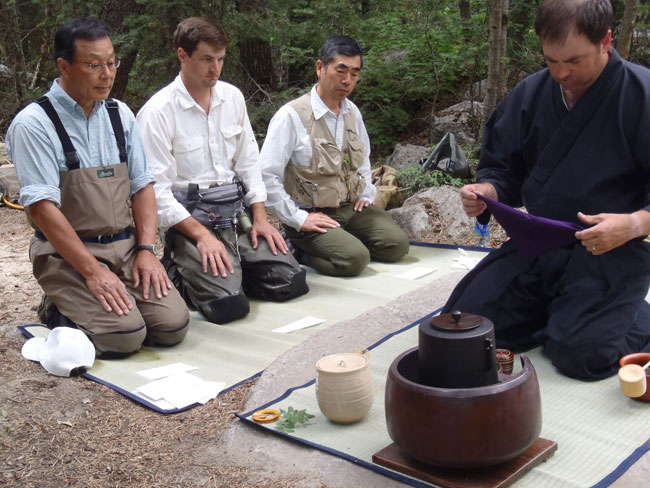 Never in a million years would I guess that a peaceful streamside tea ceremony would draw the attention of local law enforcement, but the day before this year’s Tenkara Summit, several tenkara anglers (including yours truly) almost spent the night in the slammer.

It started out innocently enough.  John Vetterli of Tenkara Guides has studied the meticulous Japanese Tea Ceremony and thought it would be a good cultural bridge to host a tea ceremony for our Japanese tenkara guests while we were fishing the Little Big Cottonwood. 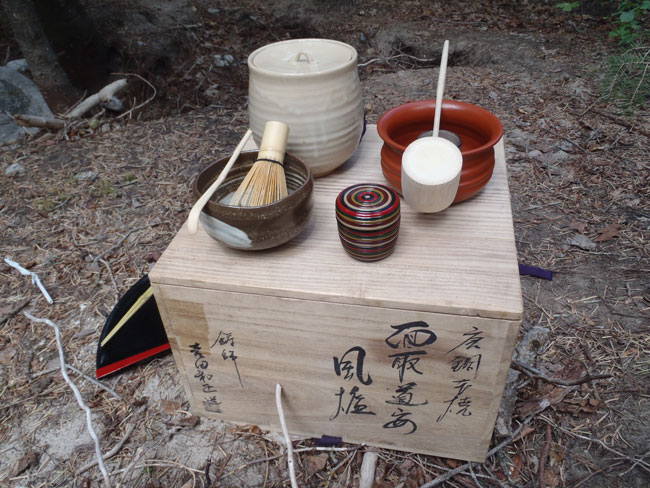 We all arrived at the stream, but the complicated ceremony takes time to set up.  There was a lot of gear to carry down and prepare so John did that while the rest of us went fishing.  The idea was to meet up later when the water was heated up and the tatami mats laid out (among other preparations).

In the meantime, John practiced one of his other hobbies while waiting for us to return:  Japanese swordplay.  Here’s a shocker:  a guy dressed in a black ninja outfit wielding a sword in the middle of the woods is considered “suspicious” by some people in Utah. 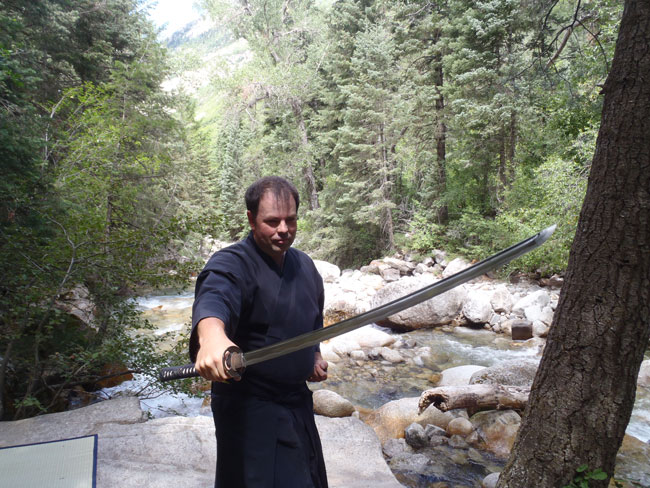 I guess I can see how this might look suspicious

I was taking a quick break from filming the ceremony (video to come) when I was approached by four very serious looking police officers.  They told me they had a report of a guy with a “big sword” and and “urn”.  The conversation went something like this:

Me:  We are hosting an event with some Japanese fly fishermen and are having a traditional tea ceremony.

Police:  We got a report about someone with a sword.

Police:  Do you have an urn?  Someone reported seeing an urn.

Police:  No, that’s OK.  (after scanning the situation from a distance). 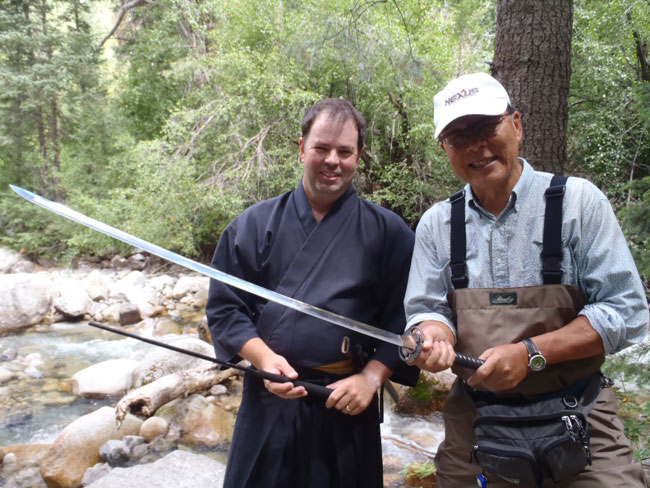 Dr. Ishigaki trades his tenkara rod for a Samurai sword

And with that, they left.  I can only think whoever reported the “urn” must have mistaken that for the pot the tea is heated in.  At any rate, the SLC cops were pretty cool about it even though it probably did look pretty suspicious.  It’s a good thing too.  Because I couldn’t really come up with a good answer to the requisite question, “what are you in for?”.

Here are a few more pics: 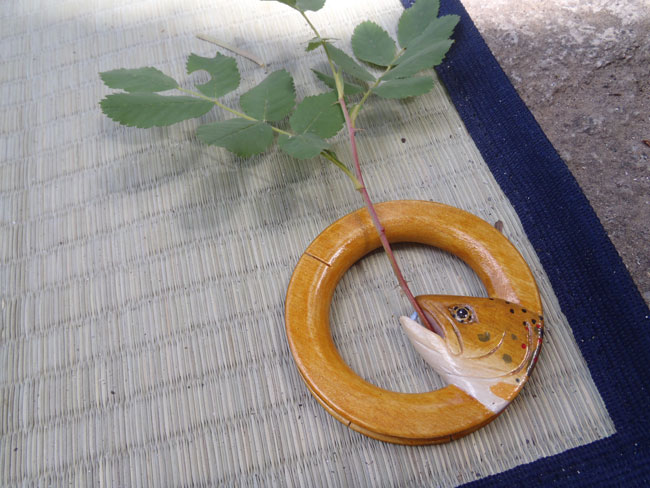 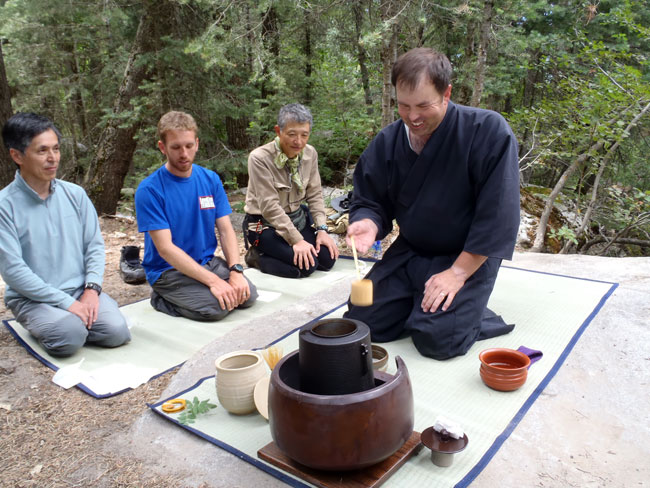 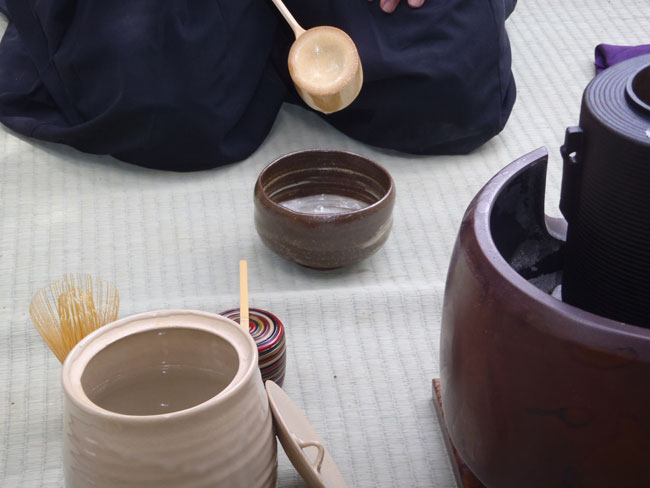 The ritual is beautiful but so complicated, you might just die of thirst before getting your tea 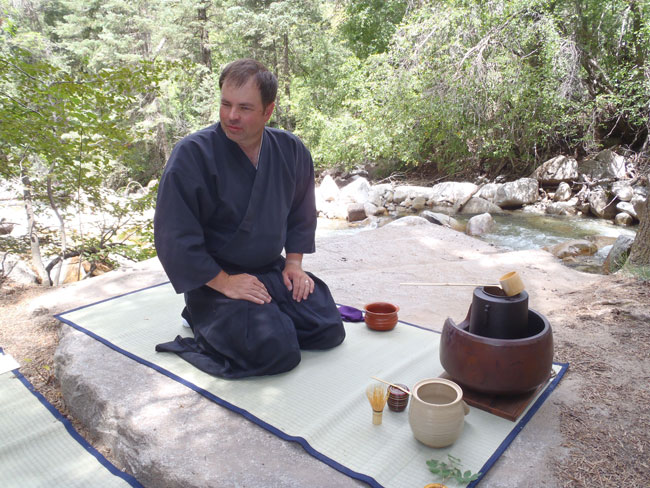 John getting in “the zone”