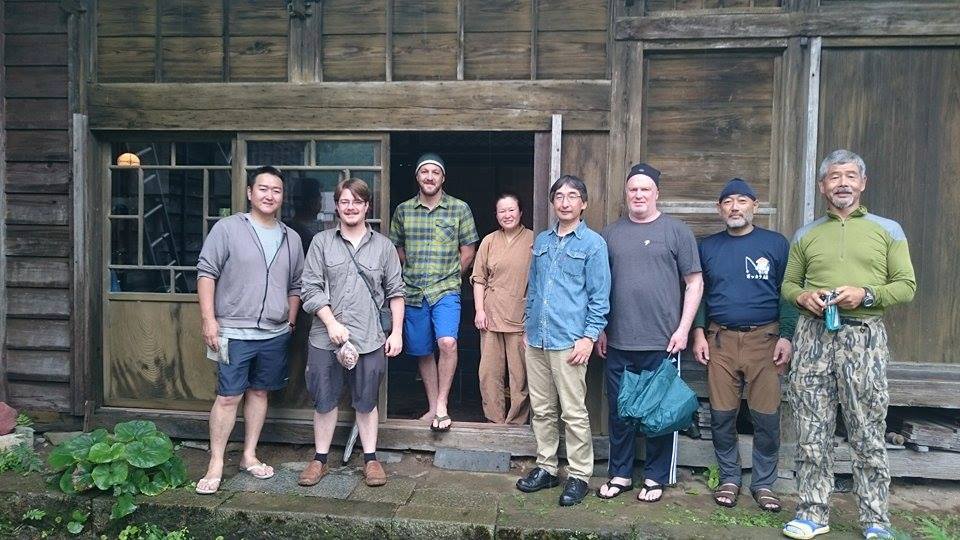 This blog entry is a transcription from the Tenkara Cast podcast episode “Conversations: Japan with Adam Trahan and Adam Klags.” We have had many requests to have the podcasts in this format and are happy to present the first one here. The podcast episode may be found here 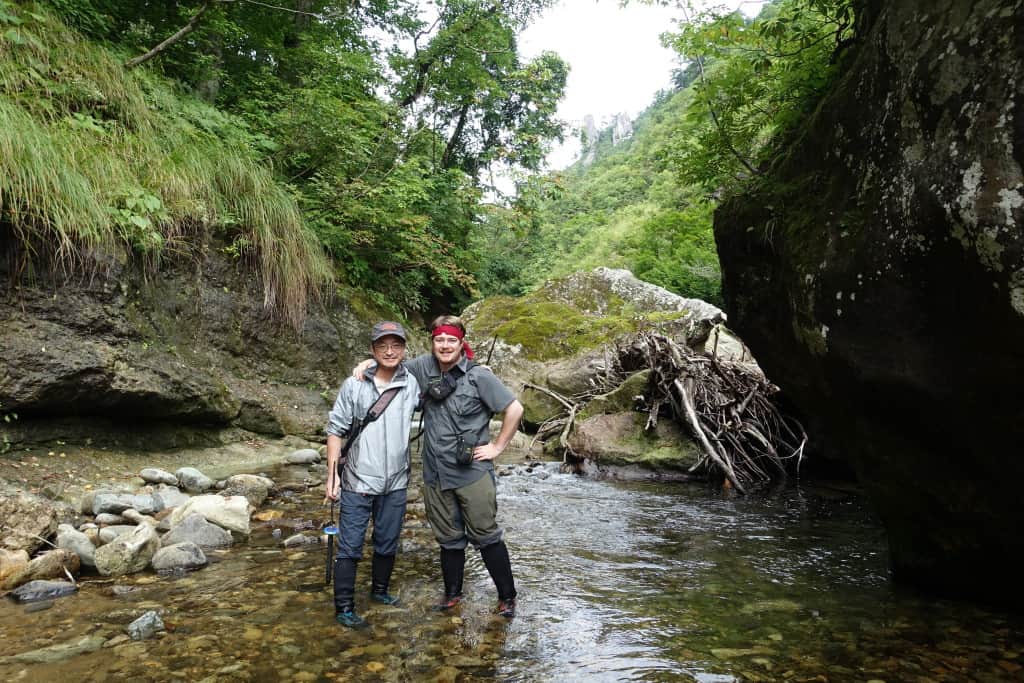 Adam Klags: Can we use the same names we got over there?

Adam Trahan: Yeah, I think we should, just for fun.

Adam Klags: Yeah, why not.

Adam Klags: That’s the names they gave us. [chuckles]

Daniel: Okay. So, for our listeners today we’re just getting the conversation started about Adam Trahan and Adam Klas’s recent visit to Japan and in Japanese there are honorific titles. Usually when you’re talking to somebody with more experience, you address them as “san”, a more respectful kind of a name. So Adam Trahan is going to be Adam-san and Adam-chan is the younger Adam (Adam Klags). Usually “chan” is essentially someone a little bit younger and I’m sure if Adam Klags is there by himself, he would have been addressed as san but he is the younger one, so he get the “chan”.

Adam Klags: Yeah, they said it had something to do also with personality that someone more playful or whatever, gets chan.

Daniel: It’s like a cute way of addressing people. Yeah, but very very kind as well. It’s not in any ways disrespectful. It’s just friendly. So we got Adam-san and Adam-chan on the line here so let’s get started on this conversation. So you guys recently went to Japan and by the way, this is the first time I’m ever doing a three-way phone call, so hopefully it’ll go smoothly here, but it’s always a little tricky.

Daniel: I should probably introduce you guys a little bit more, but I’ll probably have you talk to about yourself too. Adam Trahan has the website “tenkara-fisher.com”. And that’s where you can find a good forum of people and good reports and that kind of thing. Adam Klags, do you have a website? I think you do right?

Adam Klags: Yeah, I have a blog. It’s more of a personal journal, but it looks like a few people read it and it’s just called “Of Rock and Riffle”. It’s about backpacking and fishing, it’s not only tenkara fishing.

Daniel: So tell me guys, when were you in Japan?

Adam Klags: I got there a little earlier on September the 10th and then Adam arrived a day or so after me and we met up like 24 or 48 hours later. I just did some tourism things for fun. Things like the cat cafe or an Ala Cafe, the fun things Japan has to offer. [chuckles] And then we met up and we saw Rod Maker on the 11th and then our trip lasted until about the 21st. We did so much.

Daniel: Wow. Yeah, that’s a good long trip. And, Adam-chan, was that your first time to Japan or had you been there before?

Adam Klags: For me this is the second trip. Last year, I went in March and I had gotten to link up with Go Ishii and a bunch of his friends to fish in Nara, but I was there very early in March, so I couldn’t get a prime season fishing experience. So I was really psyched to get back there and see Japan again and fish again there.

Daniel: And, Adam-san, Adam Trahan, was that your second trip?

Adam Trahan: Second tenkara trip, I have been once before when I was in the military.

Daniel: And, when was your first one again? Has it been a couple years now?

Daniel: Thirteen. Oh, wow. So both of you guys have been to Japan a couple of times. I know Adam-san started making plans a little while ago and I actually wanted to join, but I couldn’t unfortunately. How did you guys connect and end up on this trip together?

Adam Klags: Actually, it was mostly Adam-san’s doing. I think I got lucky here getting invited because I was available and timing worked out for me. But also, I think there had been some interest in trying to get a few other Americans over to see what it’s all about and to meet. I think I just pulled a lucky ticket thanks to Adam and Go Ishii for that.

Adam Trahan: Pretty much that’s how it went. The first time I went pretty much by myself and came back and it was great but — I really wanted to share the experience with someone else. It takes dedication and money, and time, planning, and Adam-chan had everything that it took to go. So we met up in Tokyo and started our adventure.

Adam Klags: Yeah. Some of the credit goes to you too Daniel actually because we hung out in person for the first time at your summit last year. So we got to know each other then and that’s what made me know we would probably be a great travel duo.

Daniel: Nice. Yeah. That was the first summit. Yeah, I remember you guys hanging out for a little bit, that was a fun event with some whiskey flowing at certain points [chuckles]. And talking about whiskey, I did have a note to make sure to talk about food but maybe I’ll just bring that up right now. Actually Adam-san, Adam Trahan last time we talked a little bit about sake I believe and I know there’s like all these beautiful images of you guys in Japan and I was so jealous about the good amount of sake passing around.
[Laughter]

Daniel: And I believe you guys both share a little bit of that passion for sake and Adam-san has been talking about sake for quite some time.

Daniel: How was the sake this time Adam-san?

Adam Trahan: It was excellent. Adam-chan has a good palate for Junmai Ginjo, so I just don’t drink what everybody else is drinking, but in this case he led the way and picking out some good tastes and then when Ishii-san got on board and we went shopping, he led us through it, it was just everywhere. I forgot how many magnums we bought. I think it was like four or five or something like that.

Adam Klags: Yeah. That was the first run.

Adam Klags: He took us to the nice sake shop and he let me — I knew only a couple of them that I picked and he picked the rest and they were nice. Then when we got up to the bansho, we’d pick some more of whatever was available at that point.
Daniel: And we already have some Japanese words flowing around here. Adam-san, can one of you guys maybe tell us about the styles of sake. What are those sake names?

Adam Klags: So there’s all different types of sake and basically there’s grades and words in Japanese that people know for those grades are Junmai Ginjo, which means no alcohol added. Ginjo has to do with the milling of the rice, so they take the original rice and they mill off the outside to get to the good stuff inside and then there’s Daiginjo which takes that a step further and mills it down more. And then there are other words that will indicate how they actually ferment it. It gets more confusing from there. So probably takes a whole lesson but it was great. We got to try pretty much all the different kinds.

« Choosing a tenkara rod, tenkara line, and tenkara flies How to open and close an adjustable tenkara rod »