We always say that tenkara is much more about the experience rather than gear. I suppose we mean that literally in every way.

The other day I was talking to a friend who recently took up tenkara. Tenkara has been her first experience fly-fishing, Then she went out fishing with a group of anglers using reels.
The other anglers caught fish that day (1 or 2 each); she didn’t.
As she proceeded to tell me the story she said, “maybe the other kind of fishing would have been better there.” 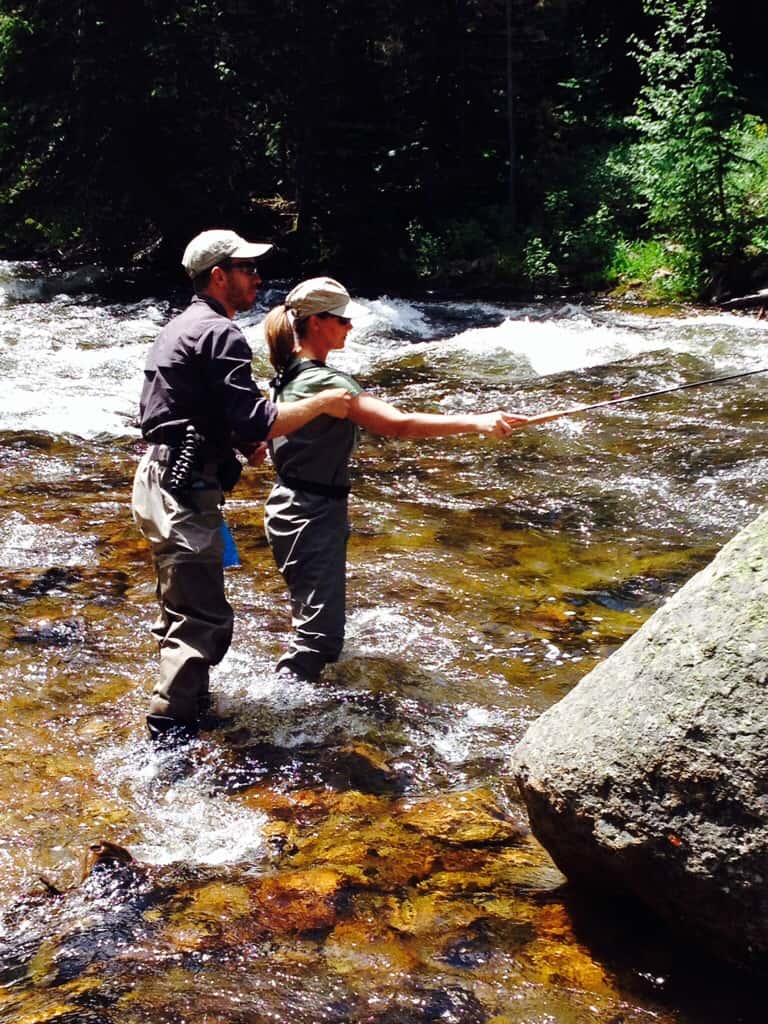 The point of this post is that our natural tendency will always be to blame the equipment, yet with more actual experience one can distinguish what really is important. Read on for what led me to reflect on this.

I asked about the other anglers experience. They were not that much more experienced than her. I asked specifically where they had gone, I knew the water well: moving water, roughtly 20ft across, lots of bends in a meadow stream. It wasn’t the water, which in my opinion is absolutely tenkara-perfect. In fact I had fished that particular session multiple times in the last couple of months, with great success.

Not having being there, I couldn’t say anything about technique, neither whether they could have been following anglers who were fishing pools first, ahead of them. But, I realized that’s likely a natural tendency: blame the equipment.

When we are fishing with someone with similar equipment, and more experience than us, we’ll likely immediately blame ourselves and our technique. We will own the responsibility that we could do better. Yet, lacking a companion with the same experience but similar equipment, we’ll immediately blame the first thing we can think of…”maybe tenkara was not the best there.”

I know that’s not the case, the equipment is rarely to blame, I know it very well. But, how do you get someone to believe you when you’re not there to show the case?

Then, on Sunday, I took her tenkara fishing along with 2 other friends. We all used the same equipment. In fact, the first stream we fished was a very small and tight stream, and as they were all just beginning I suggested that we took turns with one rod. I then would identify good pockets, and try to explain exactly why they were the best pockets and the best position to approach them from. As they fished I provided some suggestions when warranted.

It was a lot o fun to take turns fishing pools with equally good odds, all together, same equipment (including the same fly), and as best I could I also passed on my experience. Every one of the variables had been equalized, except for actual experience.

I let them fish first, and I imagine that among their first 10 casts at least on 2 they must have thought to themselves that the fly was the wrong size, or the wrong shape, or the wrong colors. After several attempts, I’d finally ask them to give it a try. I caught a fish. The thoughts of “wrong equipment” probably diminished dramatically, and then disappeared with the second fish. Their technique was actually good, casting was precise, line tight, follow the current for very good drifts. The only thing I knew was preventing them from catching a fish was not related to equipment, but rather it was just the actual experience of seeing this happen dozens of times to notice the subtle differences between a take and a line caught in place for a second in a whirlpool. (“Actual experience” is probably a good post all of its own another day.) 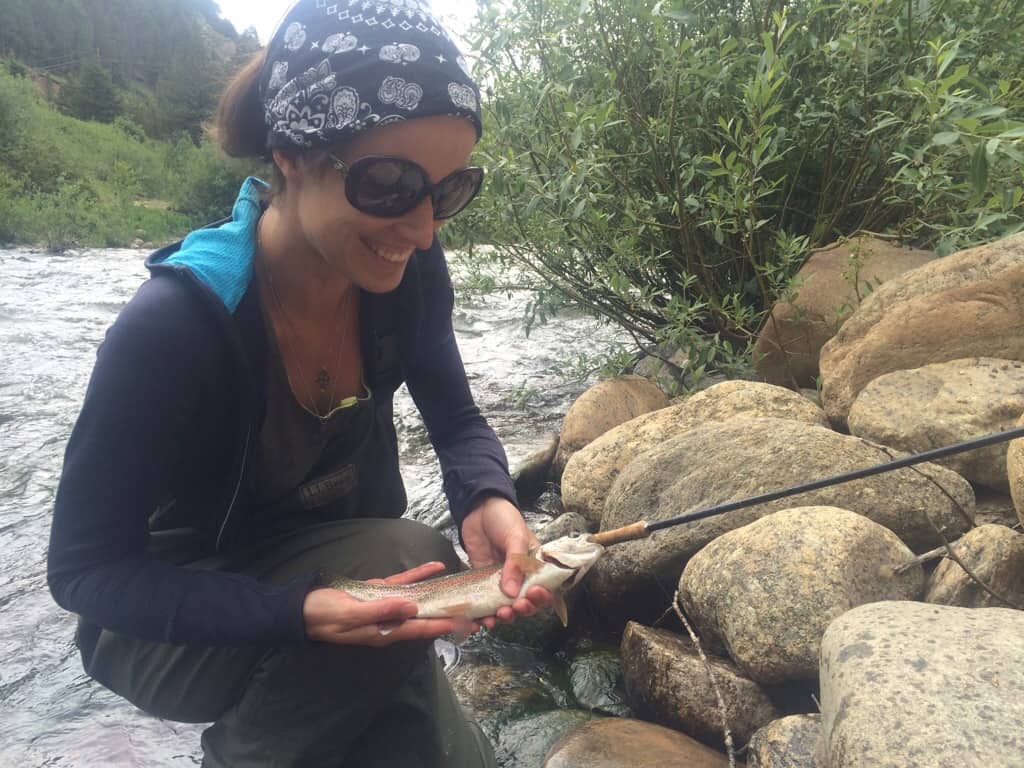 We moved to a second stream, this one wider, about 30-40ft wide. It was also more open, so I suggested we all just fish there on our own. Two of our rods were setup with larger flies. The two with larger flies happened to catch fish in the 40minutes we fished there, before the dark sky threatened with lightening and forced us to try yet a third stream.

As we drove to the 3rd stream, not very far away, my friend who doubted her equipment earlier suggested it was likely the larger flies (again equipment). I agreed that was definitely a possibility, especially with the high water we are having. Yet, I had a fair amount of confidence it was not the fly (equipment) today. I thought it was just the fact that the two rods with larger fish ended up in the best spots in our short 40 minutes.d

We parked the car for our third destination, I told her to keep the same fly and give me one of her flies and that I’d catch a fish with it. Once again we fished for a short period of no more than 40 minutes. Only one fish was caught…and it was with my friend’s fly.
Blaming the equipment is a natural first instinct in many of us. Blaming the equipment only becomes less instinctual as we acquire more actual experience. As we said, tenkara is more about the experience rather than the equipment.

7 Responses to Blame the equipment