We were very happy to learn that the newest issue of American Angler magazine (November/December 09) contains an article on tenkara fly-fishing. Unfortunately, there were a few mistakes made in the article. As the authority on tenkara, we feel the obligation to share some corrections. The article perpetuates some of the “myths” and misconceptions about tenkara, namely that it is all about dapping, and there is no casting involved. It also states that tenkara evolved from a method of fishing done by the samurai. As a result it does not give an accurate picture of tenkara to readers, and in fact builds on the thoughts found in some online forums by anglers who have never tried or seen tenkara in person.

The authors refer to dapping seven times throughout the article, and also say “no casting!” in reference to the ease of teaching fly fishing to kids via tenkara, but only talk of casting twice (and once in connection with dapping). Anyone who has tried tenkara will agree dapping is one of the least used techniques in tenkara fly-fishing (see our forum for discussion). Actual casting is necessary and tight loops are an integral part of tenkara fly-fishing. Dapping is a very limiting technique where one either lowers the fly to a spot, thus allowing for no reach, or where one uses the wind to blow his line into place. We wrote a post on how tenkara is not dapping in August: https://www.tenkarausa.com/blog/?p=257 . They also write “[tenkara is] an easy way to introduce kids to fly fishing (no casting!)”. True, it’s a very easy way to introduce kids to fly-fishing, but not because there is no casting; in fact it is a great way to teach kids how to properly fly cast. The article also says, “perhaps the most recognizable modern equivalent is Czech nymphing, the style of close high-stick indicatorless nymphing”. Czech nymphing is only one of the techniques that can lend itself well to the use of tenkara gear, and it’s primarily one that is being used here in the US as a form of adaptation of the tenkara. Generally, tenkara is more similar to using a soft-hackle wet fly, and tenkara anglers hardly use heavy nymphs. One would be more concerned to casting delicately to a rising fish or to a likely spot than swinging a heavy fly on the bottom. Tenkara is about casting tight loops, for delicate and accurate presentations. 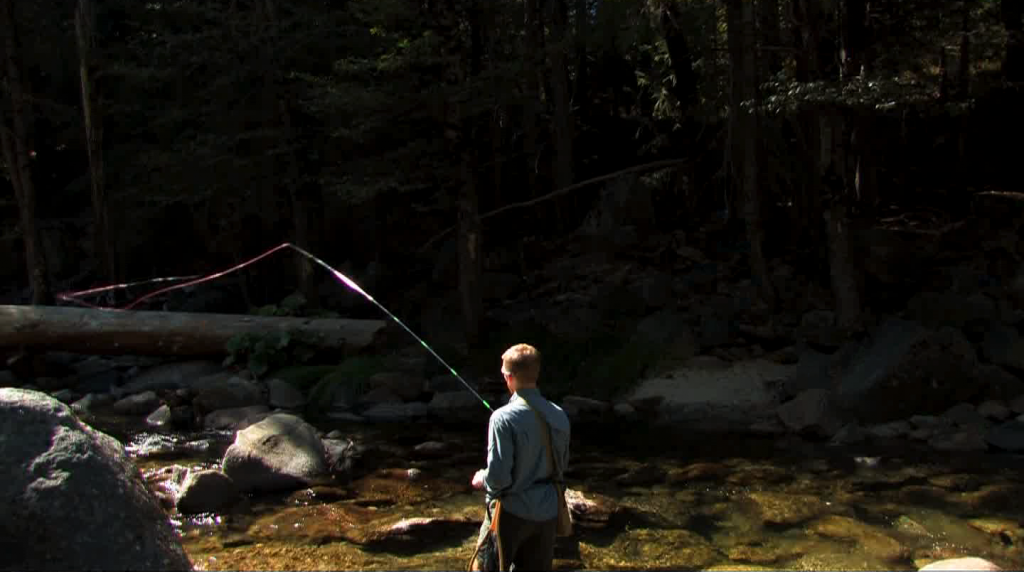 Accurate casting is a big part of tenkara

Here’s a new video we just posted on tenkara casting

The article also says, “In the Japanese equivalent of the Middle Ages, the ruling samurai class used a simple style of dapped-fly fishing as a practice to refine their swordsmanship and balance, meanwhile banning all others from fishing. Later, after the fall of the samurai, professional fishermen (some of them innkeepers looking to supply their kitchens) adapted the old samurai technique and Tenkara was born”. The first part of the statement is true and talks about ayu fishing, but tenkara was not adapted from samurai fishing. Our movie, “Tenkara in the Land of Little Rivers”, shows the story of the origins of tenkara and why the rods continued to be “reel-less” in Japan. Tenkara was originated in the mountain streams of Japan by professional anglers as a way to harvest food. The samurai, on the other hand, lived in the foothills and flat lands in Japan and practiced another style of fishing, known as “Ayu fishing”, primarily for recreation purposes. While both styles use flies, tenkara and ayu fishing developed independently of each other.

Tenkara has been a topic of much discussion on online forums this year, and some of them show the misconception many people have of tenkara. However, there is no reason these misconceptions should be perpetuated in a reputable magazine.