As we try to spread the word about tenkara, advertising can be a powerful tool (though not nearly as powerful as you spreading the word to friends and family!). We only advertise in magazines that have introduced their readers to tenkara. Their readers will be more predisposed to knowing what tenkara is, and we can then drive our brand and reinforce the concept. Advertising in magazines that have never covered it will do little for tenkara.

Recently, I was creating an ad for the California Fly Fisher magazine, a large format, “tenkara-friendly” magazine in California . As I worked on a full-page ad, I placed a rod on top of its open pages. As it turned out, the rod was the same size as a spread! Taking a full spread on any magazine can be an expensive proposition. But, I couldn’t pass up the opportunity to display a rod at “actual size” in its pages. It turned out pretty well. We’ll see now what the responses are like.

What do you think about the ad? What about print advertising in general? 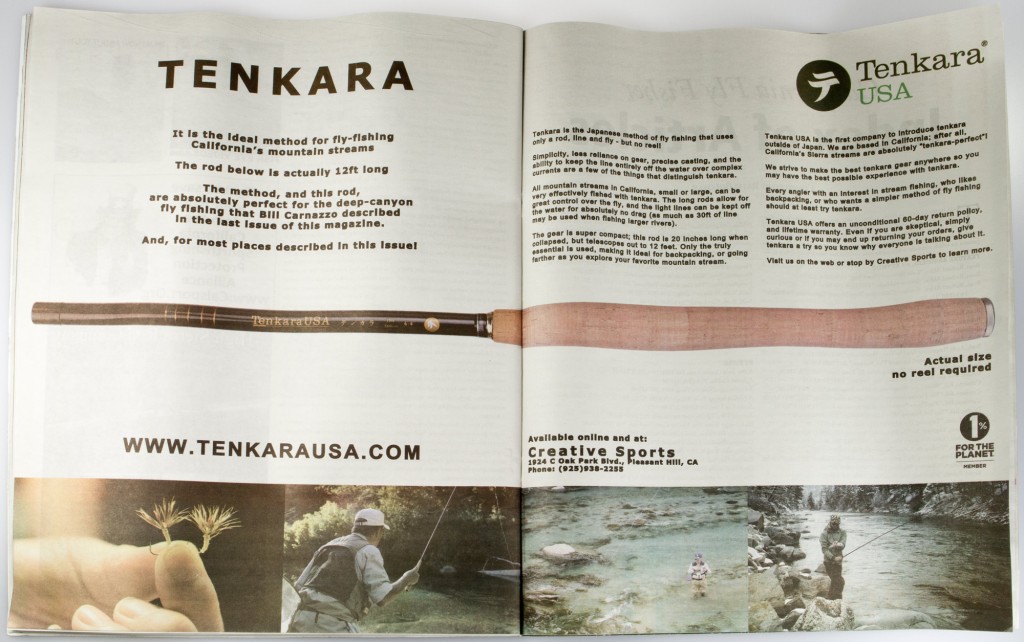 Two pages later, our friends Ralph and Lisa Cutter of the California School of Fly-fishing, and tenkara-certified instructors, published their own ad. I really like the imagery and simple uncluttered design of their ad. Not quite a mountain stream, and Lisa still has a reel in her hand, but certainly mountain/backpacking territory good for tenkara.

And, their article on page 20-21 on “Winter Stuff” (clothing and layer suggestions for winter time fishing) is right on, and very educational. At the end of the article they talking about how “icing guides and frozen fly lines are the bane of every cold-weather angler” and “simply dunking rod and reel in the water…” I imagine the article was written pre-tenkara, as they probably realize there are no guides to freeze, no reel, and one can even keep his gloves on! 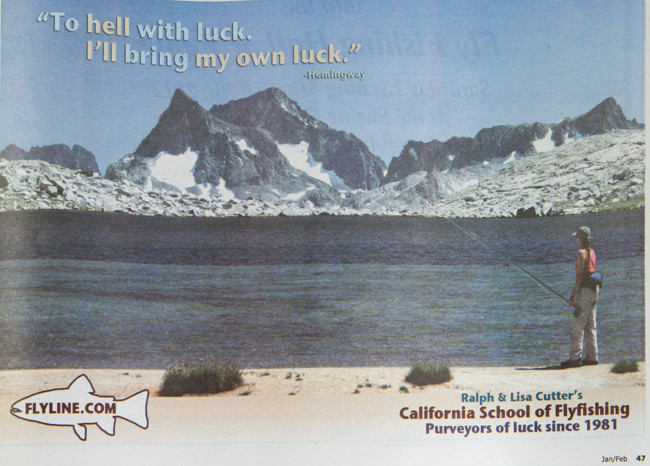 I took photos of these ads, so please forgive distortions, but thought it would look better than a proof of the ads.

« Tenkara at the Denver Fly Fishing Show Tenkara Catches On »