I have just returned home from a 30-day round-the-world journey that took me to 3 countries (Japan, Italy and the UK). It will take me a little time to digest the experiences and share more insights, tenkara how-to’s, videos and photographs with you.
But there was one photo that jumped at me the other day and I wanted to share it with you. 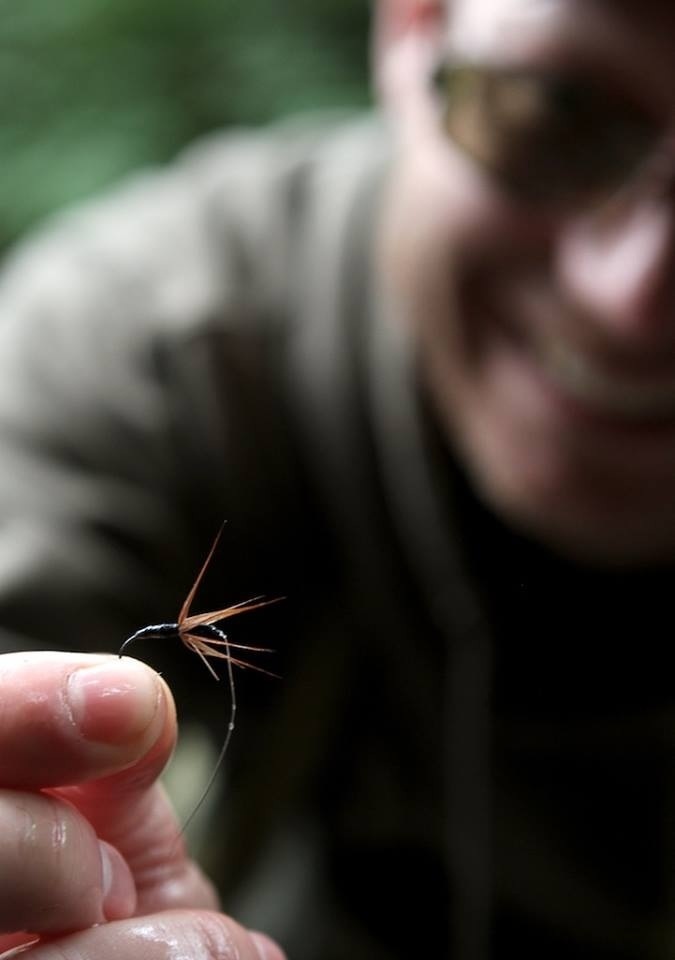 During this trip I tried many tenkara flies which were given to me by friends I made along the way. I used most flies given to me, even if they were not the “one fly” that I normally tie. After all they were in my box and because they were there, if the catching slowed down I had to experiment. Interestingly, not a single time did changing flies started producing more fish. I did catch fish on at least 3 other flies (one dry, a bead head nymph and a very small nymph), but switching back to my usual fly produced fish too and I can honestly say I didn’t notice any difference.
I realized a big part of my confidence and reliance on “one fly” stems from having left the others behind, and the biggest reason I like the idea of one fly is so I don’t have to think much about what I’ll be using, nor spend a lot of time working on flies or second-guessing my fly choice.
Regardless, in the last 30 days I have caught 8 different species/types of trout (Amago, Yamame, Yamato Iwana, Nikko Iwana, rainbow, leopard trout, Mediterranean brown trout, and brown trout), in addition to grayling, 2 types of minnows and a chub. I caught each one of these species on the Ishigaki Kebari. I caught these fish, with that fly, in shallow water and in deep waters. I fished with it in slow and super clear spring creeks, in steep tumbling mountain streams, in large rivers, in dark tea-colored waters, in notoriously difficult tailwaters, and in clear water for spooky fish. I also fished in hot and humid days, bright and dry days and in torrential rains.
Why did I do it? It was not a mission to catch as many fish species on “one fly”, it really was not that at all. I just did it because that’s the fly I had most of in my box and over the last few years I have gained a great degree of confidence that it works in a variety of waters and for a variety of fish. The greatest thing about it for me is freedom. This approach allowed me to travel to 3 countries with the same small fly box, without once having to go online to see what would be hatching in the waters. As I often say the one fly approach in the most difficult concept in tenkara for people to embrace, but I also find it to be the most liberating concept from this wonderful method.